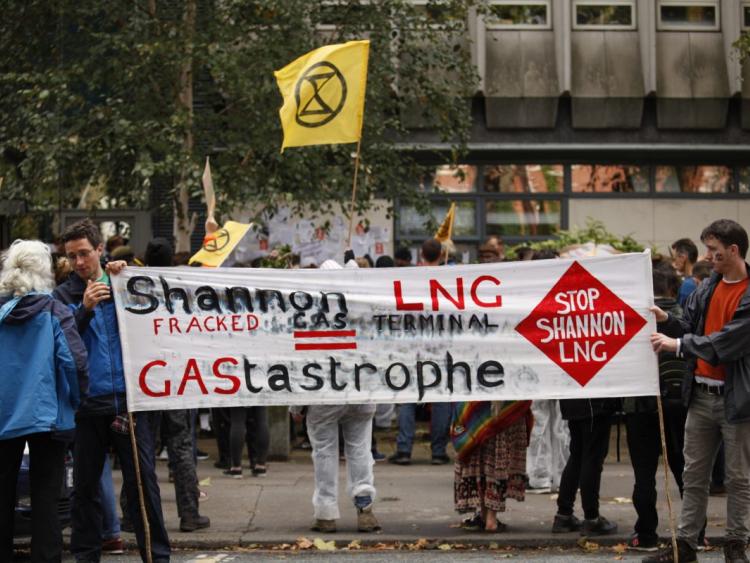 Community anti fracking group Love Leitrim have expressed their delight at this morning's ruling delivered in the High Court in Dublin which quashes all permissions for plans for the Shannon LNG import terminal.

If the development was allowed to proceed it would have seen Ireland become a European hub for imported fracked gas. Fracking was banned in Ireland in 2017.

The granting of the initial permissions has been contested by campaigners for 13 years as an environmental assessment was not legally or properly completed. The case in the High Court was taken by Friends of The Irish Environment.

Love Leitrim Chairperson Jamie Murphy commenting on this morning's developments said "First of all this a wonderful day for the communities in the Shannon Estuary who have worked tirelessly on this issue, in particular our friends in Safety Before LNG who we work with closely. It is a victory for all communities who have opposed the oil and gas industry and those who recognise that fossil fuels have no role to play in moving to a sustainable future or in tackling the worse effects of climate change.

"It is also a victory for the young people who one year ago in the RTÉ Climate Youth Assembly endorsed the proposal that Ireland bans the importation of fracked gas from impacted communities in places like Pennsylvania. We are calling on the Irish government to now fulfil the promise they made in the Programme For Government and deliver a ban on fracked gas imports. This can be done via an amendment to the Climate Bill which is currently undergoing pre legislative scrutiny. Such a ban would send a clear message that Ireland is not a market for imported fracked gas from anywhere, including Northern Ireland, where two companies have applied for licenses."