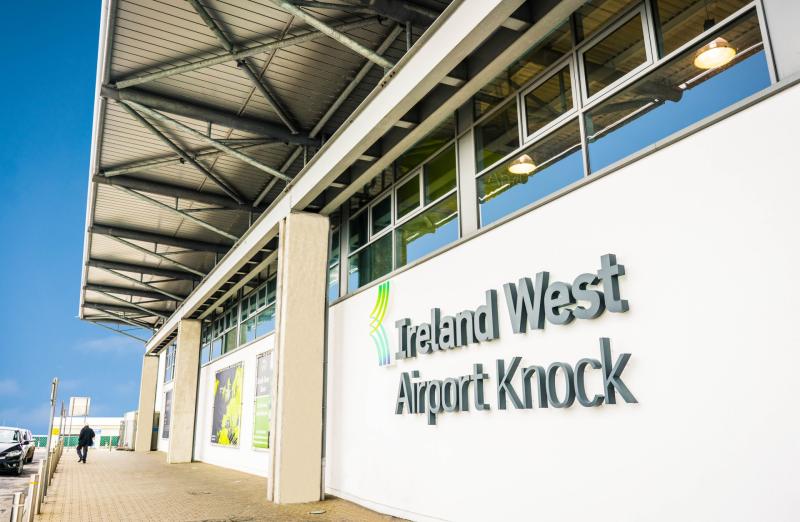 As part of this announcement operational support will be provided for regional airports including Ireland West Airport, to support the significant operating losses in 2020 and is recognition by Government of the importance of the airport to the region. The funding support will assist in protecting the airport’s cash position and positioning it for a recovery in air services as the Irish economy is expected to start to open up in the first half of 2021.

The airport looks forward to working with the Department of Transport in the coming days and working through the specific details of the additional funding programme for the airport as it seeks to subvent the expected losses of close to €4m this year with passenger traffic collapsing, from 807,000 passengers in 2019 to an estimated 145,000 passengers in 2020 – a passenger level last experienced in 1995.

Welcoming the announcement, Arthur French, Chairman, Ireland West Airport, said "I wish to thank the Taoiseach, Ministers Ryan and Naughton and our local TDs, political representatives and the Western Chambers for their strong support for the airport and the regions it serves. Without this ongoing support and that of our Local Authority shareholders the airport would have been in a critically vunerable position through the COVID-19 pandemic. Furthermore we welcome the new national airport charges rebate scheme covering the first three months of next year which will provide support for our airline partners for the restoration of critically important air services at the airport and support what we are confident will be a strong demand for travel once the pandemic subsides, as there remains significant demand now more than ever within the West and North West of Ireland for critically important regional connectivity with our key markets in the UK and Germany, Italy, Spain and Portugal."

Independent Deputy Marian Harkin also welcomed the funding. “The impact of Covid-19 on our regional airports, including Ireland West Airport Knock, has been devastating with closure until December 12th. Thankfully, today the Government has announced an extra €48 million in spending for airports on top of the budget allocation of €32 million”, she stated.

Regional airports in Knock, Donegal and Kerry would get €6 million in operational supports and every penny of this was needed as the operational losses at Knock airport, for instance, already amounted to €4 million this year, she said.

"It was also crucial that a proper testing regime was operational in all regional airports so that passengers can use these airports safely and with confidence once air travel resumes, she concluded."

Senator Eugene Murphy welcomed the funding saying, “Ireland West Airport Knock is a vital life link for the west and north west region from both a business and tourism point of view. It provides an essential connection to global markets for regional businesses and also provides a gateway for much needed tourists and in attracting foreign direct investment into the region. It is most welcome that the Government has allocated an additional €6million in supports for 2021, in addition to the €21 million in funding available under the Regional Airports Programme."