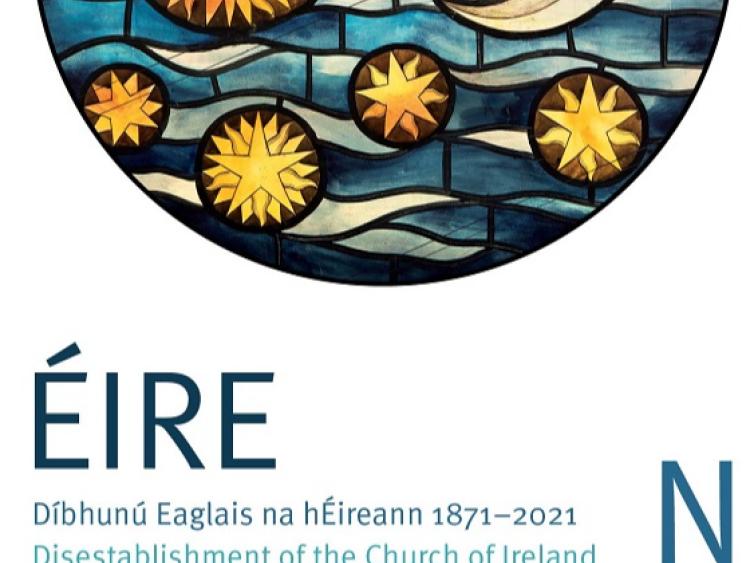 A new stamp marking the 150th Anniversary of the Disestablishment of the Church of Ireland issues today from An Post. The  €1 ‘N’ rate stamp, by Dublin’s Vermillion Design, features an image of the sun, moon and stars stained-glass panel in the Cathedral of Saint Fin Barre in Cork City.

The Church of Ireland was officially disestablished on 1 January 1871. This meant it was no longer tied to the Church of England or to the State. Disestablishment (along with Home Rule and the Land Act) was part of British Prime Minister William Gladstone's efforts to deal with 'the Irish question'. Disestablishment was of national importance, removing the status of a state church that had commanded the allegiance of only a minority of the population. 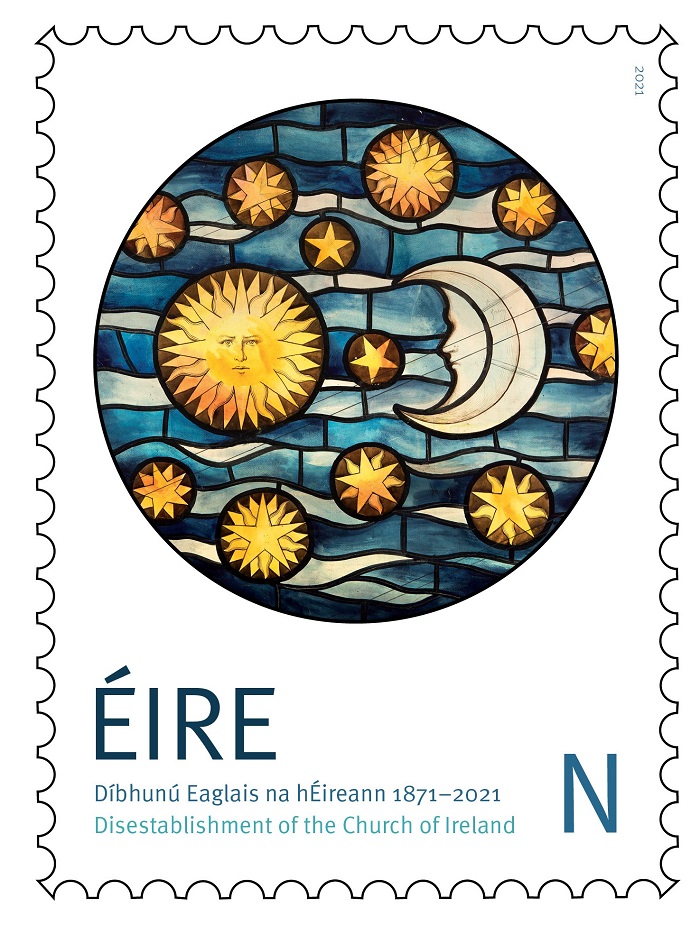 The Most Revd Dr Michael Jackson, Archbishop of Dublin and Bishop of Glendalough welcomed the new stamp saying: "Disestablishment has enabled the Church of Ireland to be free to shape its own future. Today's Church of Ireland wants to invest the energy of that freedom in the life of today's Irish society.

“When the Irish Church Act 1869 dissolved the union between the Church of Ireland and the state, an early strategist of the disestablished church said that the Church of Ireland was ‘free to shape her future course, independent of state control’ and focus on its own personal and spiritual mission.

“Disestablishment would see the Church of Ireland becoming an entity in its own right from 1871, tied to neither the Church of England nor the State. It has enabled the Church to find afresh its independence and mission. It has conferred freedom for laity and clergy to develop a synodical way of life and understanding and to engage with confidence with those of other traditions”, he concluded.

The Sun, Moon and Stars panel is one of the 74 windows in St Fin Barre’s Cathedral featuring the  watercolour paintings of William Burges, who was awarded first prize in the architectural competition to rebuild the cathedral in 1863,  and Horatio Walter Lonsdale. The image was reproduced by the kind permission of the Dean and Chapter of the Cathedral.

The stamp and a special First Day Cover envelope are available from today at anpost.com/shop (with free delivery) for 12 months,  at the GPO Dublin and main Post Offices.

Also read: 40 gardai in Sligo, Leitrim and Donegal not at work due to Covid