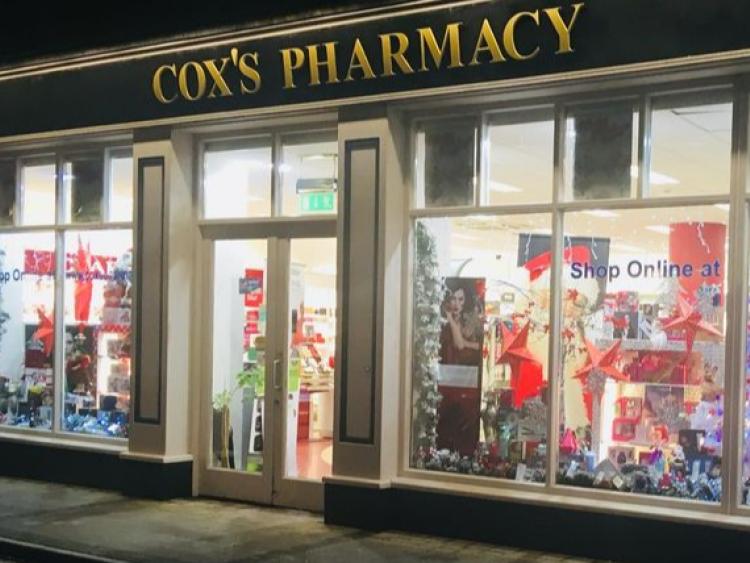 A Leitrim pharmacist is strongly behind a campaign by Iconic Newspapers to have the Covid-19 vaccines administered by local pharmacists directly into the communities.

With soaring cases and hospital admissions, the need for an effective vaccine roll-out is vital for our communities to open up once again.

To that end, we in the Leitrim Observer and our colleagues throughout Ireland in the Iconic group, have started a petition to the Minister for Health, Stephen Donnelly so the people of Leitrim can let the government know that they believe that the vaccine should be delivered straight to our local communities - through our local pharmacies.

Fintan Cox, owner of Cox's Pharmacy, Bridge Street and Hartley Business Park, Carrick-on-Shannon is fully behind the campaign and said he has two pharmacists trained and waiting on the green light to administer the vaccines in the coming weeks and months.

Fintan said all they are waiting on now is approval and a supply of vaccine.

With the Pfizer-BioNTech vaccine currently being delivered throughout the country, the need to speed up the process is real and Fintan is hopeful the AstraZeneca vaccine will be approved by the end of January.

This, Fintan said, would be a game changer in terms of its ease of storage and that it does not cause any allergic reactions.

He said the Johnson & Johnson vaccine, when it comes, will be even better as it requires only one dose.

"We have applied to give out the AstraZeneca vaccine and we would love to be in a position to get it into the community," said Fintan.

He said he doesn't know if they will be successful in their application or if it will be the bigger pharmacy chains and GP practices that will be given the task.

"We know the most vulnerable people and would know straight away who to give it to," said Fintan.

"If we can get to a situation where 250,000 vaccines are administered each week then we would have a normal summer. It would be fantastic," he added.

He said the alternative is not worth thinking about.

"Imagine losing another summer, economically and socially, it can't happen," he said.

Fintan said he was encouraged by Secretary General of the Irish Pharmacy Union, Darragh O'Loughlin's view this morning that pharmacists could potentially administer 500,000 doses of the vaccine in 6 weeks if given the opportunity and supply to do so.

"Whether we'll get them is anyone's guess," said Fintan.

See our campaign and sign the online petition to support local pharmacies: