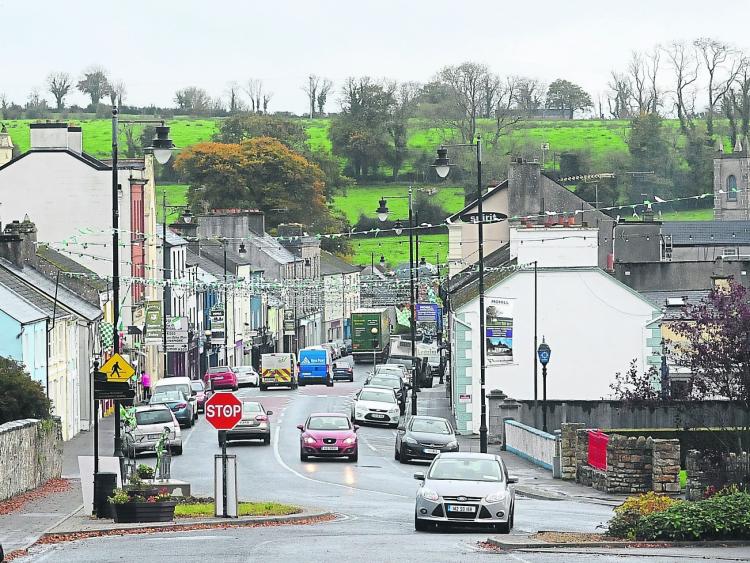 A councillor has warned Leitrim County Council that the modified plans for Mohill Public Realm, ratified at the Carrick-on-Shannon Municipal meeting last month, “could end up in the High Court.”

Independent Councillor Des Guckian brought forward a motion this week “that the illegal and wrong procedure” at the December 14 meeting on the Public Realm works in Mohill, be revisited and “all relevant facts be revealed about the true extent of this scheme and that we be given an undertaking as to whether, or not, it conforms to all planning laws, both national and European.”

Cllr Guckian was referring to the ratification of a heavily modified street plan for the town, which was passed by a majority of councillors last month.
The controversial multi-million euro plan which aims to improve the look and use of the town was modified first by the Council as a result of almost 60 local submissions and then saw the last minute add on of at least 12 changes proposed by Cllr Thomas Mulligan. Cllr Des Guckian and Cllr Paddy Farrell had opposed the ratification of the plan, but it was carried by a majority.

Backing his motion this week, Cllr Guckian said the amendments were “rushed through” and called it “a coup”.
He said there were too many amendments and no written notice of these amendments.
Fellow Independent Councillor Enda Stenson called the motion a “publicity stunt” and said “this is bullying, I am taking no further part in this discussion.”

Cllr Thomas Mulligan said he stood over the amendments and he received support from Cllr Stenson, Cllr Sean McGowan and Cllr Finola McGuire.

Responding to the lack of support for his motion Cllr Guckian said, “I don’t care if there are 100 councillors opposing.”
He said the Council are “terrorising the people of Mohill” and “they are in fear.”
There was no seconder or support for the motion.

Leitrim County Council replied to the motion stating: “The procedure carried out at the December Municipal District meeting was neither illegal nor wrong and any statement to that effect is wholly incorrect and without foundation.”
Director of Services Joseph Gilhooly told the members on Monday that the modifications which were proposed and seconded were met with no counter proposal on December 14.
He said amendments were “carried out in line with procedure.”
He outlined the amendments are accepted and the same procedure happens regularly at Council meetings including budget meetings.
Mr Gilhooly took “exception” to anyone saying the staff of Leitrim County Council do not know or work within the law.
He said such comments were “unfounded and unwarranted.”