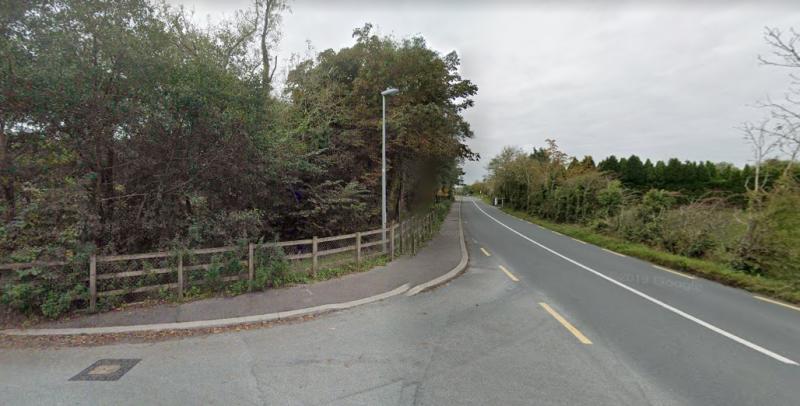 Concerns have been raised once again regarding the speed limits and safety on the Castlecara road, Carrick-on-Shannon.

The busy road which includes Aldi, a number of businesses, the Gaelscoil, the HSE Covid testing centre and which will in the future facilitate the new Regional Sports Complex is dealing with an increase of traffic and HGVs.

This is causing a lot of concern among the residents along the road but also for the large number of townspeople who use the road for walking, running and cycling.
Independent Cllr Enda Stenson asked Leitrim County Council this week “What can we do to make this road, that has become increasingly busy, safer for cyclists and pedestrians?”
The answer it seems is complex.

The Council replied, “There is a 50km/hr special speed limit on the Castlecara road from the N4 out past the junction with the L7415 (Lisduff) road and it should also be noted that there is off-road, segregated facilities for both cyclists and pedestrians along this stretch with three pedestrian crossings.
“If speeding is an issue, it is a matter for enforcement and we can request the Garda to carry out speed checks in this area.”

Council engineer Darragh O'Boyle further expanded by saying this is a “rural local road used by HGVs.”
He said the Council would not extend a footpath past an 80km speed sign.
If they were to push this speed limit out further it would have implications for the County Development Plan.

Cllr Des Guckian said this answer from the Council was not good enough and “new solutions” need to be found.
He added “residents are afraid to go out walking and cycling.”
He said the road needs to be updated and widened.
Cllr Paddy Farrell said there “are a number of issues from Kiltoghert Creamery all the way along the Castlecara road.”
Cllr Finola Armstrong McGuire who regularly walks out the road said many people are not even using the cycle lanes.
Cllr Sean McGowan supported the motion and said it is a narrow road that deals with a lot of traffic.

Concluding, Cllr Enda Stenson asked for the Council to look in-depth at the road and what options are available.
He said especially with the Regional Sports Complex due to be constructed along the road in the future, there are important decisions to be made.
He added there is a lot of concern about speed and safety for pedestrians.