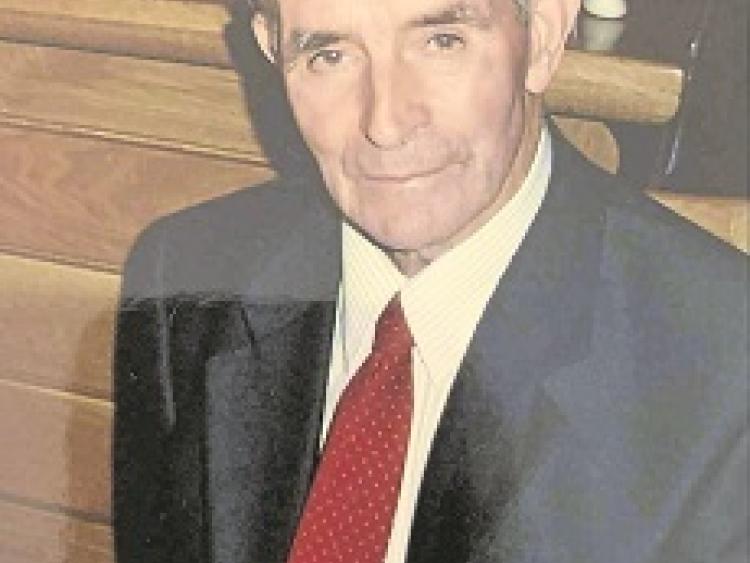 While the term 'End of an Era' is often attributed to an event or happening, nowhere is it more appropriate that when desrcibing the passing of Paddy Cooke who, having lived all his 96 plus years at Gortermone, passed away at his home surrounded by his family on March 7 last.

Paddy's passing leaves a large void in our parish having enjoyed the title of being one of the oldest in our parish for some time while retaining an ability to recall events over that long and busy life.

Family circumstances dictated that Paddy had to take over the management of the family farm at a very tender age which he did with success.

Perhaps it was those early years when the horse was the everyday workmate that Paddy developed a great love and understanding of all things equine. This stood him in good stead when in later life - he branched into the breeding of horses, another area where he enjoyed great success, scooping many prizes at local and national level.

In mainstream farming, Paddy participated in every progressive scheme and initiative to foster improvement, and despite a very busy life, he found time to bring his wisdom and experience to many worthy projects like the building of the Community Centre, the Mart, the GAA grounds, and organising of ploughing matches.

He was for many years a board member of Carrigallen National School following the amalgamation which saw his old alma mater, Gortermone school, cease as a centre of education.

History was of great interest to Paddy and small wonder when the history of Carrigallen was being written in 1996 he had no fewer than three well-thought articles published in the book where they shall remain forever providing a reference point for those undertaking research, etc.

Conversation was a stimulant to Paddy and his recollection of times, dates, names and people made him the 'go to man' for many who wanted to find out about things past.

Throughout most of his long life he was blessed with the accompaniment on that journey by his loyal and loving wife Lily, raising a large family, experiencing the ups and downs life presented, but never faltering, grounded in a deep religious faith and a belief in the future.