Tributes paid to Superintendent Jim Delaney ahead of retirement

Delaney was a former Inspector in Leitrim 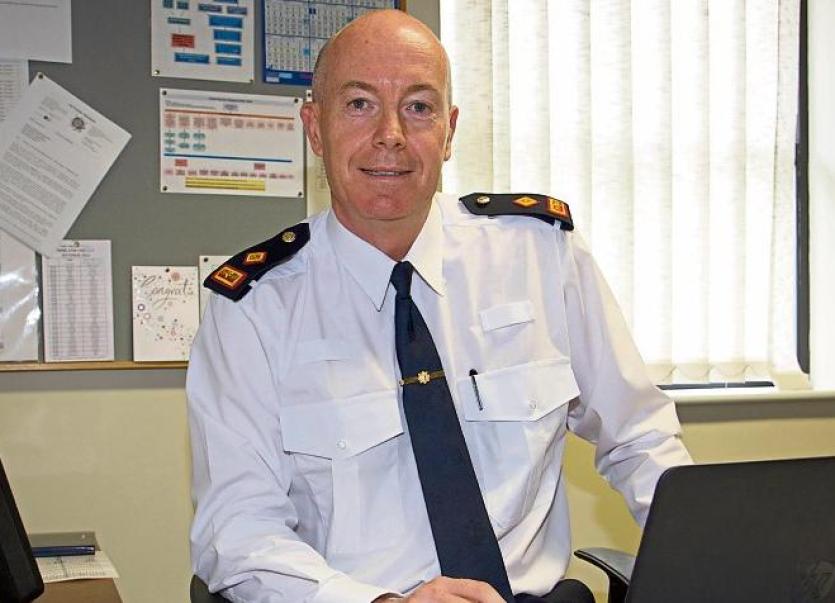 Supt Delaney has served in the Longford District for almost five years as superintendent following a lengthy and successful career with An Garda Síochána. He was promoted to the role after a few years as Inspector at Carrick-on-Shannon Garda Station.

State Solicitor Mark Connellan and  local solicitor John Quinn led the tributes .On behalf of An Garda Síochána and in particular those members who have worked under Supt Delaney, Inspector Frank Finn commended the professionalism with which Supt Delaney conducted himself.

Court Registrar Maggie Curley, on behalf of all the court staff said that Supt Delaney was of great service to the court over the last five years.

Judge Seamus Hughes also wished the retiring Garda chief the very best with his retirement, paying special tribute to the support that An Garda Síochána has offered the court under Supt Delaney's watch.

"I didn't actually know he was retiring until today. I thought he'd be here many years after I retired," Judge Hughes quipped.

"I don't know what he's doing next but whatever he does, I wish him well.

"I'd like to thank you personally for your support," Judge Hughes continued.

"The court could not have functioned without the help of Supt Delaney and An Garda Síochána.

Responding to the touching tributes, Supt Delaney expressed his sincere thanks to all who had wished him well.

"I'm actually the one who should be thanking all of you for your help. I came here in 2016 and it was a bit like a homecoming for me," he said.

He added that "from the very outset" he had made it "quite clear" that he wanted to work closely with all agencies, such as the Joint Policing Committee and other community groups noting the success of those cooperations over the years.

"I've had five very challenging but productive years and it wouldn't have been possible without them," he said.

Speaking to Judge Hughes directly, Supt Delaney said, "I'd like to thank you personally for the support you have given. At times when the thin blue line was threatened and lives were threatened, you stood up and took account.

"Policing is an infinite cause. You don't own the position, you rent it. I'm only a tenant in this position for the last five years. I believe the very least you can do is leave it as well as you found it and I hope that I have done that," he concluded.

Also read: Racers caught on camera at Ballroom of Romance