Elphin family fighting to get father released from Iraq prison 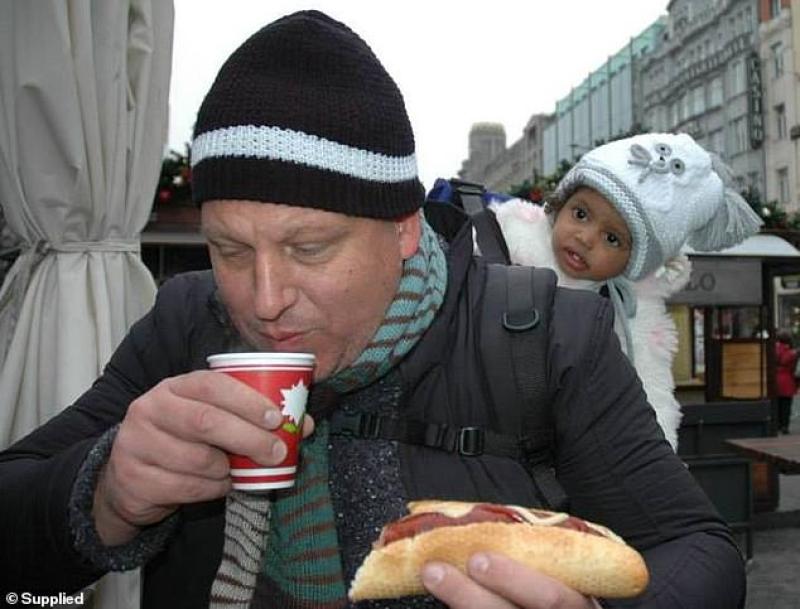 Elphin woman Desree McCarthy is appealing to the Irish government for help as her husband Robert Pether remains in custody without charge in Iraq since April 7.
Robert Pether, an Australian national who lives in Co Roscommon with his Irish wife Desree and their three children, has been in custody in Iraq since early April, 97 days in total at the time of writing.

46-year-old Robert, an engineer with Dubai-based CME Consulting, was arrested alongside his Egyptian colleague “without explanation” in Baghdad on April 7 following a contract dispute between the men's employer and the Iraqi government.
According to a report in Irish Central, upon being arrested, Robert was allegedly held in solitary confinement in horrendous conditions.

He has since been moved to another detention centre where he is in a 14sq ft cell with 22 other inmates.
Desree describes the situation for her and her family “as absolute hell and it is a different version of hell every day”.
In the last number of weeks there has been a Covid scare within the prison.

Desree also stated that Robert “had severe kidney and bladder infections and blackouts and was delirious from the infection; he did not receive medical attention at the time. He healed himself with copious amounts of vitamin C and is well now.”
A petition has been lodged by a team of six lawyers to the UN Working Group on Arbitrary Detention.

Arbitration lawyer Pierre Pic, who is amongst the group of lawyers petitioning on behalf of Robert, said: “This is a very, very egregious case. It is just blackmail.”
The 19-page petition accuses the Iraqi authorities of arresting Robert and his Egyptian colleague “to gain leverage in a commercial dispute.”
It further notes: “Not only have their rights to security been violated but their due process rights have also been severely compromised.”

At home in Elphin, Robert's wife Desree and the couple's three children, who are all Irish citizens, are distraught.
According to Desree, her husband had been traveling to Iraq for work for the past decade “without incident.”
In fact, her husband has been vocal about his optimism for the future of Iraq, Desree said in a Facebook post on April 20.
In an emotional Facebook post, Desree shared a video of her and her husband's teenage son Oscar who said: “My father has been wrongfully arrested upon attending a meeting being held with the Governor of the Central Bank of Iraq.

“As of today Thursday, June the 3rd my father has been stolen from us for 56 days. This is an immediate human rights violation, he has been putting his best work forward to help achieve a better future for Iraq.
“Over many months of hard work, countless days away from his family making sacrifices to do his best, they've punished him, locked him away, and damaged him.
“I feel so disgusted by the world that this lets me see.”

Oscar added: “This situation has made my depression worse to the point where I was forced into therapy.
“I'm begging for his immediate unconditional release. Please bring my father home to me and my family.”
Robert’s wife said she has been “begging” the Irish government to intervene on the matter, but a spokesperson for Ireland’s Department of Foreign Affairs told the Irish Times that they cannot intervene since he is Australian and does not yet have Irish citizenship.
“Our embassies and consulates cannot directly intervene in the internal affairs or processes of another jurisdiction, including the provision of consular assistance to citizens of that jurisdiction,” the department reportedly said.

Desree is also anxious to warn other Irish Engineers who are going to work in Iraq of her family's situation saying “I would hate for another family to go through this.”
In May this year, Senator Eugene Murphy also raised the matter in the Seanad.
At that time Taoiseach Micheál Martin said that they will “do everything we possibly can to assist Robert,” but noted that Australian authorities have taken the lead in the matter.

Senator Murphy later told the Irish Independent that he is “disappointed by the Department of Foreign Affairs.”
Noting that Desree and her three children are Irish citizens, Senator Murphy said: “This family are completely at sea. It’s a nightmare for them.
“I’m so sad for Desree and her children. Nobody should have to endure this.”
He also told the Leitrim Observer this week “this family is desperate with no where else to go, they need some help. They need a listening ear from the Department; there are diplomatic ways of doing these things.”

Meanwhile an appeal into Robert's case was held recently but failed and he was refused bail, with Desree adding that this is the third time he has been refused bail “for no reason.” The case will now go to the Misdemeanour Court.
Prior to the appeal Desree had stated “I don’t want to get my hopes up. We are just numb to it now. The other outcome could leave him languishing for months,” she added.

While Robert awaits his next hearing Senator Murphy said he will continue to work with the family in the hope of securing Robert's freedom while Desree will also continue to reach out to Simon Coveney and the department in the hope of getting her husband released.
She continues to talk to him on the phone every Monday when the Australian Embassy visits and is now allowed three minute prison calls with him.