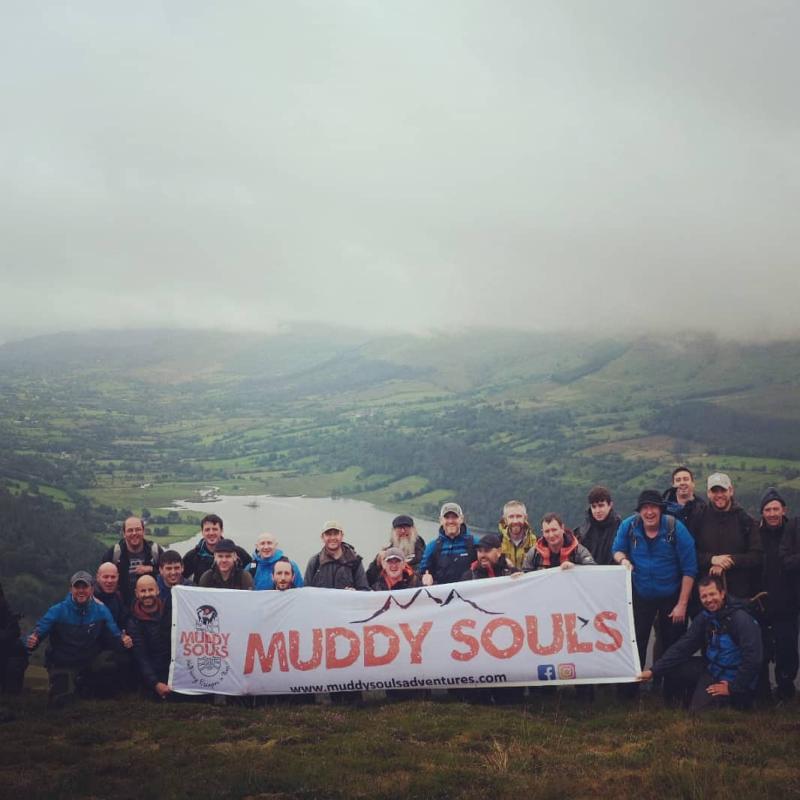 Kinlough's Paul Rooney with the backing of the kind people of the Northwest has raised over €5000 for North West STOP Suicide and The Irish Cancer Society.

Paul Rooney, the young man behind the new venture Muddy Souls, which focuses on Wellbeing Escapes in Nature, organised two amazing hiking events to get men and women from the Northwest to support The Irish Cancer Society and North West STOP Suicide Prevention. 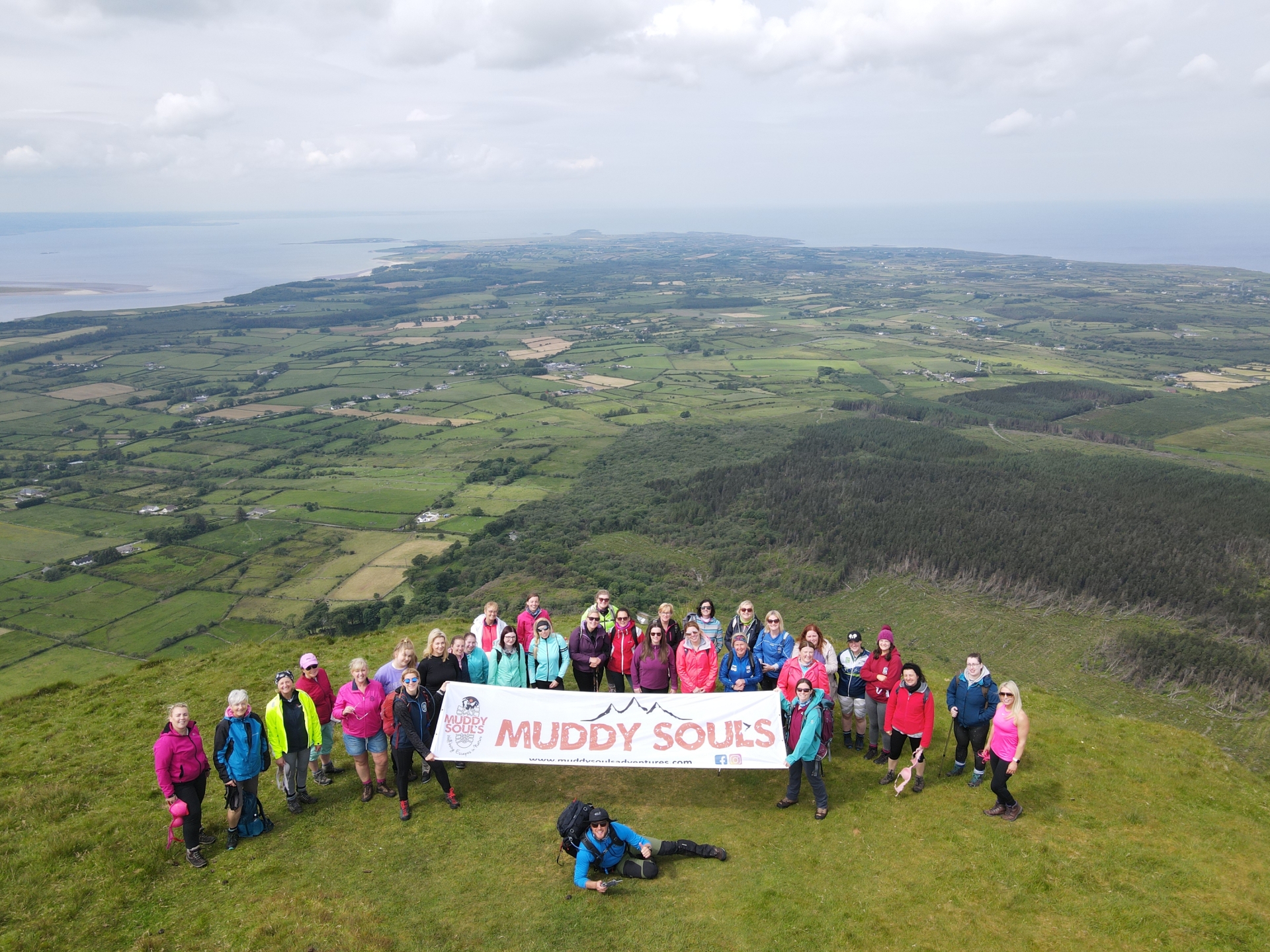 The two events combined attracted over 35 men and 30 women raising a total of over €5000. The Supporting Women’s Cancer Event raised €1,885 and Mountains, Men & Mines Mental Health Event raised a whopping €3,343. The women took on Benbulben in Sligo, and the men scaled the Dartry Mountain Range, Barytes Mines, Devil's Chimney and Eagle's Rock.
The fundraising events not only broke down barriers to mental health and cancer they were also magical expeditions and adventures that focused on people challenging their own mind, body and soul and becoming better versions of themselves.
Attendees went through a memorable journey building lifelong friendships while doing something they thought they would never achieve. Many embarked on their first ever hike, others were in cancer remission, and some were as young as 16 but regardless of age and health Paul pushed them all through, “leaving no woman or man behind” making sure they achieved something they could forever be proud of.

To many Paul is known as the Bear Grylls of Ireland and others know him from the tv show 'First Dates Ireland'. He describes himself as “Irish born, Leitrim bred but reared in nature.”
Like many people today affected by mental health, he also knows all too well what it is like to deal with anxiety and feeling in a dark place; how it is hard to get back up and get out of that dark hole. Paul openly talks about how, through nature, he discovered that “it can literally wash all your troubles away and show you how you can learn to smile again and come back to a happier version of yourself.” 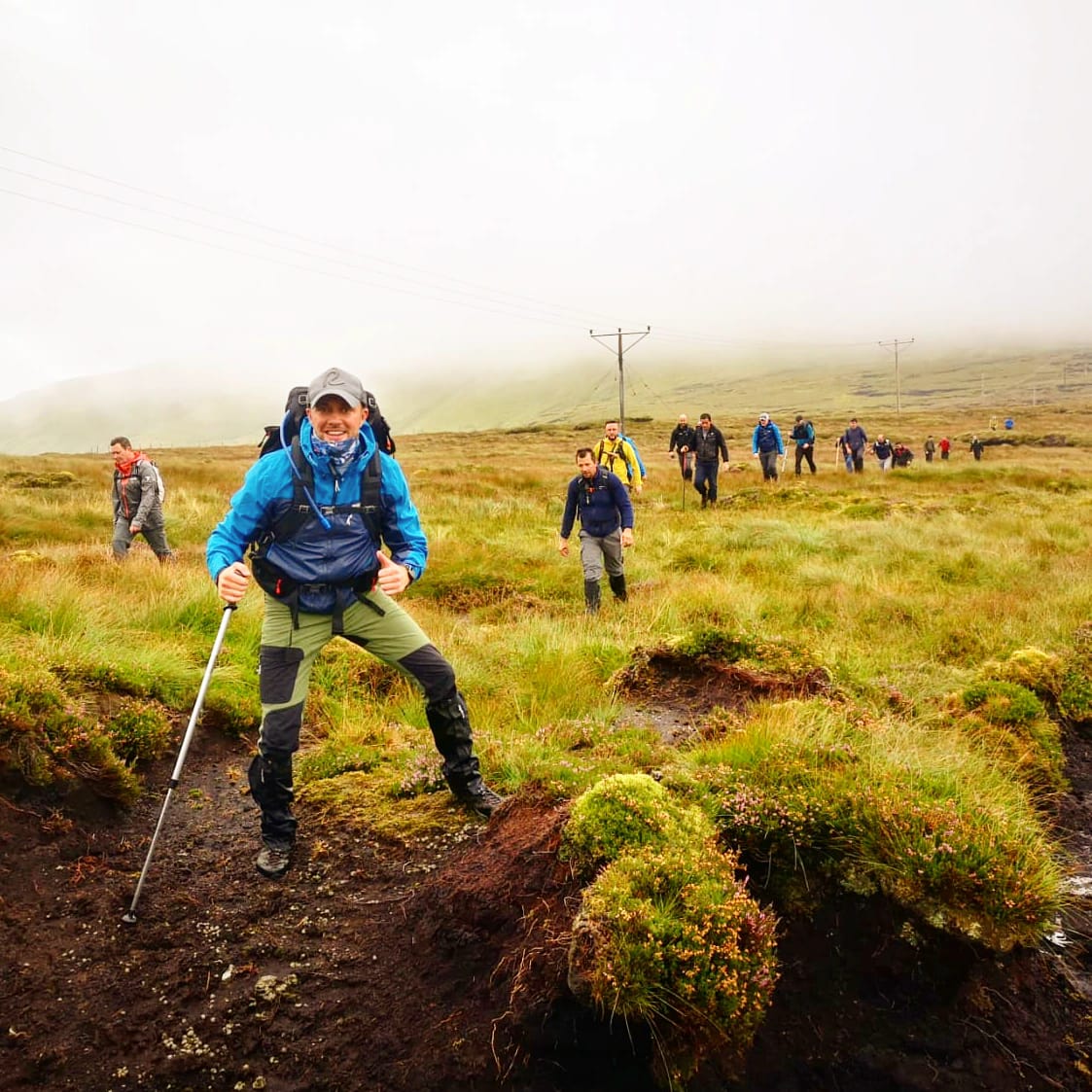 Laura Magan, who recently recovered from Cervical Cancer took part in the hike. After overcoming cancer she was keen to take on another challenge, climb Benbulben. Just last year she was hardly able to walk more than 2km and was scared of heights. “I'm not going to lie it was difficult and wasn’t fully there with my energy levels, but I did it! I did it and all because of Paul.”

Another local woman Louise Brandley said “When you’re on a tour with Paul you'll be blown away. Like no other he grabs you with everything and every ounce of strength he has to help you get you over your biggest challenges in life! He'll educate you and let you feel like you've just taken your first ever proper breath!”

You can book a hike with Paul and find out more information on muddysoulsadventures.com