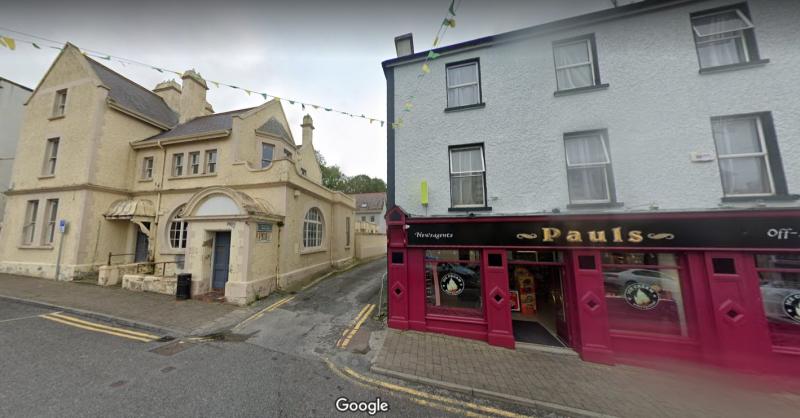 Leitrim County Council have been called to “face up to your responsibility” in relation to flooding of homes in Mohill after they suggested applying for a Community Involvement Scheme which would see private contributions from Mohill residents to fund a solution.

Cllr Des Guckian asked the Council to fully investigate and re-engineer the surface of The Fair Green Lane, Mohill.
“This lane is in the Council’s ownership and no further flooding should ever be allowed to flow downhill from it and badly damage houses on Glebe Street. The anti-flood measures should be undertaken in conjunction with the nearby Mart owners."

Cllr Guckian said “severe damage” was caused to homes on July 4 this year after flood waters came down the hill into their properties.
He said a similar situation had occurred in 2014 and it was “ignored” by the Council.
He demanded the that the lane is the Council's responsibility and he commented the “gullies were blocked by debris.”
Cllr Guckian suggested the Council get a grant from the OPW to resurface Green Lane.

The Council outlined that the district office visited the site on a number of occasions and met with the adjoining landowners who were affected by the torrential rainfall in mid-July.
“We have installed a temporary measure at the rear entrances to the dwellings which back onto the Green Lane.
“A permanent solution will be to provide a Community Involvement Scheme which will allow us to install kerbing, gullies and new road surface to the lane.
“The mart have kindly offered to contribute towards this CIS which we hope to get in 2022.”

Council engineer Darragh O'Boyle said we live in “strange times and the intensity of storms are increasing.”
He said “the gullies were not blocked” and the flooding occurred due to the “intensity of the storm.”
He said Mohill Mart have already agreed to pay part of the contribution from a Community Involvement Scheme.
He said the OPW grant solution will take longer than 12 months and the CIS is the quickest fix to the problem.

Cllr Guckian responded and disagreed with the Council engineer saying “the gullies failed because they were blocked.”
He said the Council's reply was shoddy and that the flooding occurred on July 4 and not “mid July.”
He called for the Council to “face up your responsibility.”
Cllr Enda Stenson welcomed the news that Mohill mart will contribute to the works.

Director of Services Vincent Dwyer said the local authority will try and identify the most efficient solution but reminded the councillors that the local a “does not have bespoke funding” for such projects.
He also refuted any allegation that the Council are “covering anything up.”