LATEST: Mohill building to be stabilised by end of next week says Council 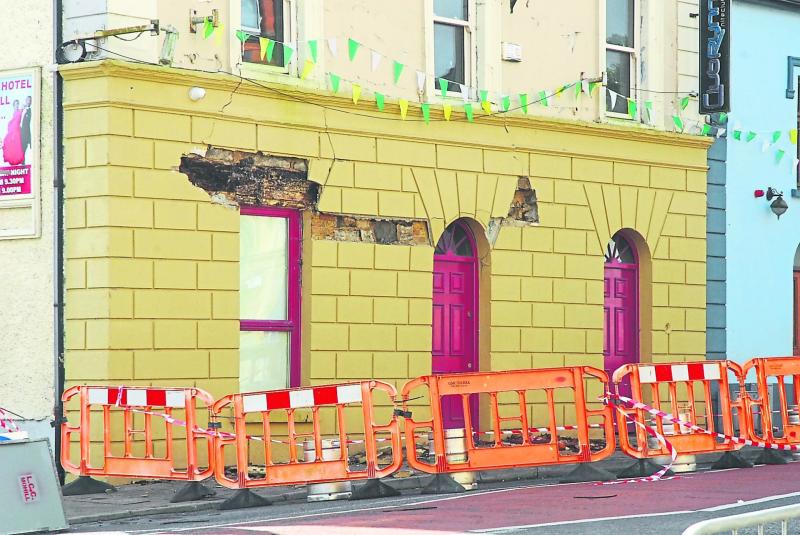 Leitrim County Council has issued an update this morning on the work taking place to stabilise a hotel and pub property at Main St in Mohill which had become unstable in recent weeks and dangerous to the public.

The Main Street in the town has been closed for almost two weeks now after plaster fell from the building onto a nearby footpath and several cracks appeared in the front of the former pub and hotel on Wednesday, September 8. 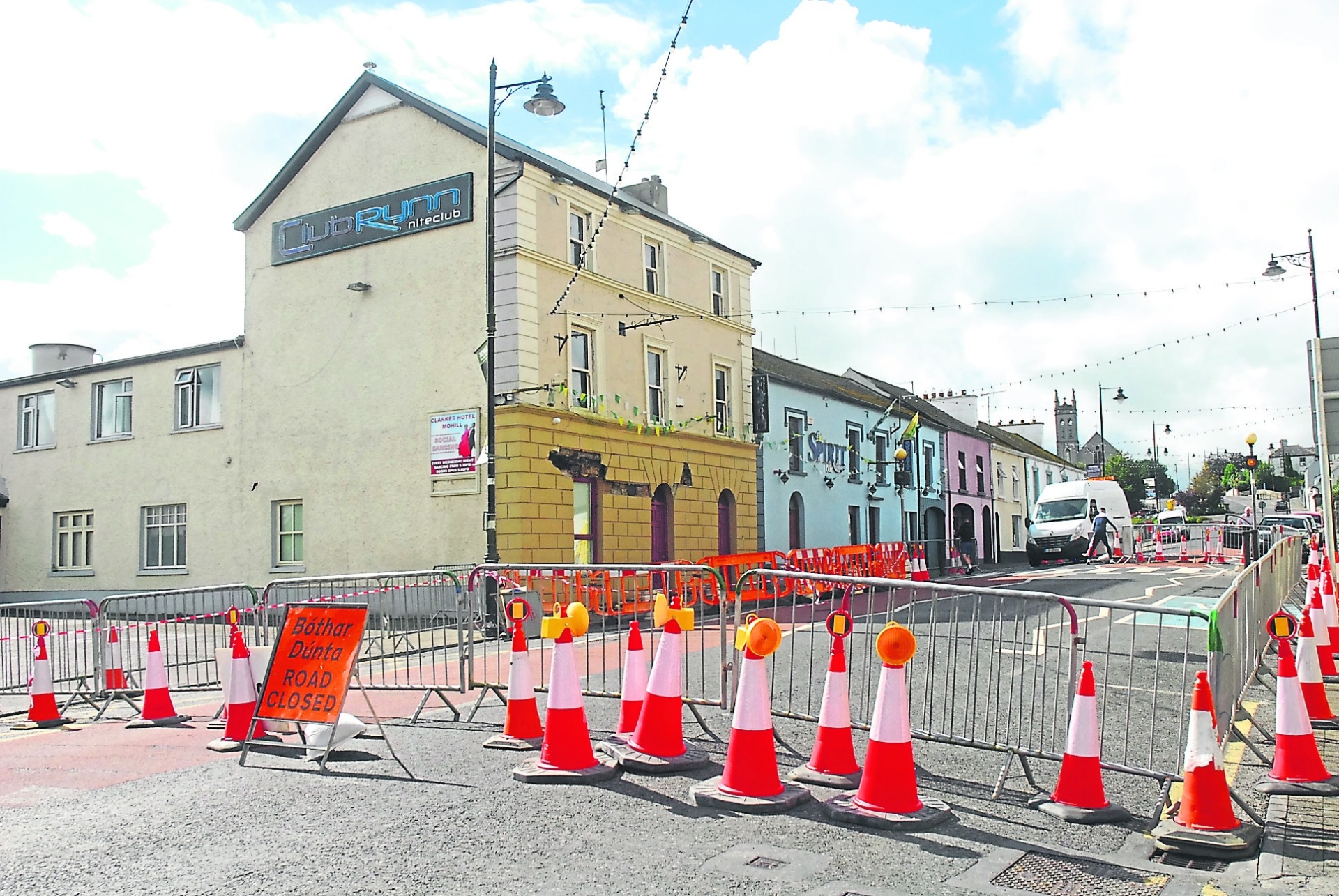 "Leitrim County Council and the property owner of the dangerous building in Mohill, which has caused Upper Main St. to be closed to traffic, have been in active and continuous engagement since the situation arose," a spokesperson said this morning.

"The property owner, through their consulting engineering service, has developed and submitted an acceptable plan of remedial works to Leitrim County Council which, when implemented to the specified standards, should render the building safe enabling the public road to be reopened.

"The property owners’ contractors have begun to carry out the necessary works. Based on the plan submitted and the works already carried out, it is envisaged that the building will be stabilised and no longer a threat to public safety by the end of next week.

"Once the works are completed to a standard that meets the satisfaction of Leitrim County Council it will then be possible to open the road to through traffic once more."

Leitrim County Council wish to acknowledge the cooperation and commitment of the property owner in dealing with this situation. The Council is aware also of the inconvenience arising due to the road closure which is unavoidable to ensure public safety.