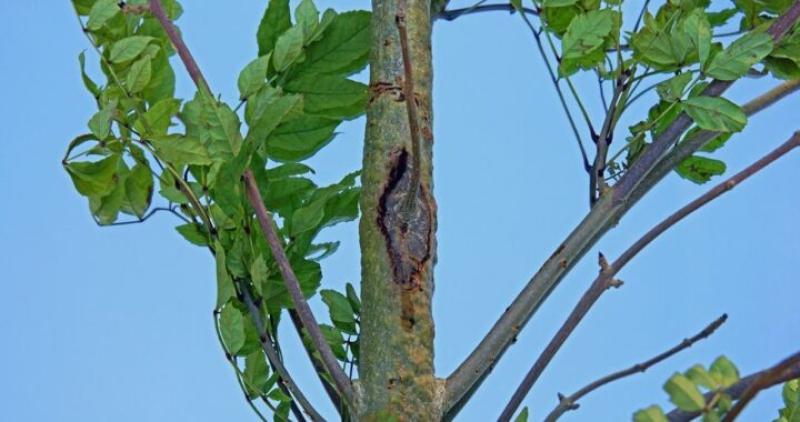 There are calls for the Government to put in place a pilot scheme to help assist landowners identify and assist in the removal of diseased Ash trees.
The Ash Die Back which was first identified in Leitrim before it was discovered to be nationwide could cause “devastation” according to Chairperson on Leitrim County Council Cllr Paddy O'Rourke.

Cllr Brendan Barry last week called on Ministers Charlie McConalogue and Eamon Ryan to provide state funding and assistance to landowners in Leitrim that could be dealing 10 -30 Ash trees in Leitrim.
“Sadly many of these wonderful trees will need to be removed for health and safety reasons. Many roadside Ash trees are now affected throughout Co Leitrim and it is thought that 98% of Ash trees in the country will be dead or compromised significantly in the next 7 -10 years. If left to decay these trees will become very dangerous to do anything with.”

His call was wholly supported by his colleagues with many councillors saying they have seen how quickly the disease can take hold of mature trees.
Cllr Paddy O’Rourke said he wanted it clarified that the disease had nothing to do with farmers and the imported saplings were certified, “but brought devastation with them.”
The Ballinamore Municipal District has written to the Government departments seeking funding and assistance for the issue.