Aine living the dream with Fremantle Dockers in AFLW

After overcoming two debilitating injuries, Aine Tighe is very definitely living the dream as she gears up for another season with the Fremantle Dockers in the AFLW writes John Connolly 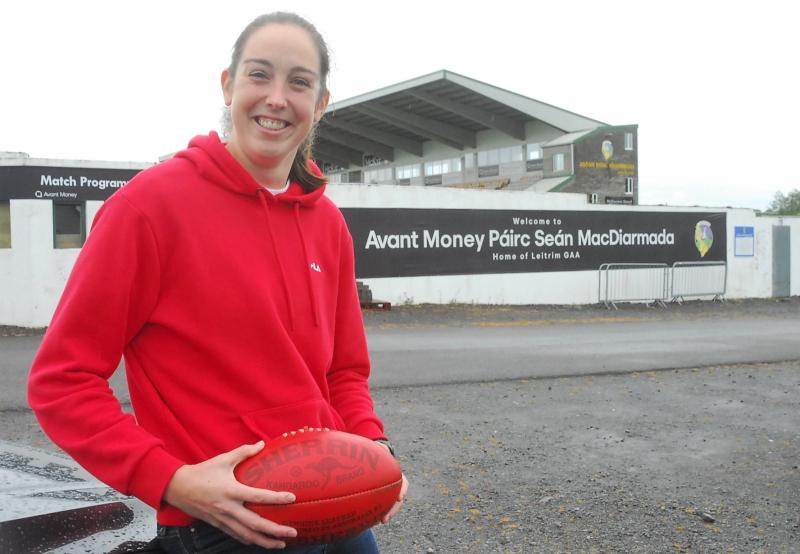 Aine Tighe pictured outside Avant Money Pairc Sean Mac Diarmada before she heads back to Perth and the Fremantle Dockers for the new season in July Picture: Willie Donnellan

It must have felt as if she was cursed but after suffering two traumatic knee injuries that almost derailed her Australian adventure in two consecutive years, Leitrim's Aine Tighe is very much living the dream as she gears up for a new AFLW season with the Fremantle Dockers.

The Kiltubrid and Leitrim Ladies star was a huge hit earlier this year in the AFLW season as she finally got to mark her debut for the Perth based Dockers after battling her way back from injuries that would have sunk most of us. And when she met up with the Observer for a chat before she headed back down under, it is blindingly clear that Aine’s enthusiasm hasn’t dimmed one little bit!

“Obviously very exciting, it is has been a crazy couple of years but it has been a really, really enjoyable experience,” said Aine, “I’m delighted that Fremantle Dockers have backed me by  taking me on for a couple of more years and I want to make the most of it and enjoy it for as long as I can.”

And it has been a dream scenario for Aine: “For me, one of the biggest things going over was to get an insight into that sort of professional lifestyle so to be able to experience  it and enjoy all those benefits, for me as a sportsperson and an athlete, that is living the dream! I’m really happy with how it is going and hopefully where we can go well in the future.”

But in almost Hollywood- esque fashion, it hasn’t been plain sailing with two debilitating knee injuries wiping  out her first two seasons in Perth before she ever got to line out in a game, the first injury coming a matter of days before the start of the season: “That was probably the challenging part of it - how close you were to it, especially the first year.

“We were a week and a half out from the season and everything had gone really well but I suppose that is the nature of sport -  you see people in every different competitions and walks of life who have challenges to overcome. It was tough, there were times that it was particularly challenging but it makes when you do get back out all the easier.”

Were there times when she wanted to chuck it all in and head back home? “Not necessarily ‘that’s it, I’m going home’ - there were certainly times when I didn’t know if I was ever going to get back to playing at all, over here or there. Definitely doubts creep in but I think that is only natural.

“But once you start seeing progress and  start playing games, your confidence comes back pretty quickly - once you are out there playing,  you don’t think about these things at all.” 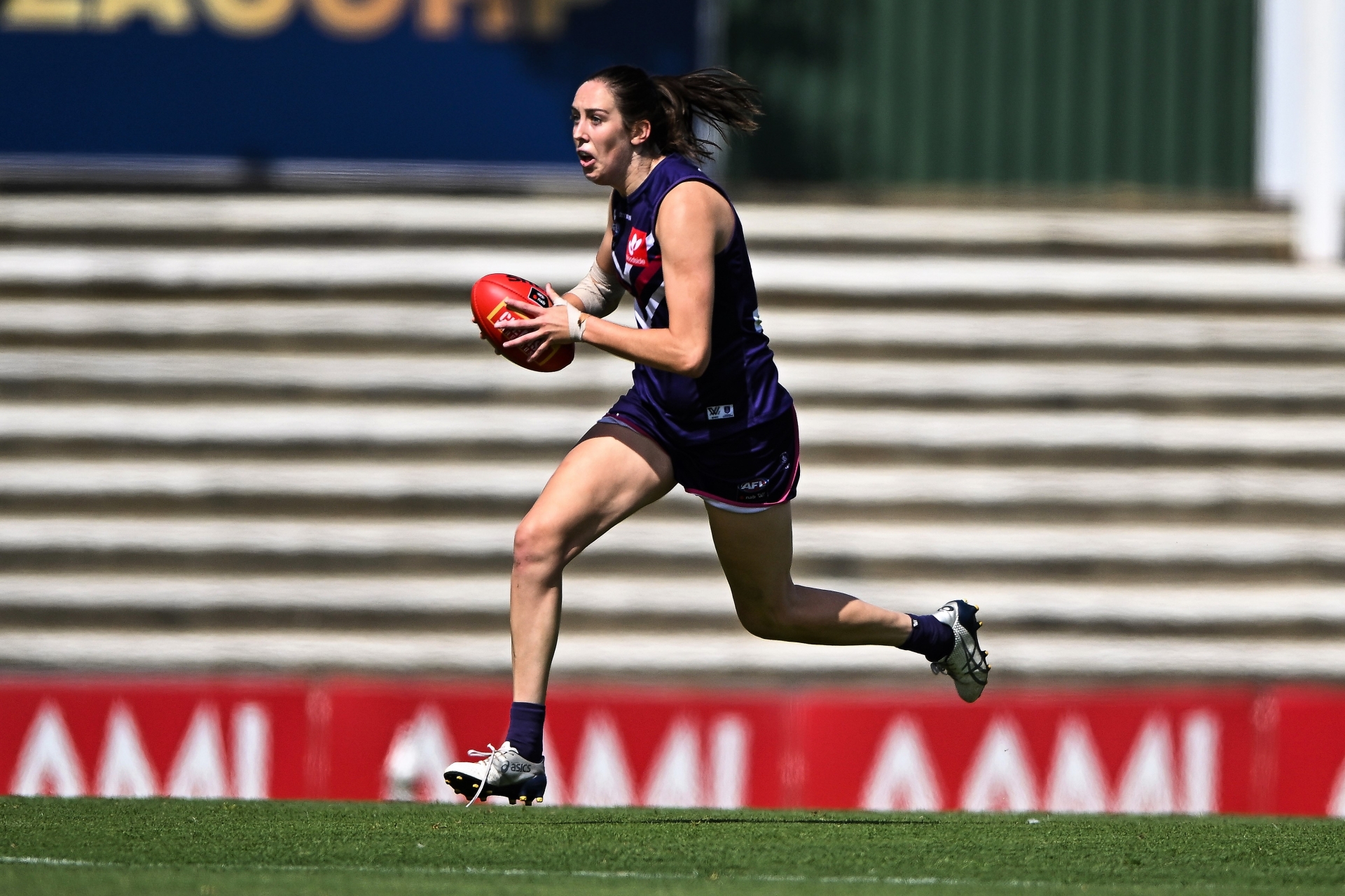 Professional sport is often viewed as cut-throat and without sentiment but for Aine, Fremantle Dockers, or Freo as she refers to them, exude the sort of community spirit that makes the GAA what it is: “Culture is a thing that is huge over there, they talk about it all the time but they really follow through on it. They really do look after people -  if they appreciate what you’ve done, what you’ve given up to be there and they see you putting in the work and doing whatever you can to be there, they’ll back you 100%.

During her  two spells of rehabilitation, Aine worked with the Dockers Community engagement programme: “I was very fortunate - my background is teaching PE and sport and  the first year I went out there, I was working part time, doing bits and pieces with the Community Department and it is very similar to what we do here with the GAA in terms of coaching and going out to schools which is something I really enjoy doing anyway.

“I was really lucky in that they saw what I could add on that side of it and gave me the opportunity to learn and work in those areas which on some of those darker days, helped me get up and about.”

Just like the GAA, local rivalries make Aussie Rules with Freo and the West Coast Eagles both based in Perth: “Everyone is on one side or the other, it is huge over there. Every school you go into, every time you walk past an oval or a footy field, there are kids out in the jerseys having a kick.”

Of course, there is a local Leitrim connection out in Perth as well which helps: “There is a big Leitrim contingent in Perth and a big Kiltubrid contingent  too which is nice. My first cousin Brian is over there and he is married with two little boys so just having that little taste of home and family connection is unreal. I’d be over with them pretty much every week.

“I’ve touched base with the GAA over there as well and there is a huge Leitrim and Irish contingent over there. The two Egans are heavily involved so that is lovely and even just having a level of support when you are out playing, getting messages wishing you luck or coming along to games is huge. 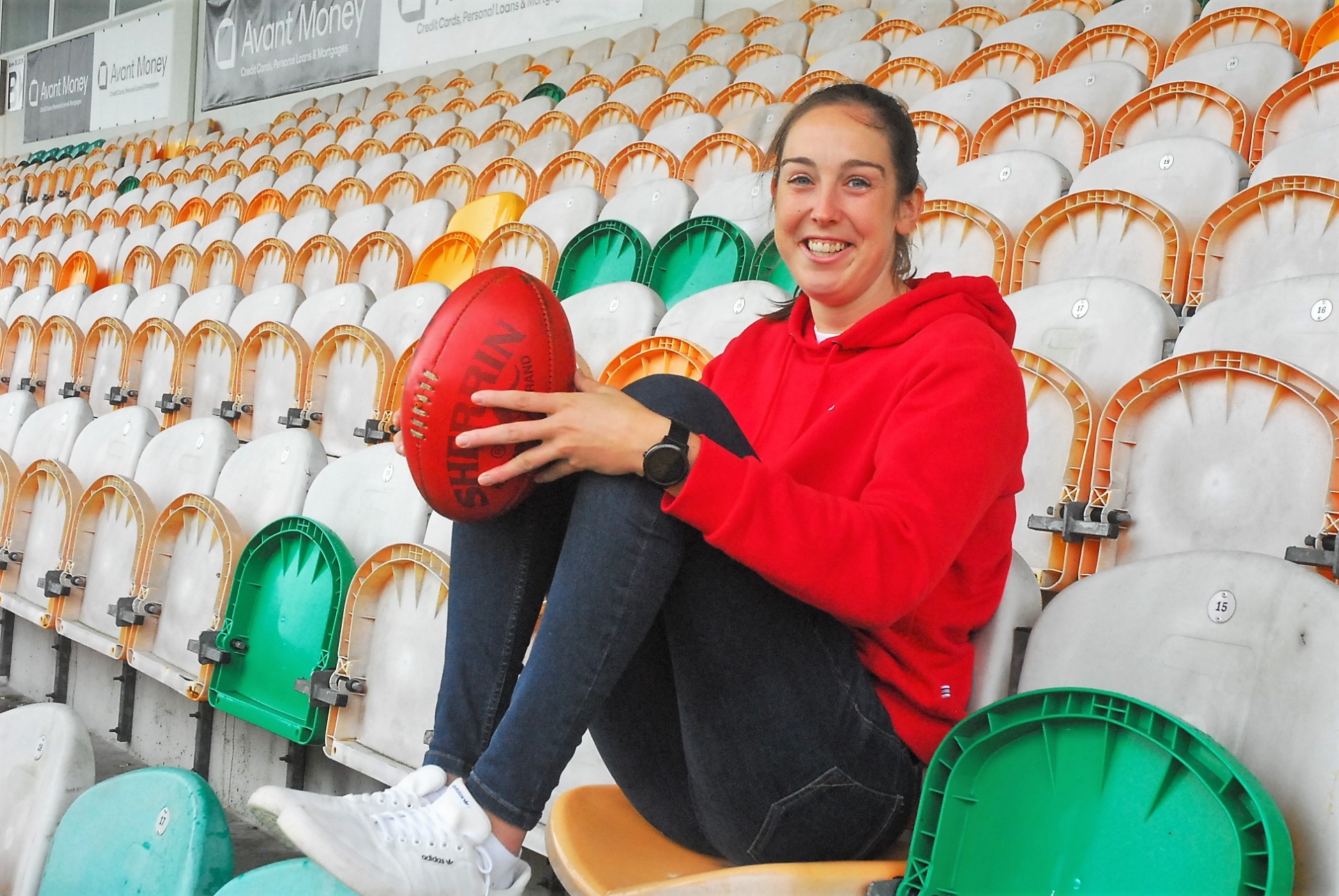 Yet Perth is still the far side of the world and the impact of Covid did have an impact, an impact lessened thanks to the presence of Aine’s fellow Irish players: “The fact that you didn’t have the option to go home was the most challenging thing but the fact that I’ve some family over there probably got me through those tough times. Also we used to meet up with all the Irish girls - one of the years, we all came out of quarantine on Christmas Eve so there were probably about 10 or 11 of us all over there together.”

When she was back home, Aine took in training with Kiltubrid Ladies and was a spectator at a lot of Leitrim games and she admits she misses the game: “Absolutely and I’ve been down with the girls as they’ve been training over the Summer, having a kick. It is so enjoyable when you’re down there with them and 100%, I miss it. I was half hoping there’d be a couple of games while I was at home that I’d be able to jump into but that’s the way it falls.”

Was she tempted to line out with the County Ladies during her spell back home? “I was a little bit but just the way it was with our new season coming forward and obviously I wasn’t there for the start of the season and I wouldn’t have been there for the end of the season, so I wouldn’t feel comfortable with jumping in and out like that.”

One thing she must surely have noticed during her sojourn at home was the increased profile of the AFLW, even compared to the Men’s game: “It is interesting because even the level of coverage the AFLW gets over here is massive. Obviously there have been boys playing over there for how many years and are still doing it, Zach Tuohy, Mark O’Connor, Colm O’Riordan and there is very little coverage of their games so it is very strange. It is nice to see that coverage, see that interest even just for the young girls.”

If another Leitrim footballer was approached to join the AFLW, would she recommend the move: “I think it is a huge life opportunity, regardless of the football side of it or sport side of it, with the work opportunities that I’ve been lucky enough to get. The girls over there, teammates, everyone really support you and get around you and it is certainly an opportunity that you would encourage people to explore.

“The game is growing exponentially, the amount of young girls getting involved in the sport and the amount of media coverage, the amount of support with the new Collective Bargaining Agreement, it really shows the backing the AFL are giving to it and it is there for the long run which is fantastic. There are not too many places in the world where females have the opportunity to play football professionally, it is massive.”

As for her own future, past experience has taught Aine not to make any definite plans but she admits see doesn’t see herself playing as long as Mayo legend Cora Staunton, who just announced an extension of her contract with the GWS Giants, is: “I don’t think I’ll get that far! Not a hope! She is phenomenal.

“Once I’m still enjoying it and injury wise being able to play, I’m happy enough to keep doing it. Whether that is another couple of years or a bit longer, that’s hard to say. It is a professional industry and as long as they keep me and I’m happy and enjoying it, then I’ll keep playing. But I tend to stop planning too far in advance after the last couple of years, plans seem to go awry.”