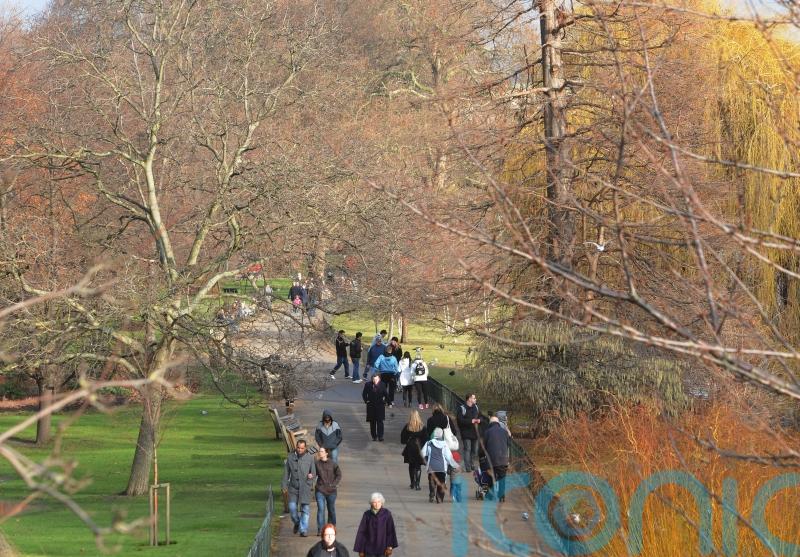 Almost one in five women in Ireland who said they walk less than weekly cited personal safety concerns as their reason for not walking more, according to a survey.

The percentage is more than double that of men in the same category, the Central Statistics Office (CSO) said.

The latest release of results from the national travel survey suggested what the CSO described as “active travel” is on the increase, with more people walking and cycling, and doing so more frequently.

The survey is the first on travel behaviour carried out by the CSO since the coronavirus pandemic.

Nearly half (47%) of respondents said they walk at least five times a week, an increase of eight percentage points on the same period in 2019 (39%).

The survey, which was carried out in the last quarter of 2021, suggested that 48% of walking trips were for the purpose of leisure or exercise.

For people who walk less than weekly, personal safety concerns were cited as a reason for not walking more frequently by nearly one in five (18%) females, more than double that of males (8%), the CSO said.

Overall, one in eight (12.3%) respondents who walk less than weekly said that they have personal safety concerns.

Some one in five females aged 45 to 74 years said that this was a concern for them.

Fears for one’s personal safety while walking were for the most part both during the day and night, particularly for females (14.6%), double that of males, the CSO said.

Of people who used public transport such as bus or trains less than monthly, nearly eight in 10 had travelled by car at least three times a week.

The survey result suggested that 64% had travelled by car at least five times a week, while 15% had made a journey by car as a driver or passenger three to four times a week.

Elsewhere, ownership of electric vehicles has doubled, the data shows.

The most common type of such vehicles across the country was a hybrid and the biggest barrier to getting one is the purchase price, according to the CSO.

The figures come amid a major push by the Irish Government to encourage drivers to switch to electric vehicles, with plans for nearly one million electric vehicles on Irish roads by the end of the decade.

Data published in June by the CSO showed that at that point in 2022 more than 20% of all new cars licensed for the first time were electric or plug-in hybrids.

The CSO said the findings showed that 63% of people said the deterrent from buying an EV is the cost, making it the most common reason for not doing so.