We deserved something from the match - Flynn 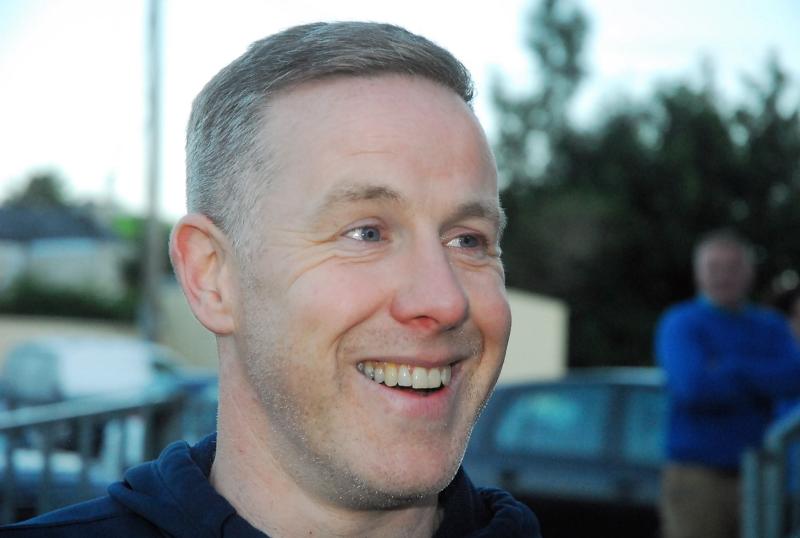 What a difference a week makes! The smiles were back on the faces of St Mary’s supporters after Jack Barnes scored a dramatic winner nearly four minutes into added time as they shocked champions Ballinamore Sean O’Heslins last Saturday evening.

St Mary’s manager Alan Flynn agreed it was a close call but felt his team had done enough to warrant the win: “It was tight - in fairness, I thought we played very well. We had a great structure, we moved the ball quite well and obviously Ballinamore were going to come back into it. They really put us under pressure but I think over the course of the game, we deserved something from the match.”

Picking themselves up after a demoralising performance against Mohill the week before was not a problem according to St Mary’s manager: “Not really, they were disappointed obviously but you set yourself out, you’ve four championship matches and you can’t go down the road of the heads are down on the ground after losing one.

“Ballinamore won the championship last year after losing the first two so you have to look at that and the overall context, what things can we improve on, what things we were good at rather than focusing on the end result.

“We had shown a lot of good stuff in the League Final the week before against the same opposition and I suppose it was going to be difficult again in some ways to get us up to that pitch against the same team seven days later. I don’t think last week was a reflection of the work these boys have put in and maybe where they are at.

“I think today is a better reflection. We’re trying to build their confidence, there are an awful lot of young players in that team so there’ll be ups and downs in that scenario and I think that is reflected in the last three weeks.”

Nevertheless, there are areas where Alan would like to see his team improving: “I think they used the ball well today, you could see they were trying to keep wide and get the ball out to the side and get into good positions and there is a learning element here too.

“You could see there a couple of times when we look back at it, we could have controlled it a bit and better but by and large, I think we’re moving in the right direction which is pleasing.”

When told of Fenagh’s victory over Mohill, Alan said “I think it shows you how competitive it is really, Mohill were excellent last week against ourselves and in fairness, one of the pleasing things for me is looking at the quality of the teams, the quality of the football being played bodes well for Leitrim football.”

And it seems that Alan is a fan of the new system of the random open draw for this year’s championship: “It is a challenge in terms of even knowing when we’re playing but in some ways, it is great, it is exciting. You can’t do too much analysis, you have to focus on yourself which is not a bad thing.”