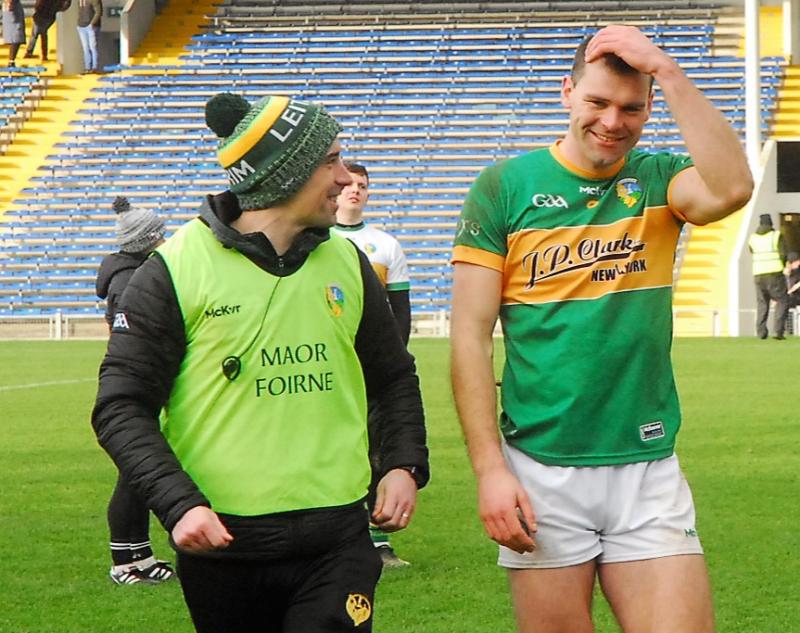 Mike Solan is set to stay as assistant manager for the Leitrim Senior footballers for the 2023 season after manager Andy Moran confirmed his fellow Ballaghaderreen clubman was back with the Green & Gold for the coming year.

Solan had applied for the vacant manager's position in his native Mayo, assembling a strong backroom team in the process but he lost out to Kevin McStay in the battle to succeed James Horan.

Solan's decision to apply for the Mayo job had prompted speculation that he  would not be returning to the Leitrim set-up for the coming season and with a lot of counties on the lookout for prospective new managers including Roscommon, Westmeath, Monaghan and Sligo, the former Mayo Minor & U20 manager was a highly sought prospect.

However, talking to the FinalWhistle.ie podcast, Leitrim manager Andy Moran confirmed that his clubmate would be returning to the role while he also stated that he was on the lookout for a new selector to replace James Glancy who has joined Paddy Christie's new management team in Longford.

Solan misses out on Mayo job

The Leitrim manager also revealed that Mohill's international sprinter Eanna Madden would be taking over the role of head physiotherapist for the Senior football team after Shane Bohan stepped down from the role.

However, Moran urged Leitrim GAA to find a mechanism to keep the highly thought of  Drumkeerin clubman involved in the game in the county.