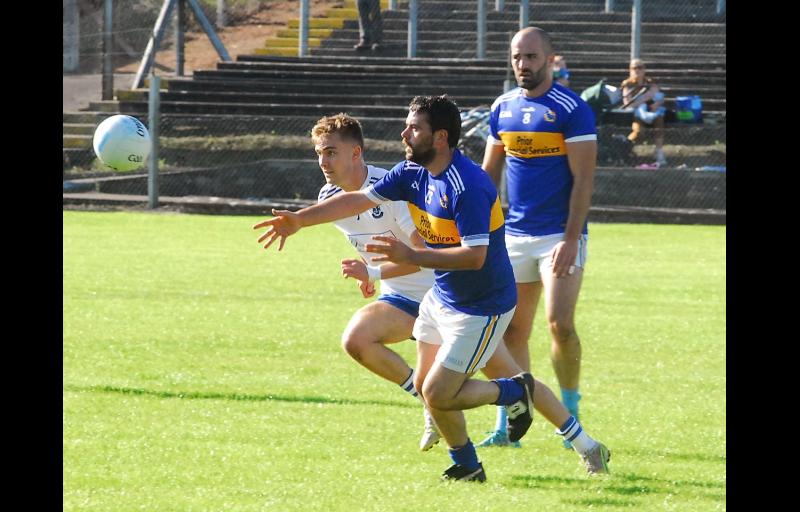 Aughawillan manager Cathal Murphy pulled no punches when analysing his team’s 2-15 to 0-11 loss at the hands of St Mary’s Kiltoghert in the Connacht Gold Leitrim SFC Quarter-Finals, bluntly remarking “ they bullied us really and truthfully right throughout the park.”

Aughawillan never got to grips with St Mary’s and it is clear that Cathal believes the Carrick team can made a big impact in this year’s championship: “Put our hands up and that’s the reality, they bullied us really and truthfully right throughout the park and that was the end result.

“I’ve no complaints, I’ve told the lads inside that on the day, they were the superior team and you have to hand it to them - they’ll be contenders.”

Neither did Cathal feel his team ever got into the rhythm of the game: “They were very physical and they got to grips with our midfield where we were dominant all year, won the breaking balls - just bullied us throughout the pitch. At no stage did we have a purple patch - we’d get a score, they’d tag on a score and never did we get into the flow of things.

“They dictated the pace of the game. We got it back to four and they got a goal, we never closed the gap. Halftime it was eight-two, we never threatened them. Every time we got a score, they went up the field and replied and that’s the just reality of it.

“Goals win games and on the day we didn’t get a goal either so that comes back to bite you when you don’t score goals.”