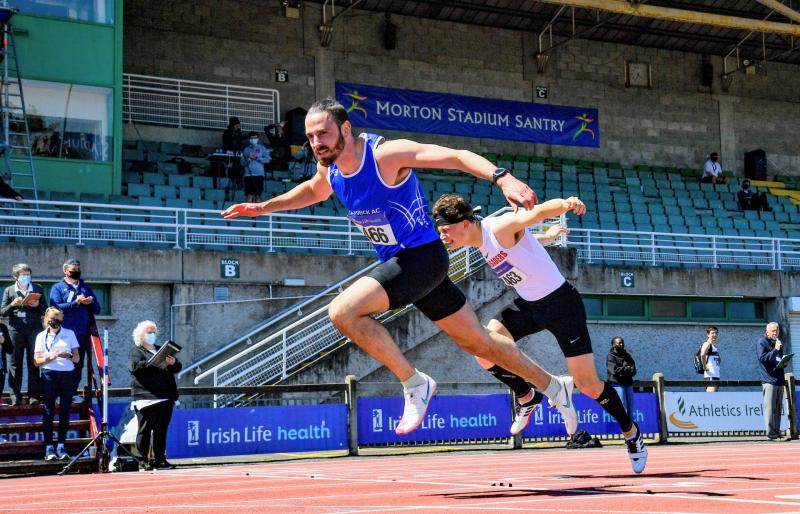 2021 has come to an end and here in the Observer Sports Department, we've asked some of the county's sports stars and journalists to cast their eyes back over the last 12 months and give us their stand out moments. International hurdler and coach Gerard O’Donnell looks back on his highs and lows of 2021.

HIGHLIGHT OF THE YEAR: Being in the stadium in Tokyo for all the athletics, especially seeing the Irish 4x400m mixed relay team line up for an Olympic final, with two athletes that i coach on the team.

LOWLIGHT OF THE YEAR: Still having no fans at most athletics events. Parents, Coaches, Friends and Families invest a lot into athletes and want to be able to see them perform and enjoy the sport that they love. The European Cross Country in December showed what a difference the fans can make to the athletes, so hopefully in 2022 the punters will be back in the stands.

EASIER OR TOUGHER IN 2021 DEALING WITH THE PANDEMIC: Probably easier overall because we just got used to having to be very prepared for everything, including last minute changes, cancellations. The athletes had to be ready to take any opportunity that presented itself, and coaches had to adjust plans and preparations like never before. Tokyo was the ultimate test as their restrictions had to be extremely tight for obvious reasons - but meant having to bring 16 separate documents to the airport, and a seven hour wait in the airport upon landing ... and that was just the start of it! 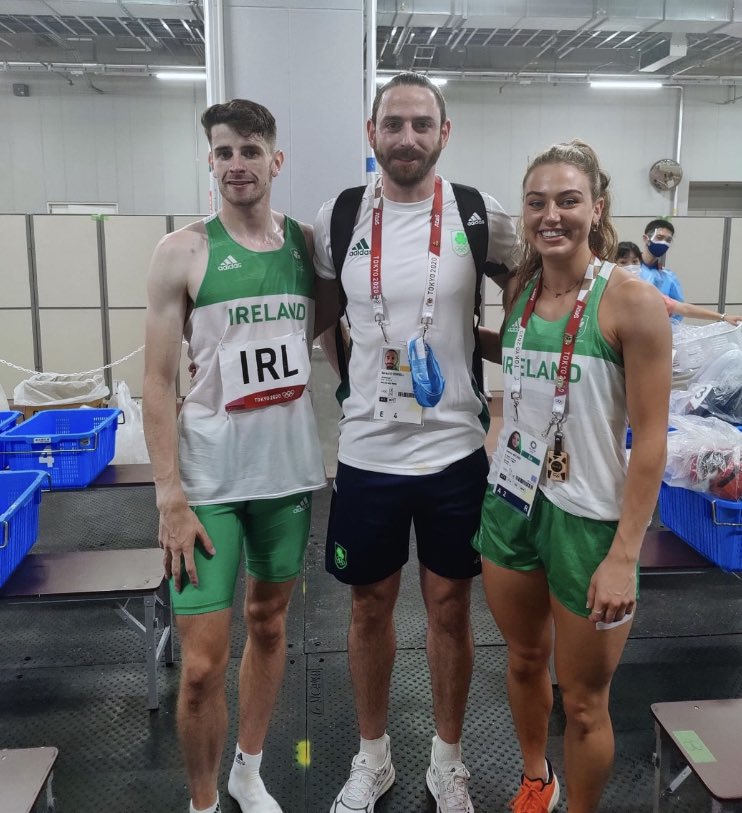 PERSONALITY OF THE YEAR: Kellie Harrington - Olympic champion and a class act. A great person and athlete. I had the pleasure of being her teammate for the European Games in 2019, where I saw firsthand what a real leader she is within the boxing team and Team Ireland as a whole. An inspiring role model for people from all backgrounds and abilities, of the heights of success that can be reached with dedication to your craft.

TEAM OF THE YEAR: Ireland's mixed 4x400m relay, an incredible achievement to qualify for the Olympics in the first place by reaching the world relays final in May. Then Cillin Greene, Phil Healy, Sophie Becker, and Chris O'Donnell went on to run a huge national record, become the first Irish relay team to get to an Olympic final, and finish 8th in the Olympics.

EVENT THAT MADE YOU DO WOW IN 2021: The men's 400m hurdles final in Tokyo. The greatest performance we've ever seen in track and field, and I had the front row seat. I think I mentioned it as one to watch in last year's review, but nobody could have predicted the scale of performance by Karsten Warholm in taking the world record to unheard of territory. Irish coach Feidhlim Kelly shouted from the stands to Warholm post race " that's the greatest thing I've ever seen in my life", to which he replied "good, it's the greatest thing I've ever done in my life"!

ONE THING I’D DO TO MAKE SPORT BETTER IN 2022: One area of sport that suffered last year, certainly in athletics, was juvenile athletes not being afforded the same opportunities to compete, as the senior or "elite" athletes. Clubs are suffering the damage this has caused, with drops in membership in these age-groups, as there's only so long you can keep young people involved when they don't have the opportunity to challenge themselves against their peers. If restrictions are to continue, or new ones put in place, we need to ensure it's not those who were most effected last year bearing the brunt of it again.

ONE TO WATCH IN 2022: Rhasidat Adeleke - 100m & 200m European U20 champion in 2021, as well as breaking the Irish senior record over 200m, and winning the 100m national title. And some super fast 400m relay splits during her time in college in America, I think she could do something really special at any of the three sprint events this year.