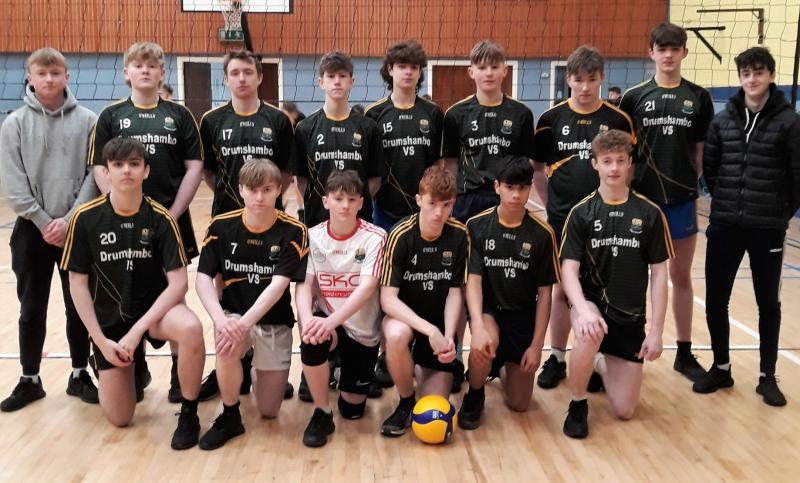 The Drumshanbo VS Senior Cup panel

After drawing with Elphin in Junior A two days previous, Drumshanbo experienced a rare failure to beat Elphin at any age when they lost to them in the Senior cup and drew with them at cadette. It should be cause for concern but instead Drumshanbo came home very pleased from their trip to Roscommon’s Ballinagare hall.

This was a thriller. Elphin, ranked second top school in the country, duly marched on in this Spring competition. In the first set they obliterated Drumshanbo with Colin Burke giving them a lead of 10-1 to start! But, buried in that first set, were titanic battles for points as the set moved on. It took 66 touches of the ball for Elphin to crawl from 12 to 14.

This pressure brought the best from Elphin they had superb defence, dumps, spikes and, with being two years older, age wise, they were more powerful serves. Part of Drumshanbo’s pressure came from an ever-improving Darragh Lee, who, thanks to Drumshanbo’s captain, Aidan Dowler’s sets, hit winners.

The early second set seemed to be falling the same way when an early Drumshanbo lead of 4-4 was squashed by a service run from James Brennan and Elphin led 9-5. But then Drumshanbo began fighting with all guns. First it was Cormac Rynn and Daniel O’Loughlin. Rynn’s serve causing all sorts of problems and O’Loughlin exerted continuous pressure at the net.

The set levelled 10-10. Then three more came to the fore. Libero Ruairi Grier was picking up every ball that came to the back. He fed in to Cian McCormack who chased everywhere to get the ball and set it up. Then it was Pádraig Kane who raced to all defences and rose to hit down numerous sets.

This was all done on Jason Lynch’s serve and Drumshanbo took a 19-13 lead. When Rynn blocked down a Burke spike the support went wild.

But, 6-0 on Luca Hill’s serve, gave Elphin a huge start in the final set. Still Drumshanbo were never dominated like in the first set and Cian Dennis aced them back to 4-6. This remained the margin at 10-12. Elphin raced 15-11 ahead. A spike winner and an ace from Lynch pegged it back to 17-19 but the experienced Elphin prevailed.

Two years ago this Elphin group were the second best cadettes in the Republic. For Drumshanbo’s virtual new cadettes to come so close indicates a bright future. (Drumshanbo championship seniors were mock exam tied)

With manager Aidan Shannon running the bench, all Drumshanbo players had moments to remember. Connor Mcloughlin excelled at the back and setter Nathan Mahon moved easily to the ball. Jack Keaney had a great tip winner at 9-10.

In the second set, Fionnáin McKeon and Cian Ferry had runs of serves. Fionnáin turned the set around, serving from 9-12 to 13-12 and Cian opened up a lead of 18-13 in a run that contained 3 aces. J.J. Gilmartin made his mark with a spike winner at 20-15. 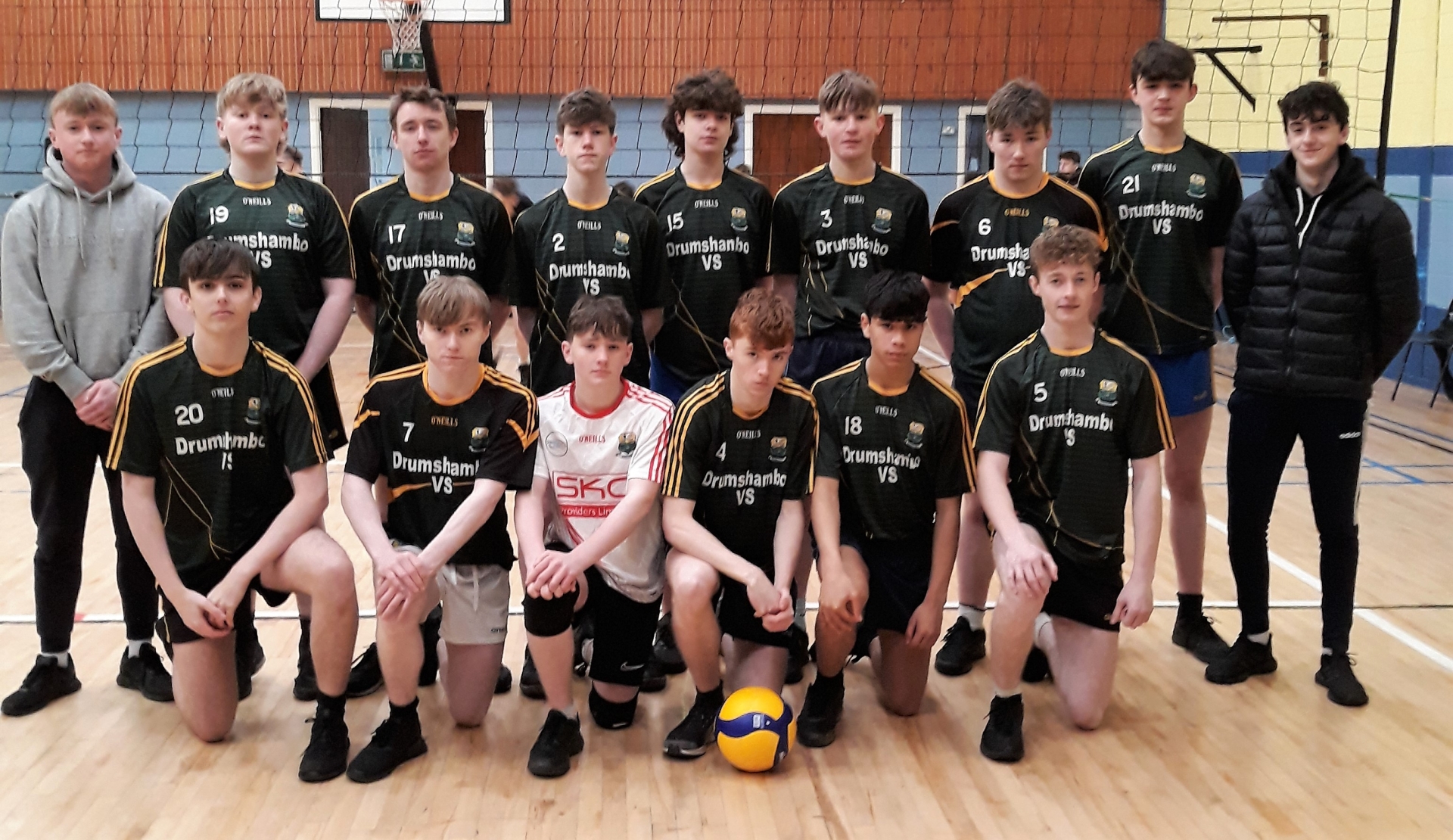