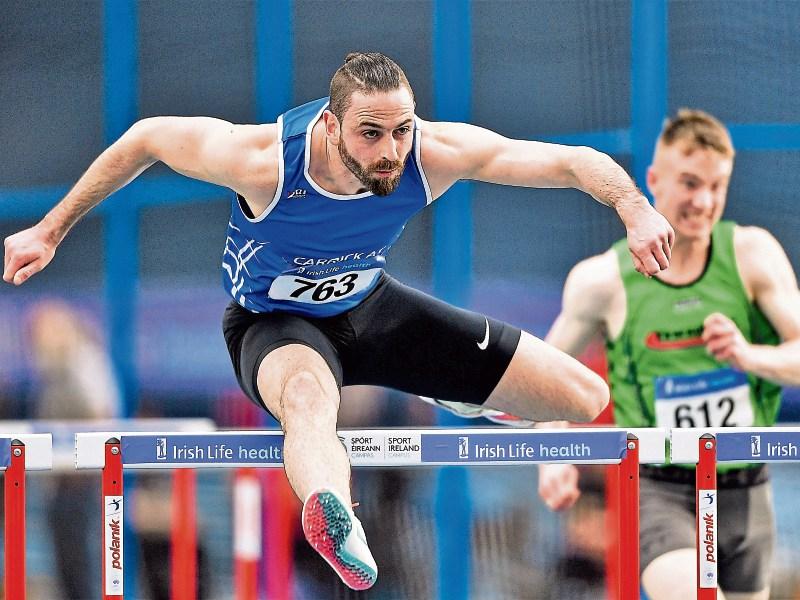 O'Donnell looked on course to retain his 60m hurdles title after he produced the fastest time in Saturday's heat, clocking a season's best of 8.07 with long time rival Matthew Behan clocking 8.14 in the first heat.

Unfortunately for the Leitrim athlete, he got a blistering start in the final that carried him too close to the barriers, forcing him to take two extra steps and robbing him completely of his momentum.

And in a race as short and as explosive as the 60m hurdles, it left O'Donnell chasing a huge gap to Behan and his Crusaders AC teammate Valantinos Goularas. O'Donnell made a huge effort to chase down his rivals but the gap was just too large as Behan won in 8.14 with Goularas second in 8.25 and Gerard third in 8.39 seconds.

However, it was an otherwise solid outing and another national medal for the Leitrim man who will be looking to the outdoor season with plenty of motivation. 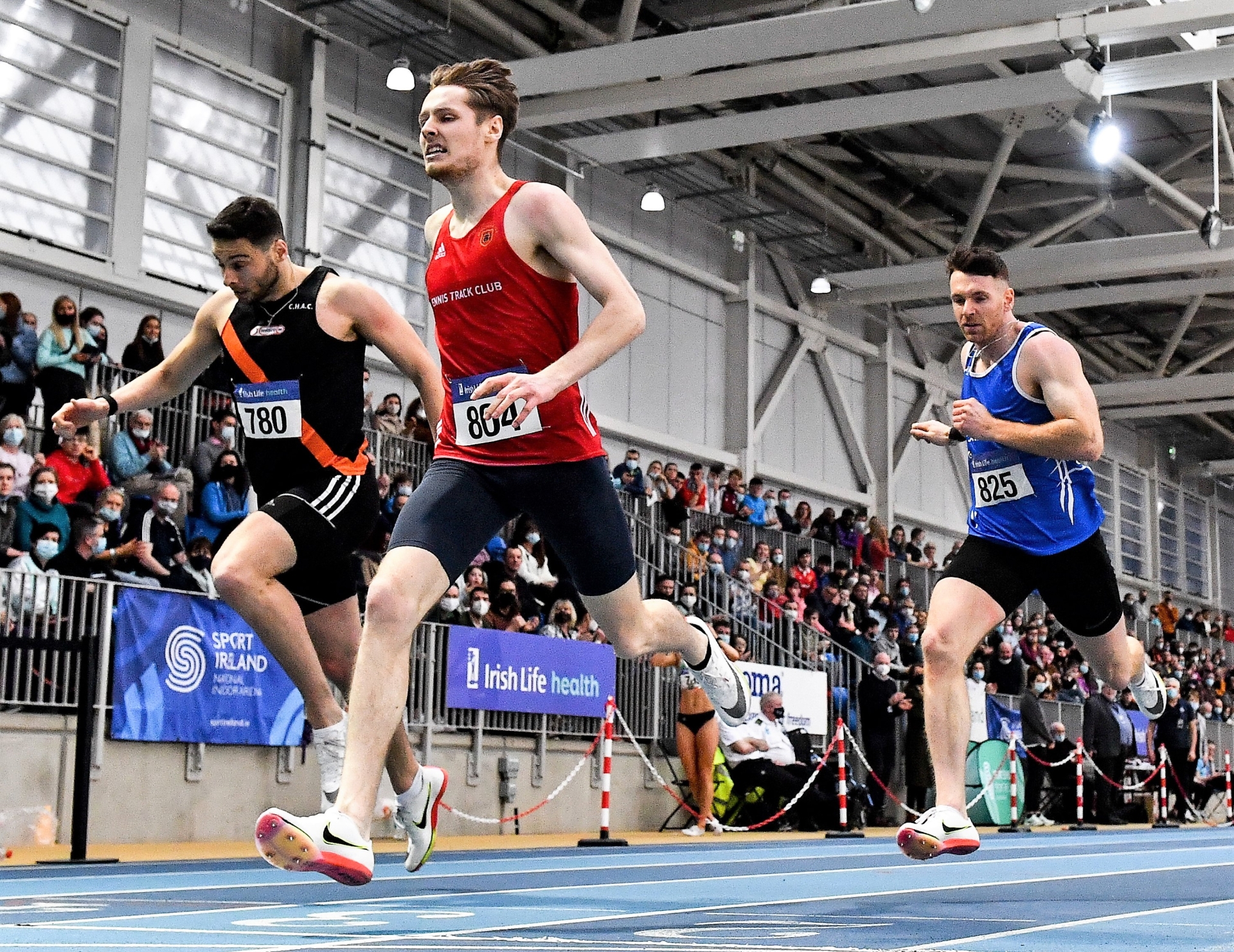 On Sunday, it was Eanna Madden's turn to suffer frustration as he made a brave effort to claim a medal in the 400m final. Having qualified third quickest for the final on Saturday with a time of 48.48, the Mohill man went all out in pursuit of a medal.

Chasing training partner Cillin Greene of Galway City Harriers, Madden went through 200m well under 22 seconds and held a good lead over the chasing duo Cathal Crosbie and Brian Gregan. Greene would go on to win the title with a superb time of 46.64 to top the Irish rankings for the year.

Gregan & Crosbie started to close the gap on Madden but the Leitrim man was holding them off until the final 50 metres when the effects of his blistering start began to bite, the duo just getting by him to take the medals in times of 47.77 (Crosbie) and 47.85 (Gregan).

There was some small consolation for Madden in that he set a new personal best by the smallest possible margin as his time of 48.02 took one hundredth of a second off his previous best set six years ago in Boston.

Ellis Conway of Carrick-on-Shannon AC missed out on qualifying for the Senior Women's 800m by less than half a second as she finished sixth in a slow and tactical heat on Saturday. Her time of 2.19.13 was less than a second and a half away from the heat winner and agonisingly 0.27 of a second away from reaching the final.

The Carrick AC athlete had the misfortune to be boxed in over the final, unable to get off the inside curb to give her a clear run that might have seen her reach her first ever National Senior Final.

However, Ellis will be hoping for better luck when she competes in the U23 championships in Athlone on Sunday March 13.

Also in action last Sunday was Alannah McGuinness who clocked a time of 8.06 in the third of three heats in the Women's 60m while Cathal McElgunn clocked 24.06 in the mens 200m heats, both athletes competing after their season's have been disrupted by illness. McGuinness will also compete in the U23 event.

The next big indoor athletics events will be the Irish Life Health Athletics Ireland Juvenile championships which will be held over two weekends, starting on March 19 & 20, and on Sunday April 3, before the attention then turns to the outdoor season.