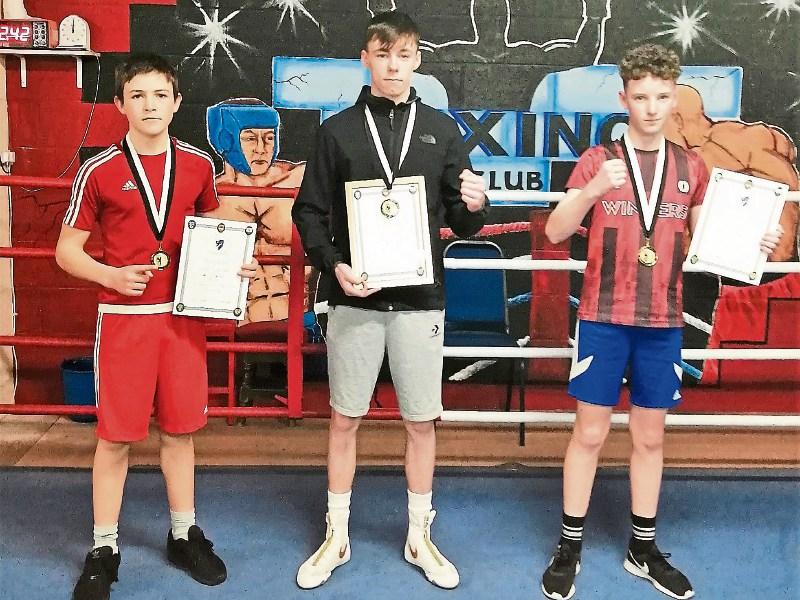 After two years out of competition, Sean McDermott Boxing Club in Manorhamilton are delighted to be back competing. The club entered three boxers for this year's Connacht Championships which were held in the Hub in Castlerea.

Evan O’Donnell (Youth 1 50kgs), Michael Ward (Youth 2 52 kgs) and Josh McDonagh (Youth 2 60 kgs) were the three in action with Michael and Evan receiving walkovers as there were no entries in their weight categories.

It was disappointing for the two lads who had trained very hard for the championships, travelling to spar with other boxers.

Josh McDonagh came up against a very experienced boxer Mikey Delaney from Olympic Boxing Club in Galway and the fight did not disappoint the many in attendance, an action-packed fight.

Delaney pushed the action, looking to engage in a war but Josh kept to the game plan worked out with coach Jason Clancy by keeping it at long range. The contest was a back and forth bout with both boxers having their moments but McDonagh, being a tall rangy southpaw, caught the judges eyes with the cleaner shots and got awarded a very close 3/1 split to be crowned Connacht champion.

That event kicks off a busy month for the club with back to back tournaments organised every Saturday and Sunday on top of sparing during the week.

The club also have Justin Kelly, son of coach James Kelly, busy training for his own Boy 3 Connacht Championships in four weeks time so it is all systems go at Sean McDermott Boxing Club right now!