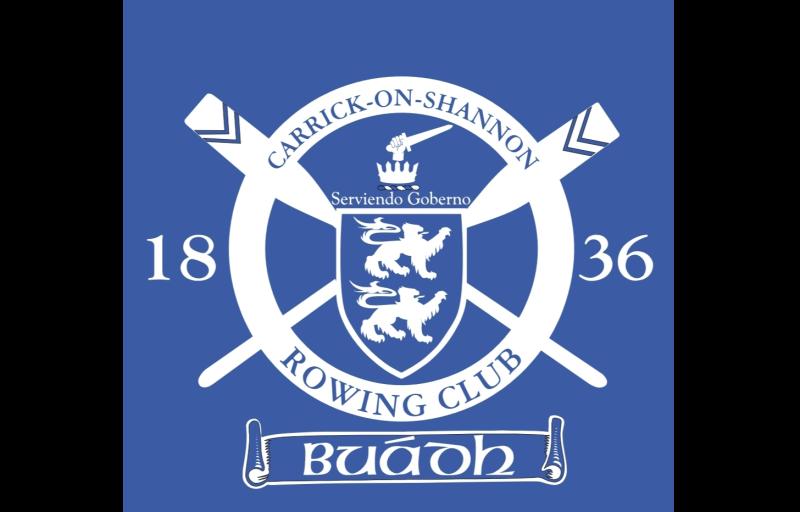 This weekend sees the highlight of the competitive rowing season as all eyes turn to the Rowing Ireland National Championships at Inniscarra Co. Cork from July 15-17.

The destination of many of this year's titles remain somewhat of a mystery as many clubs have not seen as much competitive action as they would like with the cancellation of some major regattas. Lough Rynn Regatta and Cork Regatta, both Grand League 2K events, fell to the weather earlier in the season and both are competitive events for watching crews coming into form.

This year's Championships is for J16 crews and over which unfortunately many of our Junior crews at Carrick RC will not get the opportunity to attend and compete. They will have ample opportunity to race at our own regatta in Carrick on July 31.

Nonetheless Carrick are sending down a number of competitive crews for the weekend and we expect many of these crews to feature strongly.

First up Aoife Lowe will be competing in the Intermediate Scull and Senior Scull on Saturday and Sunday. Aoife has made the jump this year from the junior ranks and has excelled in training and competition down the years. It is brilliant to see the dedication and determination paying off for Aoife to compete in the Senior scull following in the footsteps of Frances Cryan and Dympna Kelly of Carrick RC.

In the Women's Junior 18 events Carrick have some excellent crews who again have progressed with determination over these past two years of Covid-19 and cancellations to make it to these National Championships.

In the Junior 18 Coxless Quad our Carrick crew of Grace Earley, Sarah Lee, Mae Harman and Patryca Kaminska take to the water on Sunday. These ladies will slip  in our newly named 'Joe Lowe' Coxless Quad and we look forward to seeing this crew progress to the finals in the afternoon. They have the form and are definitely a crew to watch.

These girls will have warmed up for this event by competing in the Junior 18 Doubles 2x competition on Saturday, Grace and Mae will pair up as will Patryca and Sarah. Again both boats have lots of pace and power for this doubles competition.

These Junior Crews are under the tutelage of Club Coach Mark Butler who has taken this J18 category these past few years. Mark has a lifetime of good rowing experience which he has imparted to these crews all season with early mornings, late evenings and long hours on the river. The standard of these crews technically, race ready and tactically is a testament to the work done well over many hundreds of hours with Mark and the solid foundations built with other members of the coaching team down the years.

Elsewhere a number of Carrick Rowing Club 'Alumni' will be taking to the water with their University Club crews. Fintan and Thomas Earley will again be looking for national honours as their UCD Senior 8 will take to the water in the last race of the day on Sunday. Fintan, the younger of the Earley brothers, takes on the responsibility of stroking the UCD crew while brother Thomas is in the engine room in the 5 seat.

This field is stacked with talent, International and Olympic experience as UCD/ Skibb slip with the likes of Ronan Byrne, Fintan McCarthy and Paul O'Donovan on board. Cork Boat Club, Trinity and University of Limerick/Castleconnell complete the line up. The boys also feature in different lineups in the Men's Senior 4 and Intermediate 8 over the weekend.

The club is exceptionally proud of their efforts and we will be cheering them on over the weekend.

Not to be outdone, our Carrick Ladies now residing in NUIG Boat Club will also have a very busy weekend of competitive action. Shauna will be in the 2 seat of the NUIG BC/Galway RC composite crew in the Women's Senior 8 competition while also competing in the Club 8  and 2x earlier in the weekend. Gwen O'Rourke will also feature in the Club 8 competition and the Women's Coxed club 4. Both these girls have had a busy few weeks training after some thrilling racing in Henley Women's Regatta. Again all their old coaches, the committee and club members wish them success and good rowing for the weekend.

To keep up to date with the progress of all these crews keep an eye on Rowing Ireland social media over the weekend. Alternatively keep the windows open as you might hear the roars of the Carrick rowing supporters as the finals roll out on Sunday afternoon.