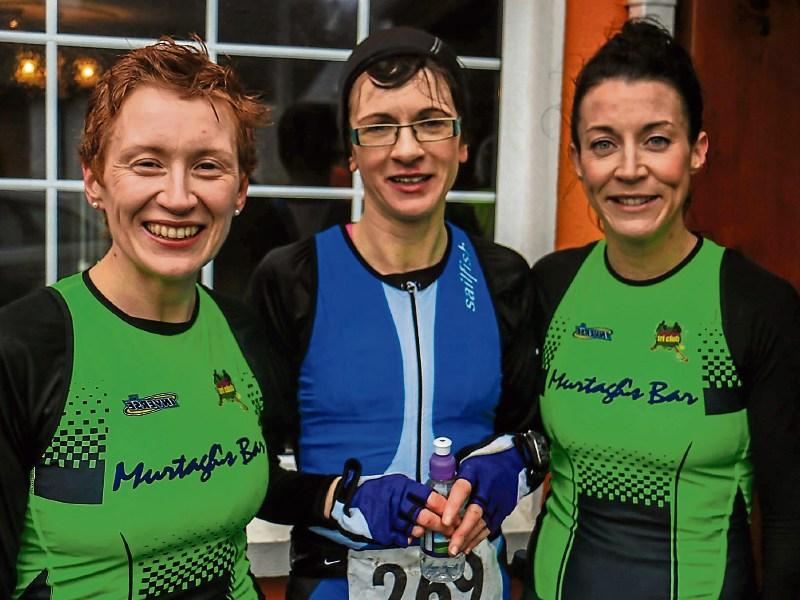 Lough Key Tri Club's Dympna Kelly and Siobhan Murtagh who have both been selected to represent Ireland in the coming months.

In an exciting development for the sport of triathlon locally, three Carrick-on-Shannon based members of Lough Key Triathlon Club have qualified to represent Ireland at 2017 European Championship events.

The club, which is only just over 10 years in existence, has seen rapid growth in members in recent years and these selections come off the back of para-triathlete club member Tojo Lazarri representing Ireland in competition in recent months.

International representation will not be something new for two of the triathletes with former Rowing Ireland athlete Dympna Kelly getting the call for the European Olympic Distance Age Group event in Austria in June while former junior international athlete Siobhan McWeeney Murtagh will go in the European Duathlon Championships in Spain in April.

There was further good news this week with the Triathlon Ireland National Age Group Series being finalised and Dympna Kelly winning her Age Group National title in triathlon and Siobhan Murtagh coming third in her age group for the Duathlon National Series.

The National Series is a League based format where competitors build up points over the season at designated races and the use the top 4 races for their points total.

Kelly topped a total field of 270 triathletes in the 35-39 age national category and won by the slimmest of margins with points of 456.751 with Brianne Mulvihill of Piranha TC from Dublin in second on 456.565 points and Victoria Nicholson on GoTriTC in Clare in third on 451.673 points.

Murtagh was third in her age category behind overall National Duathlon Champion Lorraine Carey in first and Bronagh Adams in second.

Both will receive their awards at the Triathlon Ireland annual dinner in Dublin next month.