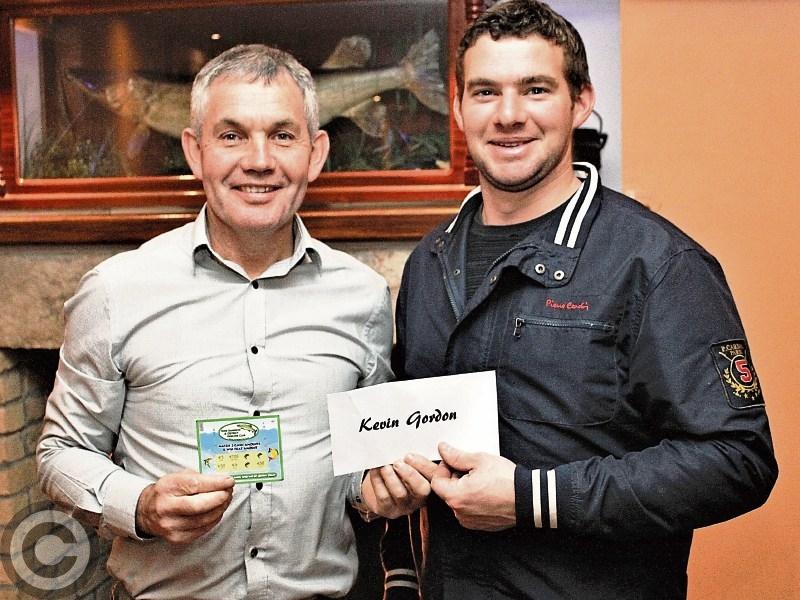 As part of the Inland Fisheries Ireland (IFI) Research Seminar Series, Dr Kyle Young, a Research Associate from the University of Zurich, was recently invited to Ireland to give a presentation on his novel approach to enhance wild Atlantic salmon production in river systems.

This concept proposes the translocation of wild fry from abundant to low productivity areas within a catchment. Natural survival bottlenecks are experienced by Atlantic salmon through each stage of its lifecycle, from egg to fry, fry to parr, parr to smolt and so on. Under natural conditions, the vast majority of wild salmon fry do not survive to become parr.

These so called “doomed majorities” can be present in sections of rivers with an initial abundance of emergent salmon fry whose subsequent population size is constrained density dependent mortality and by the carrying capacity of the habitat.

Dr Young proposed that such fry could be translocated from these areas to low or non-productive sections of the same river where suitable habitat is present, in an effort to potentially boost the overall production of native wild salmon populations.

This approach may minimise the unintended negative consequences of more conventional salmon stocking programmes where wild salmon broodstock are taken from spawning areas and eggs fertilised in the hatchery.

Hatchery-origin fish are also typically less well adapted to thrive than their wild compatriots and the overall fitness of the wild component of a population may be compromised through lower overall survival, interbreeding and competition for resources with stocked fish.

Dr Cathal Gallagher, Head of Research & Development in IFI said “We were delighted to welcome Dr Young to our headquarters in Citywest to further explore the potential of this novel proposal to boost wild Atlantic salmon populations.

"This iconic species is of both major conservation and socio-economic importance to Ireland.  Although wild salmon are widely distributed in Irish freshwaters, their long-term sustainability remains under continued threat from a variety of factors.

Congratulations to Kevin Gordon Mohill who was the lucky winner of the recent draw of the club scratch card lottery. Kevin is the winner of two nights plus dinner with €500 spending money in Lough Rynn Castle hotel.

The club would like to thank all those who bought tickets and supported the club in their fund raising to help with the stocking costs of the club. Members are advised that 2018 membership fees are due by January 1. For more details please go to www.rinnshannon.com or call Paul Beck on 0876254740.

Until next time … stay safe on the water and always wear a life jacket whilst out on the water.