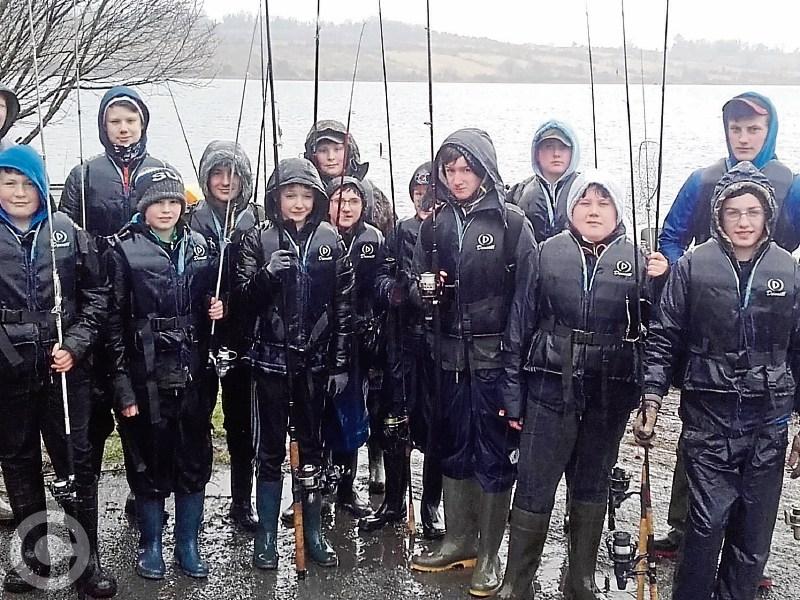 Staring young and learning the tricks of the trade - the St. Mel's College Angling club who recently visited Lough Rowan for a club day out. Photograph by teacher Michael Galvin

With the ever-increasing temperature as the weeks glide by trout fishing has improved, as more and more fly life is visible on the water.

Trout are now switching from a diet of hog louse and aquatic snails to the easier and more plentiful aquatic and terrestrial insects brought on by the increase in temperature.

Consequently you will notice a lot more anglers out on the waters and fish will become warier with many having been caught and released since opening day.

A question I get asked quite often is what I prefer more, river or lake angling? My preference is and always will be river fishing. The main reason for this preference is I find it easier to ‘read’ rivers.

This is the ability to look at the water and know where the fish will be and what they are likely to be doing.

Familiarising oneself with the many physical features of a river that trout prefer to lie in gains this. A walk of a river when it is down to the bones will reveal an awful lot. Three factors dominate the life of a trout. The need for food, the need of security and the need to conserve energy.

Where a section of a river provides all these three factors, then that is where the fish will be.

Larger bodies of water such as lakes can be daunting, especially if no fish are rising. I always get a feeling of “where do I start” There can often appear to be so much featureless water and so many places where the fish may not be!

However all is not lost as there are always clues to the places where, on a given day trout may be gathered. The topography of the surrounding land, the wind and the water temperature hold the keys. Find the food and you will find the fish!

Look for drop offs, trout tend to gather here, as here they are much safer from predation and can slip down into the depths at the first sign of an awkward angler or a predator such as a Heron or cormorant.

Wind and its effects on a water body and in turn the fish and their food in many ways.

Wind will push the top layer of water along the slower moving layer beneath. It will move any insects held in it so I always target a “Slick lane” where feeding trout will happily hoover down insects as they are moved along much the same as a conveyor belt in a sushi restaurant!

If the wind has been blowing from the same direction for any length of time it will pay to target the downwind shore as this is where all the oxygenated, cooler, food rich water will be.

Obviously with all this food available the fish will tend to gather there. The only downside to this is that anglers from the shoreline will have to cast into the wind, which can prove difficult.

In order to lessen the hardship, I recommend you use a single fly, thus avoiding the creation of a “birds nest” as would happen using a team of three flies.

Finally if you take heed of your surroundings and the various topographical features, mixed in with some common sense on a given water body no lake will seem daunting and will turn a challenging situation into a successful one.

Until next time….. stay safe on the water, wear a lifejacket and practice catch, photo, release.