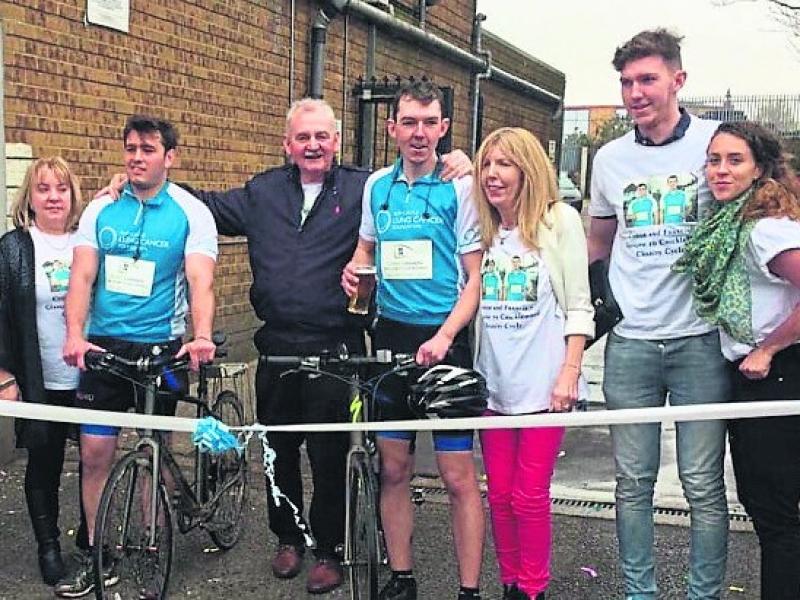 Next Tuesday, August 28 a mammoth 470 mile cycle from Ballinamore to London will depart.

Siblings Patrice and Francie Smyth and Conor McWeeney are doing the cycle to raise money for Prostate Cancer UK and The Roy Castle Lung Cancer Foundation.

Earlier this year Patrick Smyth, originally from Aughnasheelin, was diagnosed with prostate cancer after a routine check-up at the doctors.

Patrice told the paper, “Although Dad has been super positive and the care he has received from the NHS has been fantastic, we wanted to raise money and awareness of the most common form of male cancer in the UK and the second in Ireland.
“Dad demonstrated none of the signs or symptoms and so getting yourself tested and talking about it is key to making sure that more men get diagnosed as early as possible.”

Conor McWeeney's mother, Joan has been fighting lung cancer for the past two years and has come out the other side, strong, positive and a role model to us all.

This is not the first time that the Francie Smyth and Conor McWeeney have taken on such a feat. A couple of years ago they undertook a cycle from Glasgow to London in aid of Macmillan and The Roy Castle Lung Cancer Foundation.

Patrice said, “This time they have recruited me, and they have promised that they will deliver me back on September 1 to the Bokor pub in Kilburn in one piece!”

Any donation, however small, will go some way to helping people affected by prostate and lung cancer.
The group will meet in Ballinamore this week before embarking on their journey, they have been sponsored by a pub and family friend in Kilburn – The Bokor. Post cycle celebrations will be held there on September 1.