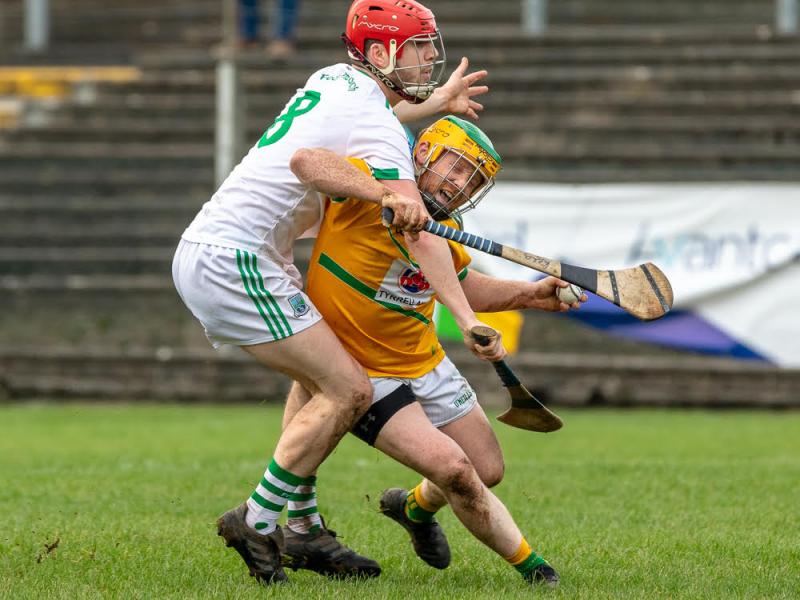 A depleted Leitrim outfit, who were short eight regulars, suffered a fourth league defeat on the trot on Sunday afternoon in Avantcard Páirc Seán MacDiarmada where a six point win for visitors, Fermanagh saw the home side end a winless campaign.
Fermanagh were always on top in this game.

But Leitrim did manage to get on level terms twenty-two minutes into the first half when Colm Moreton crashed the ball to the Ulster side’s net to make it an even Stephen affair that only last sixty seconds.

Fermanagh went back into the lead with a twenty-third minute Nathan Timoney point and they never subsequently relinquished control of the action from there to the finish.

The fact that Leitrim did not have the services of regulars on Sunday like Clement Cunniffe, James Glancy, Zak Moradi, Kevin McGrath, Paul Early, Cathal McCrann, Cathal O’Donovan and Ben Murray certainly was quite a drawback for the showdown with Fermanagh.

Leitrim manager Martin Cunniffe has introduced a number of new faces to the county colours during the league campaign. He is hopeful that the experience gained by these players will prove to be useful for the Lory Meagher Cup championship campaign.

The Leitrim manager is also looking forward to having services of all his regulars as well for Lory Meagher Cup championship campaign.

On Sunday Fermanagh got off to a flying start and grabbed an unanswered four point’s advantage in the opening six minutes. In this period Nathan Timoney, Francis McBrien, Jimmy Timoney and Conor McShea all hit the target from play for the Erne men.

After a slow start Leitrim got their account opened when Colm Moreton fired over an eighth minute point. Two minutes later Gavin O’Hagan halved Fermanagh’s early lead when he put over a free.

Points were traded at opposite ends by the 17th minute after John Duffy found the target from a Fermanagh free and Liam Moreton did likewise for Leitrim with a well hit score from play.

Rian O’Buaigh increased Fermanagh’s advantage to 0-3 when he pointed from play on the 20 minute mark.

Leitrim got on level terms two minutes later when Colm Moreton fired to the visitor’s net after making an impressive run before he blasted home.

When responding to Moreton’s score the Fermanagh men hit back with two points in rapid succession with Nathan Timoney and John Duffy (free) getting a score each for visitors.

Aaron McDermott kept Leitrim in the hunt when he hit over a 28th minute point from play. Fermanagh hit back with two more points before the break when John Duffy and Nathan Timoney found the target from play in turn.

Meantime Leitrim goalkeeper, Declan Molloy made a top class save in between Duffy and Timoney’s points when denying a goal bound effort from Barry McPhillips.

Fermanagh enjoyed a 0-11 to 1-5 advantage over Leitrim at halftime. A Gavin O’Hagan Leitrim free conversion five minutes after the restart cut Fermanagh’s lead back to 0-2.

Five minutes later Fermanagh’s John Duffy registered the game’s most spectacular score when he hit over a free from 80 metres out against a fairly stiff breeze.

Mark Brehony responded with a 46th minute Leitrim point from play that kept the home side in touch and just trailing by two points.

However, a Fermanagh goal from an unmarked Barry McPhillips two minutes later changed the course of the game in the Erne men’s favour.

Gavin O’Hagan replied with a 49th minute Leitrim free conversion. Over the next six minutes Fermanagh surged further ahead and increased their lead to 0-7 after Rian O’Buaigh hit over a sideline cut from the 20 metre line, John Duffy tapped over a free and Jimmy Timoney split the Leitrim posts from play.

Leitrim responded with four unanswered points and cut the back the Erne men’s advantage to 0-3 by the 69th minute.

In this twelve minute spell Gavin O’Hagan shot three Leitrim points with two of them coming from frees while sub Peter Poniard also added a point.

Fermanagh crushed any hopes that Leitrim might pull the game out of the fire before end when Nathan Timoney fired a goal past goalkeeper Declan Molloy in the first minute of added time.