Use > to navigate through photos 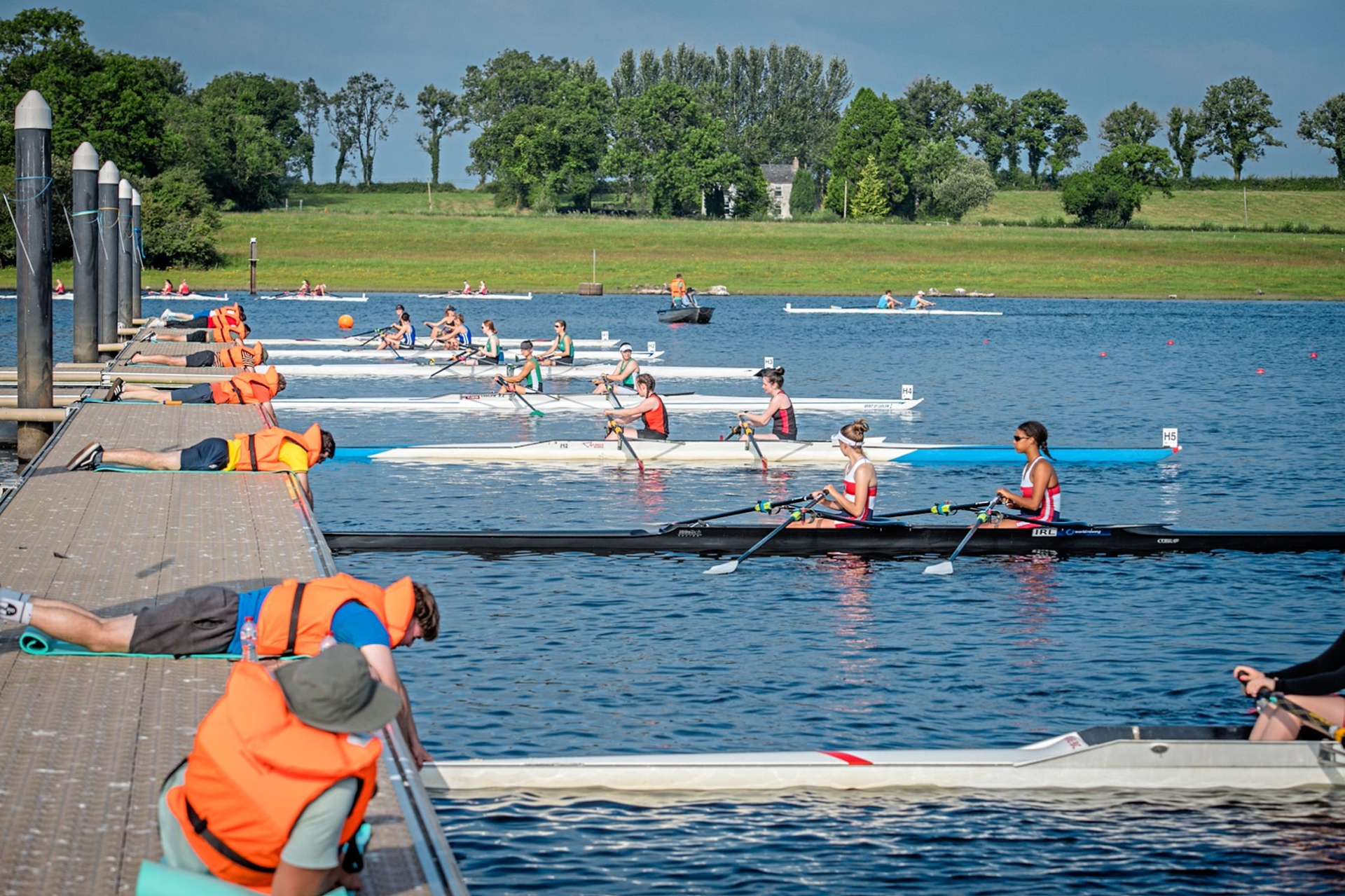 All ready at the start in Lough Rinn Picture: Mark Kelly

On a weekend when Irish rowers were setting the Olympics alight over in Tokyo, the remainder of the Irish rowing community descended on Mohill for the annual Lough Rinn Regatta held in fabulous conditions over a 10 hour racing programme on Saturday last.

Clubs from all over the country came to the County Leitrim venue for the week-end giving a much needed boost to the accommodation & hospitality sector in the area after the Covid pandemic ravaged the tourist season for the past 18 months.

There were strict covid rules in place for all competitors over the week-end around face masks and there were no spectators being allowed much to the disappointment of some locals but all passed off well and safely despite the huge undertaking for the organisers.

Racing was of the highest standard with most of the top rowers in the country getting their first and probably only taste of top quality multi-lane competition in advance of the National Championships which will take place in Cork in four weeks time.

It was the second week-end in a row that the venue had competition with the National University Championships having been held at Lough Rinn only seven days previous.

Racing started at 8am and continued throughout the day with the last race taking place at 6.30pm. UCD won the big race of the day, the men’s senior eights, but were beaten in the men’s senior four by Shandon from Cork in a very close race.

While our Olympians could not be at the Leitrim Regatta for obvious reasons there was a novel attendance in that the Olympic silver winning boat that the O'Donovan brothers used in Rio was actually raced on the day. Maybe we may have some more Olympic winning boats in attendance at Lough Rinn Regatta 2022? This coming weekend will tell us a lot.