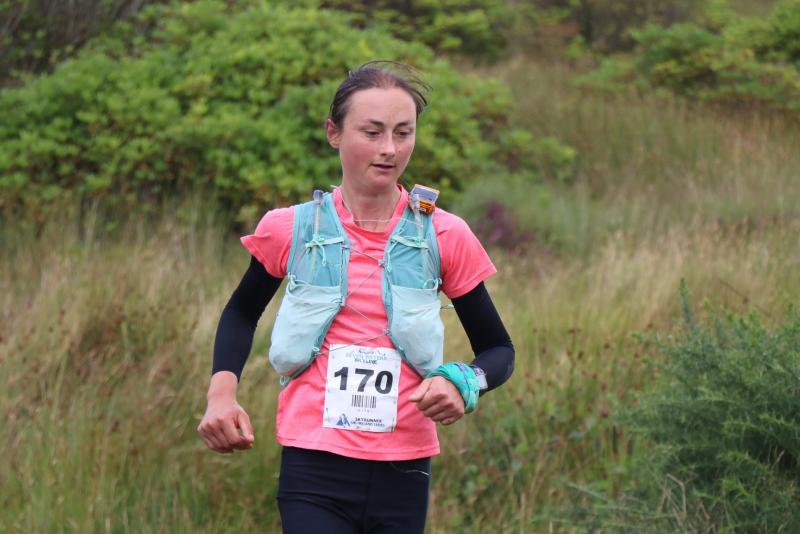 What has been billed as Ireland’s biggest and toughest Mountain running event, the gruelling Seven Sisters Skyline 55, was won at the weekend in superb fashion by Ballinamore's Isobel Oakes.

Not only did Isobel win the overall event, she set a blistering new record time for the distance which was extended by 3km.
Organisers believe that the Ballinamore woman, who won the Women's event at the Killary Gaelforce Skyline in July, may also be the woman to ever win the overall prize at a Skyline event.

Around 200 competitors gathered at the race headquarters in Dunlewey for the spectacular event. Oakes was first overall in the 55k event with a time of 7:41:58. Alan Kearney was first male finisher and second overall, coming in at 7:49.29!

In effect, it involved running Ireland’s toughest marathon, throwing in another 5k, then the North Face of Errigal, and a handy 8k to the finish.

Ryan Stewart was first in the shorter 27k event in a super time of 3:40:15 with Ricky Wynne second in 3.47.31, also inside the old course record for the event.

Many of those who took part were hugely enthusiastic about the event in their comments afterwards, despite its massively demanding nature. The event was spearheaded by Eunan Quinn of excelsports.ie. Great credit is due to the organisers, the sponsors and all the volunteers who assisted in any way.