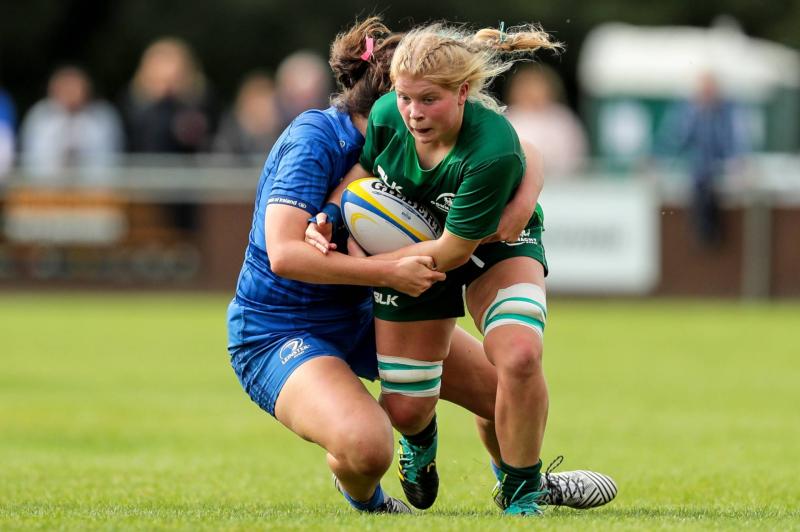 The Railway Union women’s rugby team plays in the Women’s All-Ireland League while their second team plays in the Leinster League. The other nine teams, beside Railway Union, in the Women’s All-Ireland League are Old Belvedere, Ballincollig, Suttonians, Blackrock College, Malone, Galwegians, U. L. Bohemian, Cooke and Wicklow RFC.

Meantime Railway Union first All-Ireland Women’s League game will take place at 5pm on Saturday, September 25 when they play Blackrock College at Stradbrook in Dublin, where Hannah Johnston could make her debut as a Railway Union senior player.

The Railway Union Director of Rugby, John Cronin in a message of welcome to Hannah on the Club’s website, said “Hannah has been outstanding at Sligo, Connacht, and Ireland U18 level and is exactly the type of athlete and person who will excel for us.

“We are really excited to work with her on the next stage of her development” he also added. Meantime Hannah’s former team, Sligo Rugby Football Club wished her all the best on joining Railway Union for the new season.

Sligo RFC extended “congratulations to Hannah Johnston who has been signed by Railway Union RFC. Hannah is from Manorhamilton but has played her rugby with Sligo, Connacht, and Ireland.

“She is an incredible player and an inspiration for other young girls to follow in her footsteps. We would like to wish Hannah the very best of luck in Railway Union.” When she lines out for Railway Union, Hannah will join forces with Riverstown, Co. Sligo Irish senior rugby international, Aoife McDermott who has played for a number of seasons with Railway Union.

Glencar Manorhamilton GAA Club for whom Hannah played at all levels, including the senior ladies’ team that the 2020 Leitrim senior football championship and went on to claim the Connacht intermediate championship title, wished Ms. Johnston all the best as she embarks on her senior rugby career with Railway Union RFC.

The Lurganboy and Manorhamilton communities wish Hannah good luck and continued success as she begins an important new phase of her young sporting life in the ranks of Railway Union RFC.