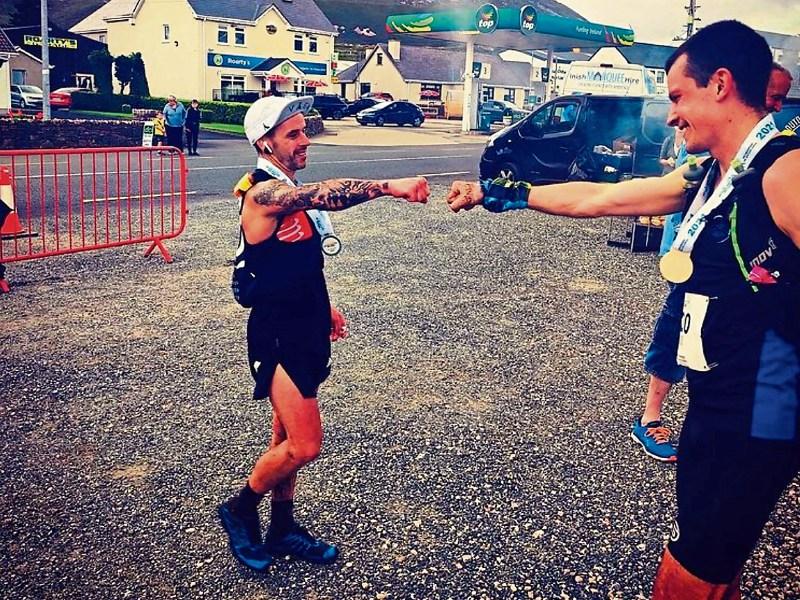 Leitrim's Ricki Wynne is literally going up and down in the world over recent weeks as the Leitrim village resident is currently in the midst of a marathon bout of mountain racing.

With adventure racing and ultra marathons growing ever more popular, the achievements of Wynne, Ballinamore's Isobel Oakes who won last Saturday's epic Seven Sisters Skyline 55 in Donegal and Carrick's Deirdre Martin in the Northern Ireland 50Km championships recently and it really does seem as if Leitrim is on the run!

Drumshanbo native Ricki Wynne is currently preparing for the for the Kerry Way 200km Ultra marathon on September 4. He unfortunately had to pull out of it after 130km last year due to injury but he is favourite to win this year.

In preparation for the Kerry event, Ricki took part in the Killary Gaelforce Skyrun on July 10, the first race back after the Covid restrictions had lifted.

The event saw competitors scale the Maamturk mountains covering 24km with 1200m of elevation - for a bit of context and those of you who have climbed Croagh Patrick, Ricki's Killary event saw the former Allen Gaels & Leitrim Gaels player climb the equivalent of one and a half times of the Reek!

Ricki then took part in the shorter 27km event last Saturday at the Seven Sisters Skyline race up the Errigal mountains in Donegal. Shorter it may have been but the 29 km event saw Ricki climb over 2100m of ascent, three times up Croagh Patrick!

Congratulations to Ricki & Isobel on their achievements and good luck Ricki on the Kerry Way in September.