Exit “left in a deplorable state” 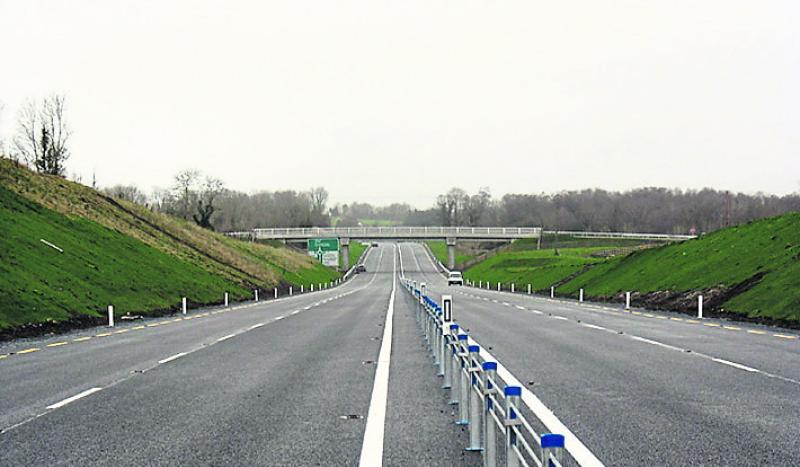 “People like those in Tusla must be in charge of that particular section,” said Cllr Des Guckian (Independent), referring to the exit off the Dromod-Rooskey Bypass at Fearnaught which he said was “left in a deplorable state.”

At the February meeting of Carrick-on-Shannon Municipal District, Cllr Guckian called on Leitrim County Council engineers to advise the TII (formerly the NRA) of the problem.

He also said there is excessive speeding on the bypass. “The two lanes are suddenly merged and speeding traffic on the right-hand lane often rushes to get past those on the left,” he said.

Shay O'Connor, Senior Engineer, Roads, replied, “The Dromod-Rooskey Bypass has been subject to the required safety audit inspection and has passed these inspections. Excessive speeding is a matter for the Gardaí and we will pass on the councillors concerns at our next meeting with the Gardaí.”

Cllr Guckian said he was “not happy at all with the response” and accused the council of “washing its hands” of the matter.
He said the Gardai are never on the bypass and there are never any checkpoints on it.

He described the bypass as being 10km long, very narrow, with no hard shoulders for people to pull in, in an emergency.

“It was an experiment from day one and it has been abandoned at the Fearnaught end,” he said.

Cllr Guckian said there was “something completely wrong” with the arrow directing converging traffic into the left hand lane and he said some sort of “advance signage” was needed to cut down on speed.

Mr O'Connor said the Roads Department has regular meetings with the TII and will raise the matter again. He stressed the council was not just washing its hands of it.