Leitrim: sorting the myths from the reality 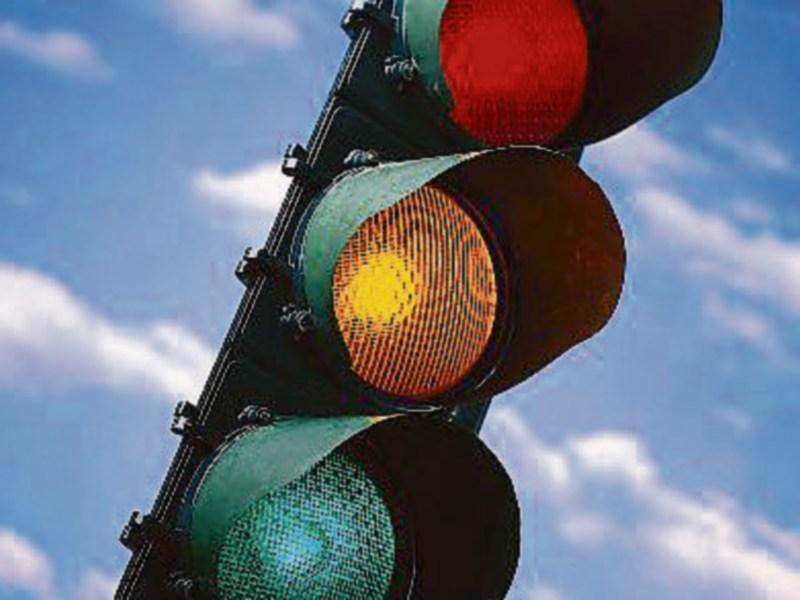 Yes, we have traffic lights in Leitrim....

So Co Leitrim has attracted quite a bit of national and international press attention in recent days as a result of a visit from Ant and Dec. Unfortunately every time Leitrim gets a mention, the speculation , starts - Leitrim has no traffic lights, nobody lives in Leitrim, Leitrim doesn't exist and the list goes on and on and on...

So just to set things to rights, here are the facts!

1. Myth: Leitrim has no traffic lights 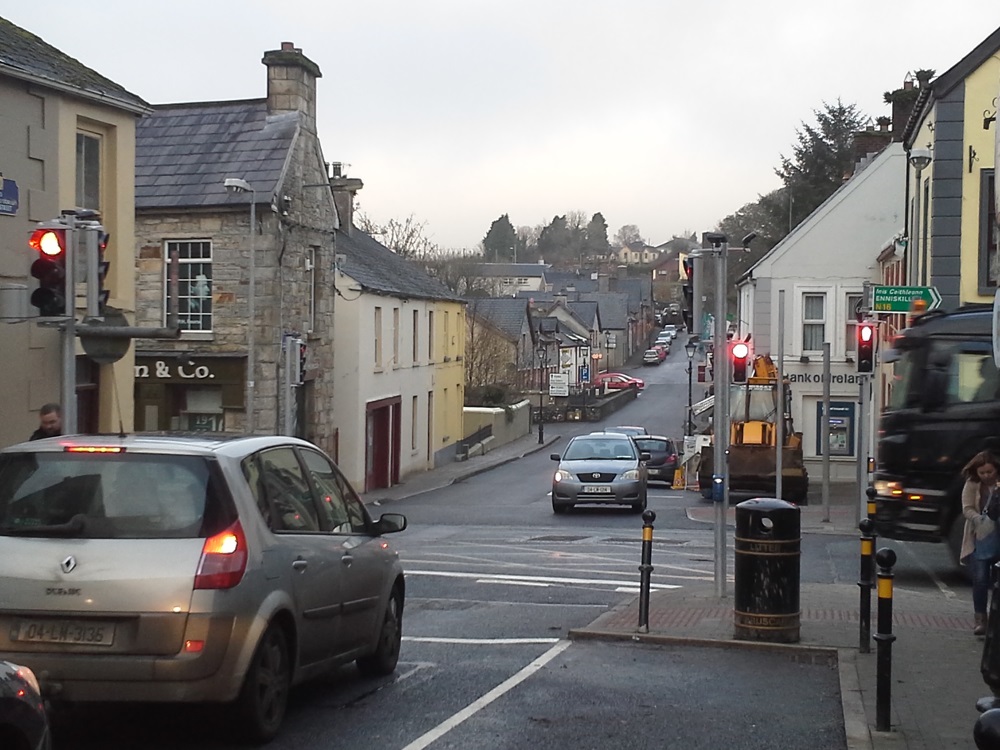 Reality: Leitrim has two sets of traffic lights thanks very much. One at the bridge in Leitrim village and the second on the N16 in Manorhamilton (above). 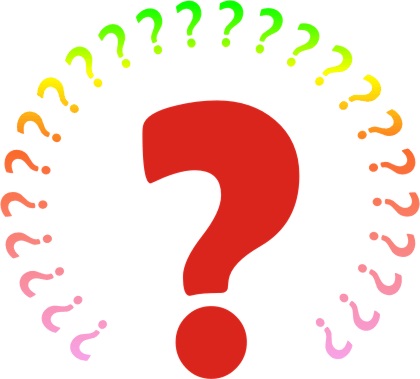 Reality: Ah come on! In fairness this is usually only uttered by people Dublin who are under the impression that nothing actually exists beyond the the toll plaza on the M4.

3. Myth: Hardly anyone's ever been to Leitrim 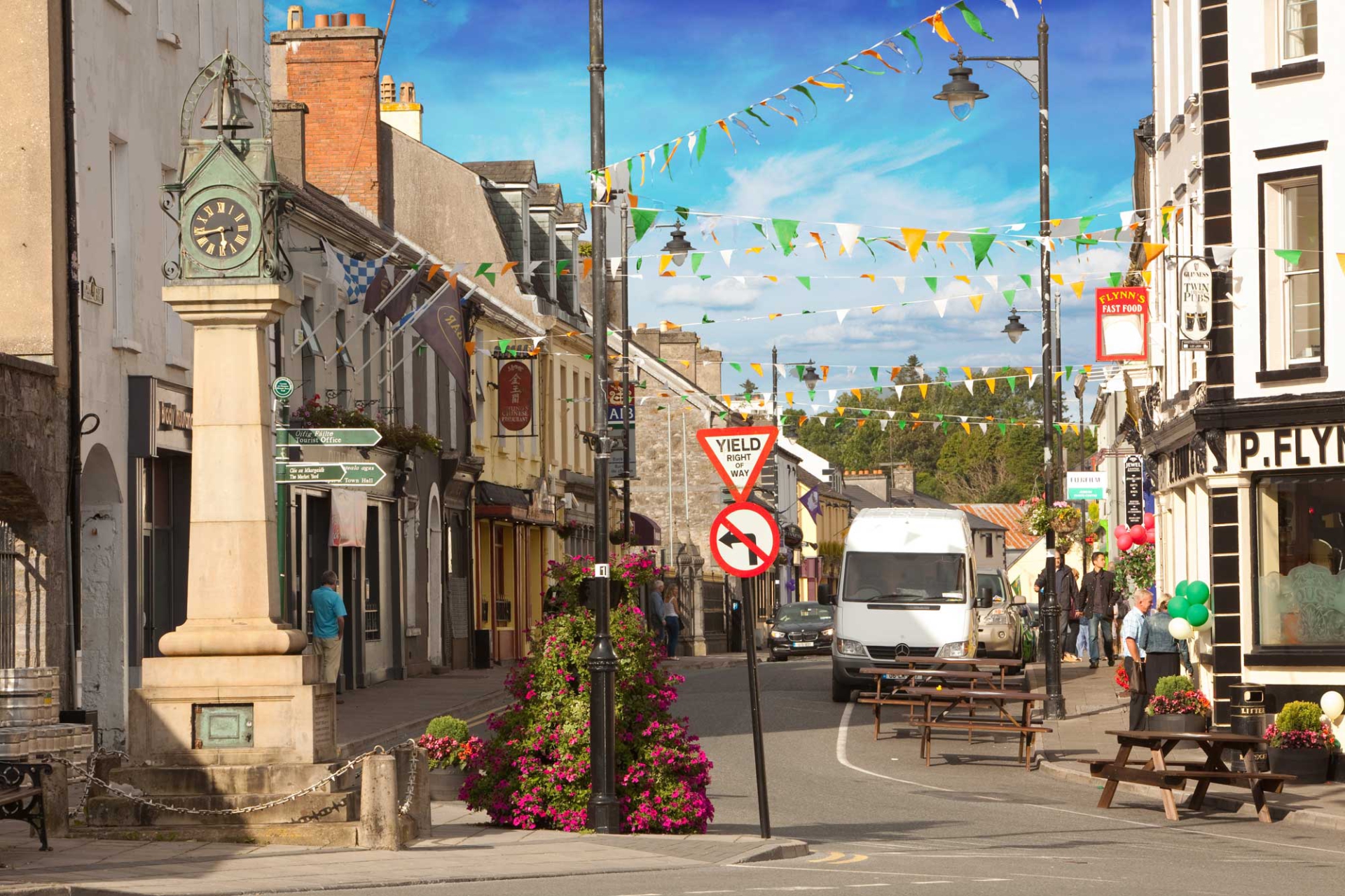 Reality: It's a bit of a sad fact but lots of people have been to Leitrim but don't seem to realise it. So here's a helping hand for the geographically challenged - Carrick-on-Shannon (above) is in Co Leitrim. So if you have been on a hen or stag to Carrick - the party capital of the country don't you know! - you have actually been to Co Leitrim. Also, if you've followed the N4 from Dublin to Sligo or driven on the N16 from Sligo towards the North or the N15 from Sligo to Donegal, then you have - you guessed it, driven through Leitrim.... Try opening your eyes next time you're on the road. 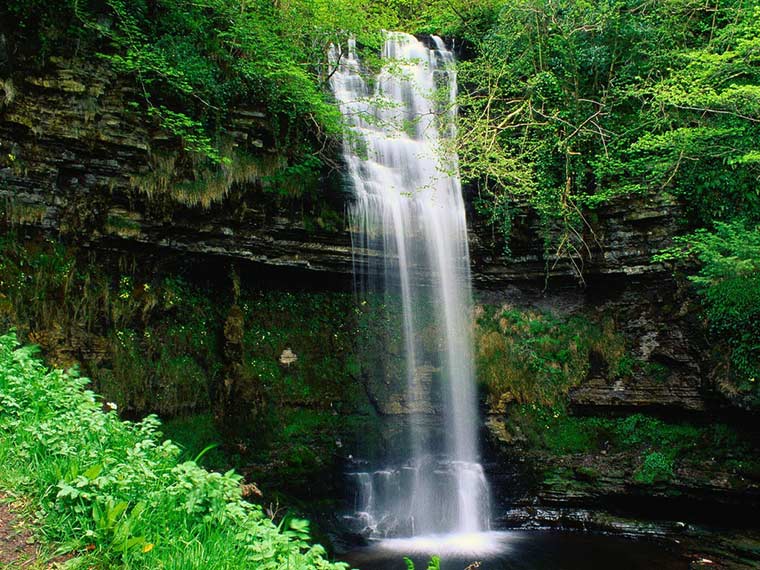 Reality: Some years ago someone started a terrible rumour that Glencar Waterfall is in Co Sligo but it is actually in Co Leitrim! Ditto for Parkes' Castle which some have tried in the past to annex into Co Sligo - it's Leitrim's, so hands off!!!

5. Myth: No one famous ever came from Leitrim 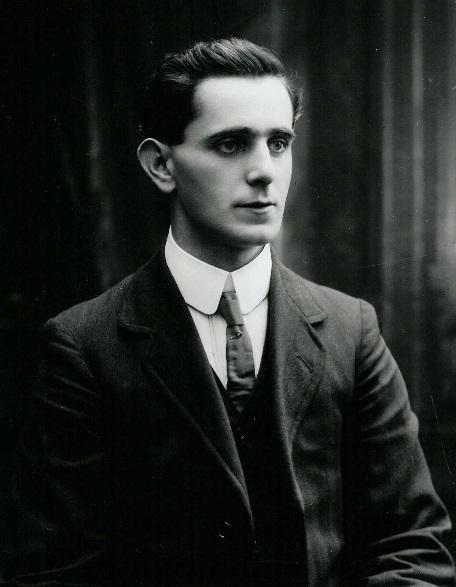 Reality: Actually there are plenty of famous people who come from Co Leitrim. Here are just a few....
- Margaret Haughery - Philanthropist also revered as Margaret of New Orleans for her work with the poor, especially children. There is a major statue to her memory in New Orleans.
- Katherine Lynch - comedian, dancer - need we say more?
- John McGahern - acclaimed Irish author who spent much of his life in Co Leitrim.
- Pat Quinn - founder of the Quinnsworth shopping empire hailed from Co Leitrim.
- Paul Williams - award winning journalist, author and star of a number of investigative programmes on the telly.
- Seán Mac Diarmada - Irish republican and one of the signatories of the Proclamation in 1916.
- Thomas Heazle Parke -explorer, naturalist. A statue has been erected in his honour in Dublin.
- James Gralton - Socialist, communist activist and only Irish person ever deported from independent Ireland.

6. Myth: No one lives in Leitrim 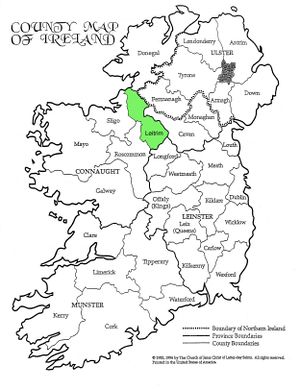 Reality: Actually 31,972 people were recorded in Census 2016 as living in Co Leitrim. This makes us the least populated county in the country, but in fairness, after years of decline, we are growing. It hasn't always been this way, in 1841 a Census recorded Leitrim's population in excess of 155,000. The county was devastated by successive famines starting in the 1820s and right through the Great Famine in the 1840s and has been hit hard by emigration, hence the low population today.

Reality: No, Co Leitrim has nearly 3 miles of coastline at Tullaghan - our only touch of sea.