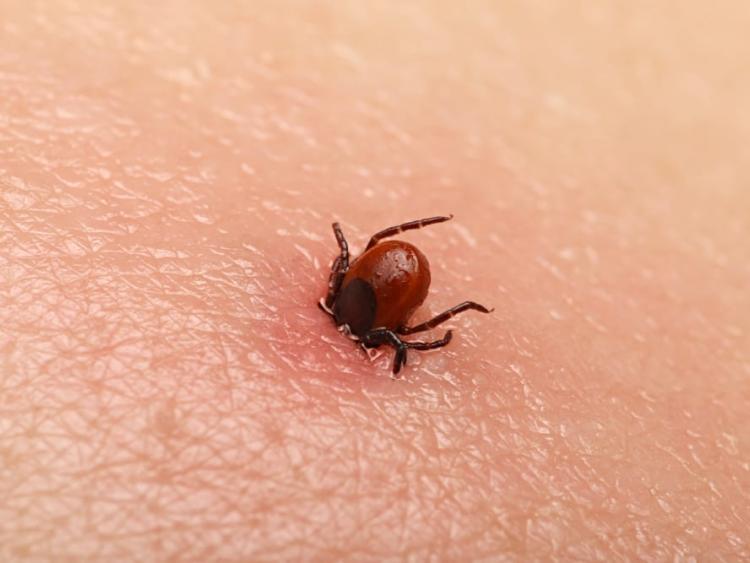 Today, April 29 is Lyme Awareness Day, and the HSE Health Protection Surveillance Centre (HPSC) has some practical advice on how to protect yourself against the disease. Now that summer is almost here, people who spend time outdoors – whether for work or leisure - should protect themselves and their families against Lyme disease, which is spread by biting ticks.

Ticks are present everywhere in Ireland, including both urban and rural areas and are active from spring to autumn. They are tiny spider-like creatures that feed on the blood of humans, animals and birds, and are more numerous and more active in the summer months.  From April onwards is the time when we expect to see cases of Lyme disease most frequently in Ireland, because this is when ticks are most plentiful.

Tick bites can be prevented by:

·         Checking skin, hair and warm skin folds (especially the neck and scalp of children) for ticks, after a day out

·         Removing any ticks and consulting with a GP if symptoms develop

Ticks will bite adult humans most commonly on the legs and also the arms. But they can bite on any part of the body, especially warm and sweaty parts of the body not covered by clothing. In children, ticks are most likely to bite around the head and neck. These are the areas to cover up and protect. These are also the areas to check following time spent outdoors. You can even check yourself and your children during the day.

“Most cases of Lyme disease are very mild and many infected people may not have symptoms. The most common sign of infection is a skin rash (known as Bullseye rash or erythema migrans). In a small number of cases however, the infection can be more severe, leading to serious nervous system, heart and joint disease,” said Dr McKeown.

Anyone who develops a rash or other symptoms should visit their GP and explain that they have been bitten by a tick. If you think you may have been bitten by a tick and you develop a skin rash speak to your GP. Your GP may prescribe antibiotics if it is likely to be Lyme disease, which will clear the infection.  Pictures of the Lyme disease skin rash can be found on the HPSC website.

Only a minority of ticks carry infection. If a tick is removed within the first number of hours, the risk of infection is low. The entire tick, including its mouthparts which might break off, should be removed with a tweezers by gripping it close to the skin. The skin where the tick was found should then be washed with soap and water and the area checked over the next few weeks for swelling or redness. You can see instructions on how to remove a tick on the CDC’s website www.cdc.gov/lyme/removal/ index.html

“Cases of a more severe form of Lyme disease - neuroborreliosis - have to be reported to the HPSC by doctors and laboratories in Ireland.  There are approximately 10-20 cases of neuroborreliosis notified in Ireland each year. However as some people will not be aware that they are infected, or will not seek medical help when unwell, so the true number of Lyme disease cases is not known. It is likely that there are at least 100-200 cases of the milder forms of Lyme disease in Ireland annually. People can find lots of information and resources on the HPSC website” added Dr McKeown.