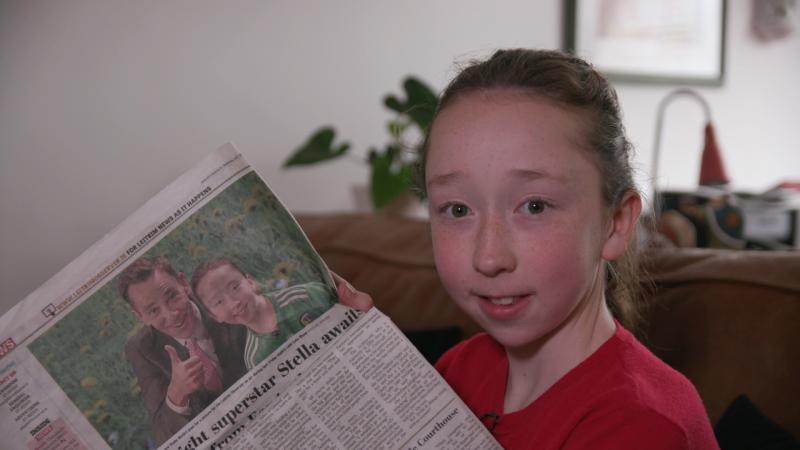 Well RTE are helping your struggle with The Late Late Toy Show Unwrapped adding to the excitement on RTE this  Wednesday, Thursday and Friday night!

The Toy Show preparations kick off as early as September and Ryan and the team head off to The National Ploughing Championships in Carlow where they are looking out for a star like last year’s Stella McGirl from Ballinamore!

The episode will catch up with Leitrim celebrity Stella who discusses her fame since being on the Late Late show twice now and making it to the front page of The Leitrim Observer.

In the show, Stella recalls the first time she learned she was going to be on the Toy Show.

"When I was told I was going to be on The Late Late Toy Show, I was delighted. Ryan was really welcoming and he put me at ease because I didn't know what to make of it.  Going back to the show in March, I just loved it," she said of her second appearance, along with a lamb, on The Late Late Show in March.

"He's very nice, Ryan is, and I just loved talking on the show and taking the picture." Stella's second appearance on the show made the front page of The Leitrim Observer.

The most watched performance from The Late Late Toy Show to date is the performance of Symphony in 2017 with over 6.5 million views to date on You Tube the Unwrapped team visit the home of young Ava O’ Donovan in Kildare, the girl in the red dress that melted all our hearts when she danced the Cha cha. Ava was born with a unique disability similar to spina bifida and has undergone multiple operations but is an inspiration to us all as she can’t stop dancing!

Toyshow Boy is young Johnny O’ Loughlin’s nickname since his appearance in 2015 when he got to meet his idol Evelyn Cusack. The programme visits him at home in Ennis where he still shares his passion with the weather and continues to play ‘Who's it gonna be?’

Plus the show follows the team as they travel to Cork for the auditions in search of the stars of this year’s Late Late Toy Show.

Episode one of The Late Late Toy Show Unwrapped, airs tomorrow Wednesday 28th at 7pm on RTÉ One.

Two more shows will air on Thursday and Friday at 7pm ahead of The Late Late Toy Show.