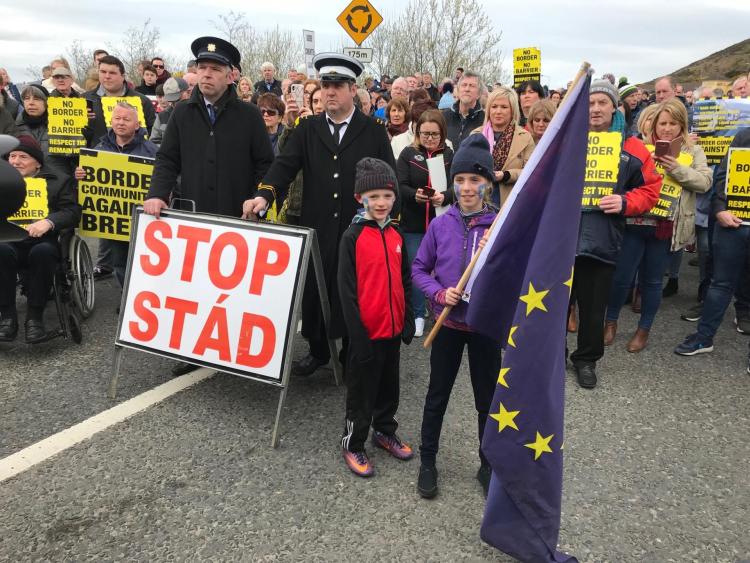 Border Communities Against Brexit held a number of demonstrations highlighting their opposition to the return of a hard border with Northern Ireland.

In April 2019 Leitrim County Council marked an important milestone, celebrating 120 years of local government. The first meeting of Leitrim County Council was held in April 1899 after 19 representatives were elected to serve the community in the first local elections on April 6 of that year.
Leitrim County Councillors were very vocal on the subject of forestry this month. In April councillors unanimously supported a motion calling for all forestry planting and extraction to be subject to the full planning process.
Proving that we're all a lot more closely linked than we may think, this month Leitrim county councillors extended an invitation to Beto O'Rourke, candidate for the Democratic nomination to run for President of the United States of America in 2020. It turns out that Beto's ancestors can be traced to Glencar in North Leitrim. 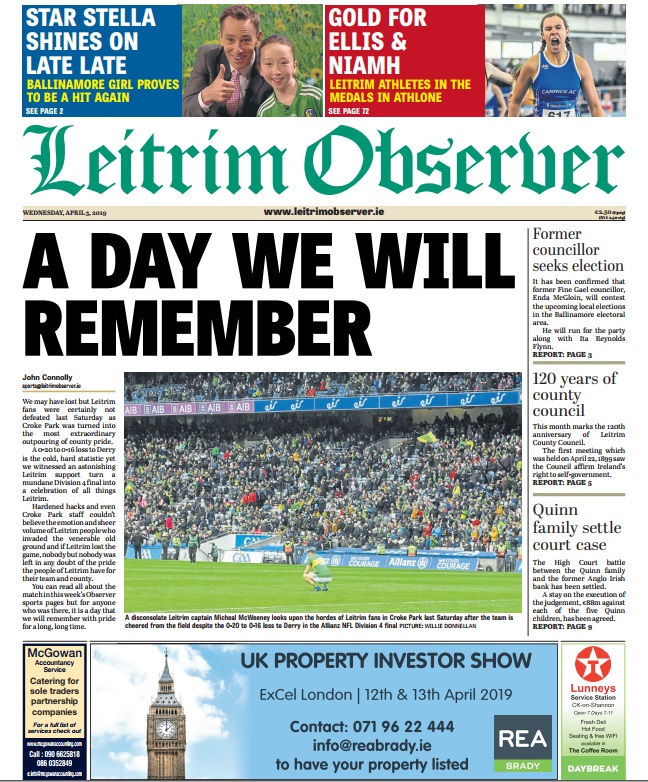 Mr O'Rourke graciously responded stating that he could not visit at this time but looked forward to bringing his wife and children home to see where his family originated.
A unique regeneration project in the heart of Manorhamilton hit the headlines this month. The W8 holiday centre provides holiday accommodation for up to 84 people in a mix of three bed townhouse and apartments along with retail facilities and a restaurant/cafe, function rooms and landscaped communal areas boasting artwork commissioned from local artists.
Gardai achieved yet another success in the war on drugs with €80,000 of cannabis plants seized after a grow house was raided in North Leitrim.
Brexit continued to be a major concern to the people of the border region with thousands attending protests in late March/early April. The protests were organised by Border Communities Against Brexit and included protests outside Croke Park and in Belcoo/Blacklion. In a statement issued to the Leitrim Observer, BCAB noted: “The staggering mess that hard Brexit supporting politicians have managed to deliver means we have even more uncertainty”.
Sadly as 2020 dawns we are still in the same situation and the position surrounding Brexit appears to be as uncertain as ever.