Year in Review: Looking back at June 2019 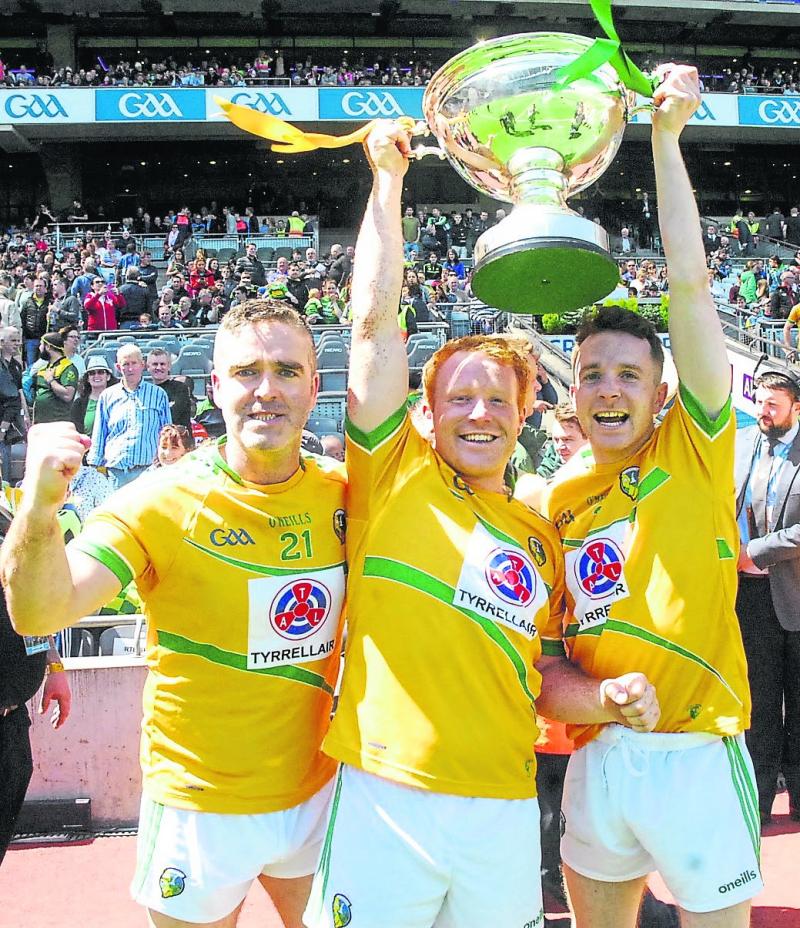 Padraig McWeeney, Gowel and brothers Paul and Fergal Earley, Aughnasheelin are pictured with the Lory Meagher cup following Leitrim's victory over Lancashire in the hurling final in Croke Park in June

The month of June got off to a rather dramatic start when gardai launched a major manhunt for three men after they crashed their vehicle into gates near a park in Carrick-on-Shannon.
The incident proved a good test for the town's newly installed CCTV system however.
Speaking of Carrick-on-
Shannon, the bypass of the town was once again highlighted as a priority in a new survey.
The North West Relocation Survey, entitled 'Why I Chose the North West' was carried out by national recruitment and HR services group, Collins McNicholas. One of the key findings was that providing a bypass of the county town is a priority if we want more people and businesses to relocate to the North West.
In more positive news and building on the county's reputation as a foodie destination, the 2019 edition of the Taste Leitrim Ultimate Guide to Places to Eat was launched to great fanfare this month. The guide contains information on 77 places to eat across five Taste Trails throughout the county.
There was more good news for Game of Thrones fans, with confirmation that filming for the prequel was taking place just a few miles from the Leitrim border in June. As a result the iconic Marble Arch Caves in Co Fermanagh were closed for a few days - we can't wait to see the final result when it is released in 2020!
Cllr Enda McGloin was elected as the first cathaoirleach of the new council in June. He had previously served as a councillor but lost his seat in the 2014 elections. He regained his seat in the 2019 local elections and will now lead the council until the new cathaoirleach is elected in June 2020. 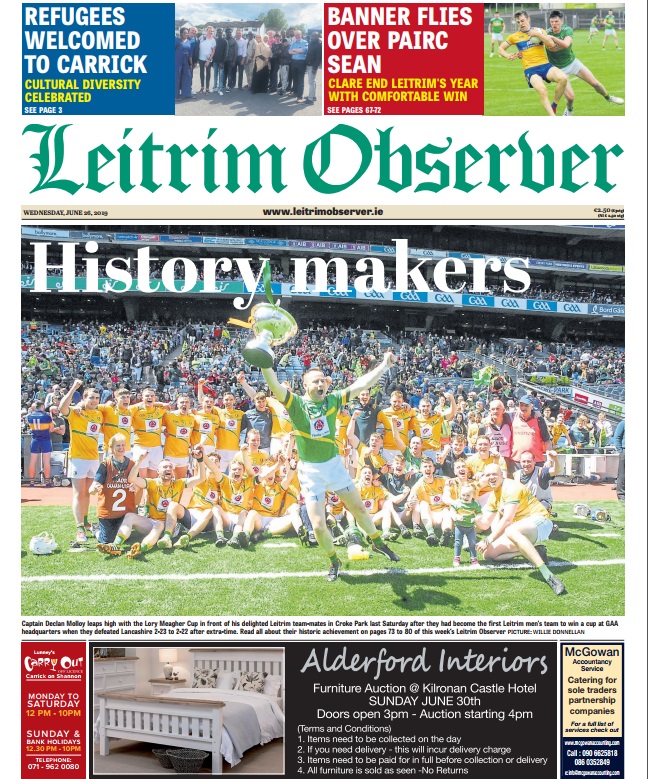 Of course we can't let June 2019 go without mentioning the huge GAA success for the county. Leitrim's hurlers made history wining the Lory Meagher Cup in Croke Park when they defeated Lancashire. Sadly the senior men's team were unable to see off a stong Clare side in the SFC qualifier.
Rounding off the month, June 28 was a landmark day for the town of Mohill as the local Town Team, with the support of Leitrim County council, launched their Economic Development Plan. The launch was the culmination of a lengthy consultative process with the community and involved numerous workshops and planning meets. The outcome of the process is a vision for the town built on the brand of Smart Green Mohill.