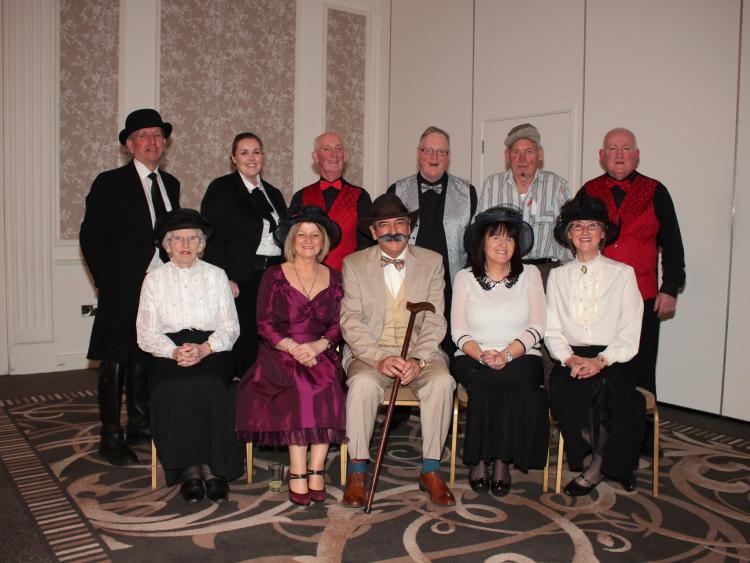 A lot has changed in a century of Leitrim life, but the songs of Percy French are still sung, his stories and writings continue to inspire and entertain and even his paintings are still loved and fetching large sums! 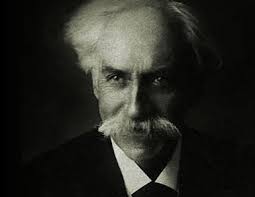 Percy French had strong Leitrim connections, he had family roots here, resided here, performed and composed works in various locations around the county. One of the most sought after artists and entertainers of the late 1800s, performing for Kings and Queens, ambassadors and dignitaries; Percy French was very much at home among the characters and landscape of rugged Leitrim.

Percy's maternal grandfather Rev WA Percy was born in Garadice Manor near Ballinamore and was rector of Kiltoghert.
As an engineer in west Cavan he spent much time across the county boundary in Leitrim and some of his songs are inspired by characters in the area such as Eileen Og, Killyrann Wrackers and My Friend McGuire.
One of his most famous songs Phil the Fluthers Ball is based on the story of Phil Reilly from Gortletteragh, who cleared his rent by having a ball in his house.

The recitation The Fighting McGuire is understood to have been composed on an incident near Ballinamore.
The Godleys of Killegar were good friends with Percy and he frequently visited the area. He also loved to visit Mohill, he performed in Hunt Hall and enjoyed relaxing in Knotts hotel.

He also spent many hours painting in the Dromod area and Carrigallen. Some of his paintings have fetched up on £44,000 in recent auctions. 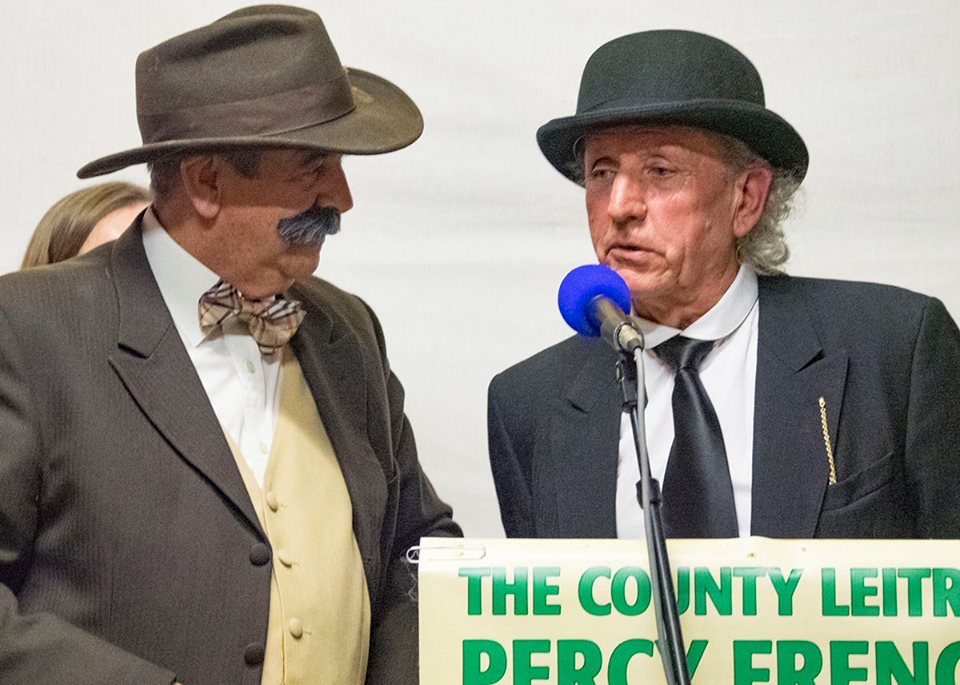 Leitrim Society
The County Leitrim Percy French Society was established in May 2012 by local Tish Dunleavy.
Tish grew up on the songs and stories of Percy. Her father Gerald was a well known tenor who performed Percy's songs and her uncle Justice Dermot Dunleavy was one of the finest exponents of the works of Percy French.

He was specially invited to perform The West Clare Railway at the closing of the narrow gauge railway line in Mohill, and performed at the centenary celebrations in Clooneyquin.
Tish, over many years, has performed the songs and recitations of Percy French.
She was joined over the years by some well known performers and by Frank Cadam who takes on the very impressive role of French during the stage show.

100th anniversary Special show
On Friday, January 24, one-hundred-years to the exact day of Percy French's death, the public will have the opportunity to travel back in time and spend a delightful evening listening to the music and songs of one of the most accomplished composers this country has produced.

From The Mountains of Mourne and Come Back Paddy Reilly to Phil the Fluter’s Ball and many many more, you can sit back and enjoy the tunes inspired locally.
The show is performed by eleven members of the Leitrim Percy French Society in period costume. Tish Dunleavy is the musical director with Frank Cadam taking the role of the great man himself.

Representatives from all over Ireland will attend this very special 100th anniversary show which will be performed in the Bush Hotel, Carrick-on-Shannon at 8pm on January 24.
The society are delighted to perform this show in The Bush Hotel, where Percy French previously sold out events.
The proceeds for the show will towards fundraising efforts for Woodbrook NS, Co Roscommon.
The show is two-hours long and will feature new stage performances and songs alongside the popular pieces.
This is the Leitrim society’s first show of 2020, they will also perform in Derry in April, Roscommon in May and in Carrigallen later this year.