LEITRIM: Looking back at what made the news in January 2020 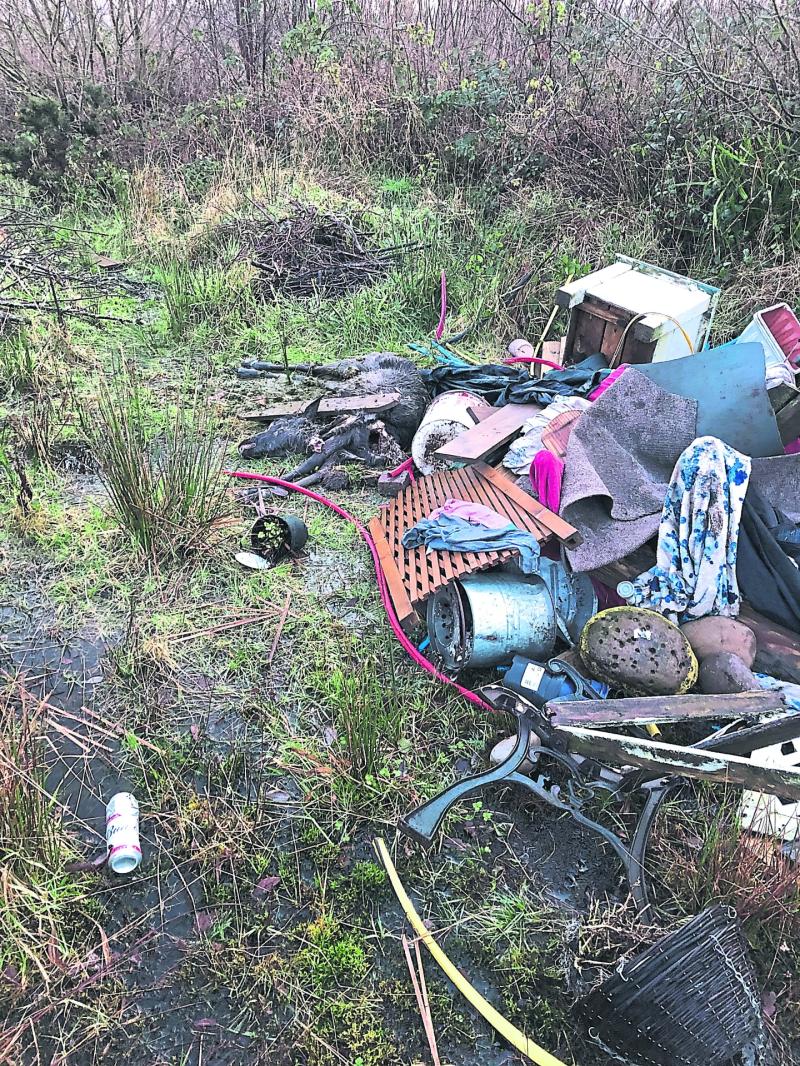 More illegal dumping was reported at the start of 2020

2020 got off to a very positive start in January with local towns reporting a booming trade over the Christmas/New Year period and Leitrim County Council marking a successful Diaspora Day, which aimed to showcase the county to returning emigrants.
Leading the way for the new decade Keshcarrigan based company, SkywatcherVR launched the world's first complete virtual reality recording studio while fans of award winning Moone Boy celebrated the news that the show had been included in the New York Times list of the 20 best international offerings on television.
There was some controversy in January as plans to commemorate the RIC and DMP drew an angry response from Leitrim County Council as well as other local authority representatives around the country. Councillors said they could not condone the "thuggery of the black and tans" and said no representative from Leitrim County council should attend the planned commemoration.
The race for the Dáil continued to heat up this month with the election in early February, there were plenty of candidates visiting the area to secure those last few vital votes.
Long-serving MEP Marian Harkin announced her intention to run as an Independent candidate while Sinn Féin's Chris MacManus announced he would not be contesting the upcoming general election. Instead the Sligo man opted for Europe, taking over from Sinn Féin's Matt Carthy after his election in Cavan/Monaghan a few weeks later.
In total 19 candidates remained to fight it out for just four seats in the newly drawn up Sligo/Leitrim/ North Roscommon and South Donegal constituency.
In a shocking end to the month news emerged that more than 30 horses and donkeys have been abandoned in Drumcong Forest, many of which were left to fend for themselves and found with serious injuries while carcasses, bones and skulls were also discovered.
The animals were abandoned in the forest near Annadale over the last 12 months. Leitrim's Animal Warden Service made an appeal for any person with information to come forward.
“It is disappointing to learn that someone is clearly dumping these animals deliberately and their actions are an offence under the Animal Health & Welfare Act. Anyone with any information is asked to come forward to speak confidentially with the Leitrim Animal Warden Service or the ISPCA,” said a spokesperson for the Service.