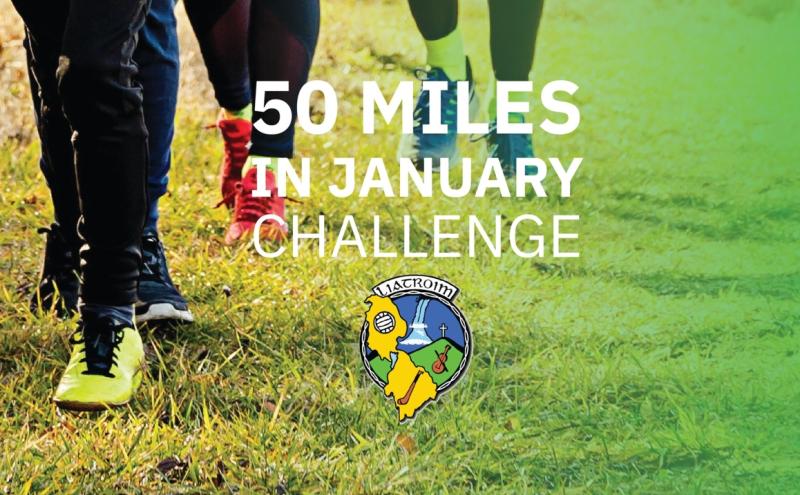 The phenomenal success of Leitrim GAA's 50 Miles fundraiser has seen Leitrim people coming together all over the world for “the love of their county.”

This weekend Chairperson Enda Stenson, Treasurer Martin McCartin, and Senior Team Manager Andy Moran will visit New York and collect over €20,000 raised by Leitrim emigrants.
The fundraiser has raised a total of €150,000 so far but Chairman Enda Stenson believes it could hit €170,000 by the end of this month.

Over 1,500 people took up the challenge to walk 50 miles in January, and many went over and above that challenge. 1,050 donation pages were set up and thousands of Leitrim people from over 62 countries added to the fund. 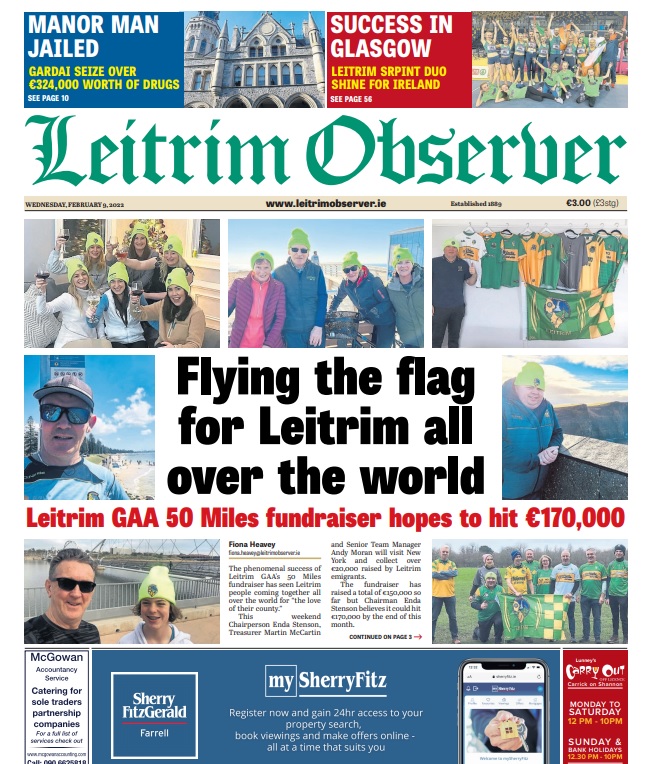 Most of the sums donated were small, but together “they will make a difference.” The money raised will go towards the development of GAA across the county from U12s up to the Senior Men's Team.
1,400 Leitrim GAA hats were printed “but we needed much more,” Stenson admits. He said it has been an inspiration to see people so proud to wear their hats all over the country and around the world.

Leitrim GAA want to thank everyone who contributed, big and small, to the fund. Leitrim County Council donated €20,000 and their inclusion helped promote the county. People out for their walks posted pictures and videos and helped to publicise the beauty of Leitrim.
“The whole country knows we were out walking” Stenson said noting the very important mention on the Late Late Show.
Seamus O'Rourke recited an entire monologue on his 50 mile Challenge on the programme a few weeks ago. “No one asked him to do that, he decided to play his part and inform the nation,” the Chairperson explains.
Last year the fund raised just over €100,000, the committee didn't think they could top that, but this year the interest has been through the roof.

“It has been an extraordinary coming together of Leitrim people,” Stenson continues, adding that Leitrim people felt connected to each other through this.
The Chairman said there is a buzz around Leitrim “which has not been seen since 1994,” adding new manager Andy Moran is part of it, but it is even greater than just that. He noted the great crowd down in Thurles for the Tipperary game and said it was wonderful to see young children and Leitrim supporters over 80 years out flying the flag. Leitrim GAA hopes to recognise the Leitrim effort across the UK when they visit London this year.
What is special about this fundraiser is that no door was knocked on, no one was harassed to buy a ticket, “ordinary people just got on board.”

You can still donate here.
If you didn't take part this year it is hoped the fundraiser will return in 2023 - for the 3 in a row!