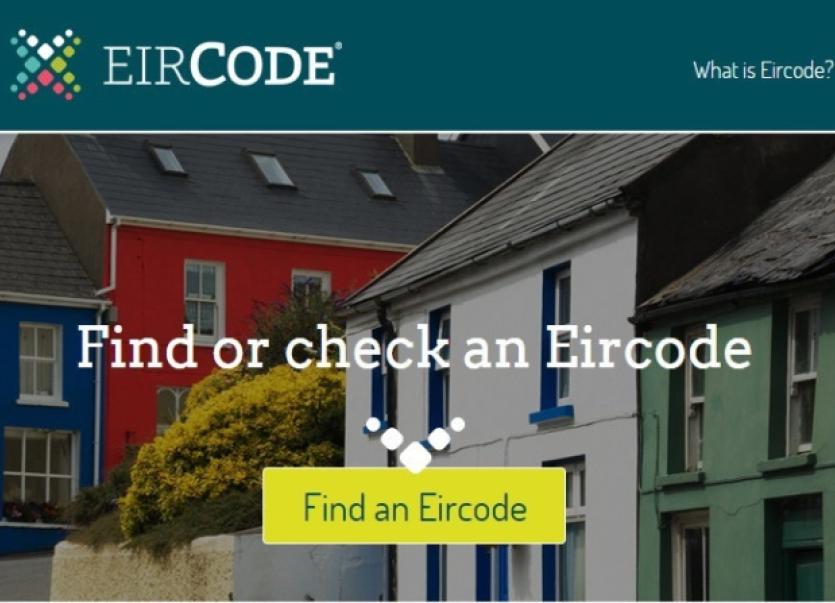 Over the next two weeks 2.2m homes and business across the State will be sent their new Eircode in the post.

Over the next two weeks 2.2m homes and business across the State will be sent their new Eircode in the post.

For those in Co Leitrim, letters should be arriving some time between July 17 and 21 outlining the seven character alpha-numeric code for their address.

The new system is optional, which begs the question of why bother introducing it, if you aren’t going to make it compulsory. But Eircode stress that the new codes will help everyone find addresses more easily, “ensuring more accurate deliveries” and “making it quicker and easier for medical emergency services to locate addresses”.

The company behind the introduction of Eircode believe use of the new codes will be widespread within two years.

However there are substantial critics of the new system, not least of all the Freight Transport Association of Ireland and high-profile members including UPS and DHL who say the Eircode design isn’t compatible and they won’t be using it.

The fact that the second half of each Eircode has been randomly generated, meaning that neighbouring properties will have completely unconnected codes, make it impossible to predict or learn codes for different areas.

Emergency services have, according to national media, expressed concern that the design will make it impossible for responders to predict where a call is originating, meaning that each time they are dispatched to a location they are starting from scratch.

But the Director of the National Ambulance Service, Martin Dunne, claims there will be more rapid identification of non-unique addresses in rural areas, where townlands often have more than one house.

The fact that people will not be able to use Eircodes with satnavs and google maps at the moment to find addresses, has also led to criticism but Eircode say they are working to address this.

Householders have also expressed concern about the system as some homes and businesses have found themselves listed under incorrect counties on the Eircode site, while others report their homes have been left without a code while at least one twitter user has reported that while his home hasn’t been given a code a nearby cowshed has.