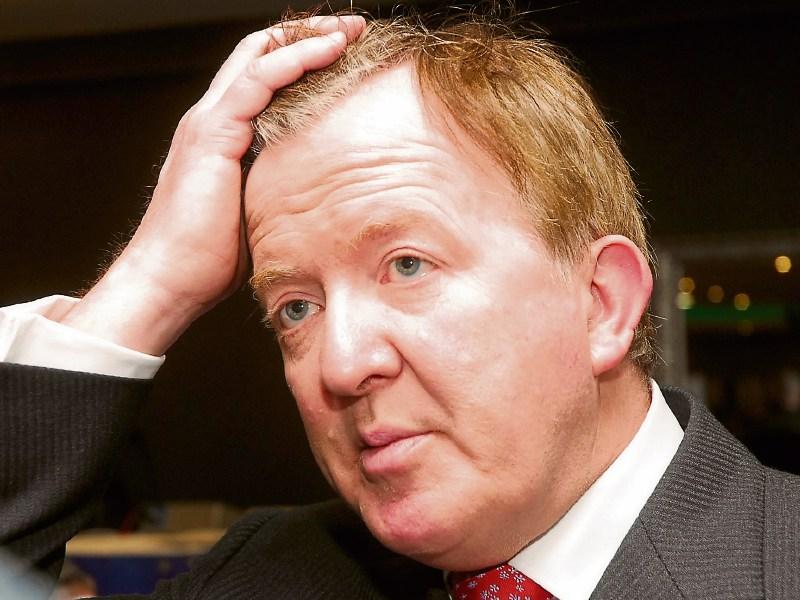 John Perry cast a lonely figure as he entered the count centre in Sligo for the first and final time around lunchtime on Sunday.

There was certain nervousness about people as they shook his hand and offered their sympathies to the Ballymote politician losing his seat.

Having garnered just 4,403 first preference votes it was obvious from the conclusion of the tallies that he was on the way out. There was no need to talk of transfers and seconds in his case.

All along in the run up to this general election the national media had been citing him to retain and take one of the four seats in the new constituency but listening to those on the ground this was going to be an uphill battle.

Most prominent in the pre-election talk was his High Court challenge to be added onto the Fine Gael ticket after failing to be selected at convention coming fourth on the list behind Gerry Reynolds, Tony McLoughin and Michael Comiskey.

There was a great deal of talk about a sympathy vote but this failed to resonate with the voters.

At the count he was immediately surrounded by a media scrum as this was one of the big talking points of the weekend.

He had acceded early on the previous day that he wasn't going to make it.

However he cut a very lonely figure as he stood alone surrounded by reporters as his wife and son stood on the outer circles.

But he was not here to play the blame game. He was here to acknowledge the work of all who campaigned for him, the support of his family and to thank the voters.

When asked some of the bigger questions he would not be drawn.

He was queried about comments made by his election agent who put the defeat down to the arrogance of the party but Perry would only comment that this was a personal opinion.

As to the future of the party he also remained tight lipped.

As he said he was not here to criticise or to judge it was day merely to say thank you.

And neither would he be drawn on his own future, within or outside politics. Spanning a 30 year career, 19 of that within Dail circles he refused to say what the future holds for John Perry.

As he left the Clarion Hotel it was just his wife and son who walked with him. Two people stopped to shake his hand but he did not dally or delay.

John Perry was glad to get away from a count that can only hold bad memories for him.