Execution of MacDiarmada remembered by a nation

Remembered in the same place where he died 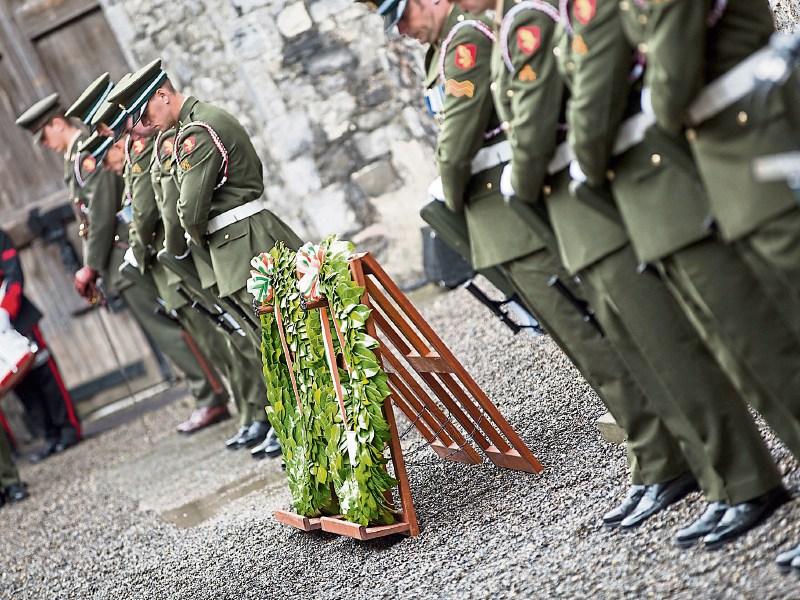 Seán MacDiarmada was last week remembered and commemorated in the same place where he died 100 years ago.

MacDiarmada was executed on May 12th, 1916, the last, with the exception of James Connolly, to face the firing squad.

Each of the 15 men executed in Ireland after the Rising - Roger Casement was hanged in England - were remembered in similar services that recognised they died for a common cause, but also remembered their individual qualities as men and qualities.

The stonebreaker’s yard in Kilmainham Gaol was half bathed in light; half in shadow for the event which was held 100 years to the day after his execution.

Even in the sunshine, its high walls make it cold. Kilmainham Gaol was according to Min Ryan, the woman who might have been his wife and the last to see MacDiarmada alive, a “brutal place”.

The commemoration service began with the reading out of the charges against MacDiarmada. It consisted of two charges: a serious one of staging a rebellion with a view to assisting the enemy and a trifling one of causing “disaffection among the civilian population of his Majesty” for which he was found not guilty.

The evidence against him was also enumerated. One officer recalled how MacDiarmada, who had been stricken with Polio in 1911, could not walk to custody after surrendering on April 29th.

“I asked him why he could not march. One of the others told me his leg was paralysed.”

Present and outgoing ministers were present at all of the commemorations. Some stuck to formulaic scripts but the new Minister for Social Protection, Leo Varadkar, made a more considered contribution.

Mr Varadkar enumerated MacDiarmada’s many qualities as seen by his fellow volunteers. “He was hailed by one volunteer as the mind of the revolution.”

Minister Varadkar continued, “It was a fair description. He was a man of intellect, of great organisational ability who inspired all those around him with his courage.”

He referenced MacDiarmada’s close friendship with Tom Clarke, another man with a strong Leitrim connection, and remembered the words of Clarke’s wife Kathleen noting MacDiarmada had been Tom Clarke’s “most loyal comrade”.

MacDiarmada, Mr Varadkar pointed out, was described by those who knew him as a “monarch among men”.

The words of the Capuchin priest Fr Eugene McCarthy, who ministered to MacDiarmada in his final hours, were also recalled. MacDiarmada told him: “The principles for which I give my life are so sacred that I now walk to my death in the most calm and collected manner.”

A wreath was laid by Mr Varadkar and by Pat MacDermott from Belfast, a grand-nephew of Seán MacDiarmada. Two dozen MacDermotts made the trip to Kilmainham Gaol for the commemoration.