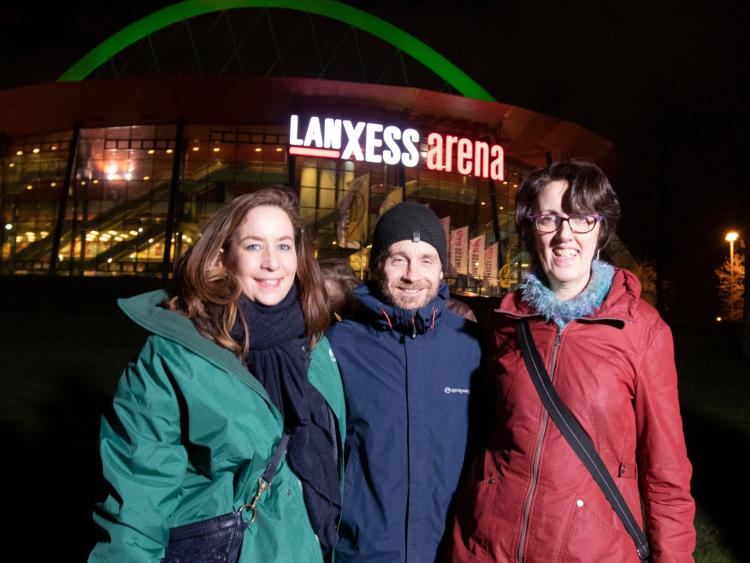 More than 25 tourism businesses – including Leitrim Surf Company and Tawnylust Lodge – joined Tourism Ireland and Ireland West Airport Knock in Cologne over the St Patrick’s weekend, to promote the new Ryanair flight from Cologne to Knock, which begins in June. Their aim was to highlight the new route and to bring a taste of Wild Atlantic Way hospitality to important travel professionals in that part of Germany.

Some of the group also attended the ‘greening’ of Cologne’s Lanxess arena, one of the largest arenas in Europe, which took part in Tourism Ireland’s Global Greening initiative for the first time.

Commenting on the visit, Tourism Ireland’s Head of Mainland Europe, Finola O’Mahony said: “We were delighted to work with Ireland West Airport, Fáilte Ireland, B&B Ireland and tourism businesses across six western counties to bring a taste of the Wild Atlantic Way to Cologne on St Patrick’s Day and to highlight this important new service from Cologne to Knock. Germany is an important and growing tourism market, which delivered over 750,000 visitors to Ireland last year. Our aim is to generate further growth in 2019 and years to come and, in particular, to encourage more visitors to explore the regions and less-visited areas. This new service will help us deliver on that objective.”

Tourism Ireland has an extensive programme of promotional activity under way in Germany this spring. Activity has included a major TV campaign on a range of channels including ARD, ZDF, SAT.1, RTL, Super RTL, VOX and Disney – which reached around 17 million viewers. A second TV campaign will run in the autumn. A busy programme of co-operative activity with key partners is under way; and Tourism Ireland’s publicity programme in Germany will generate positive coverage for the island of Ireland this year worth more than €60 million.