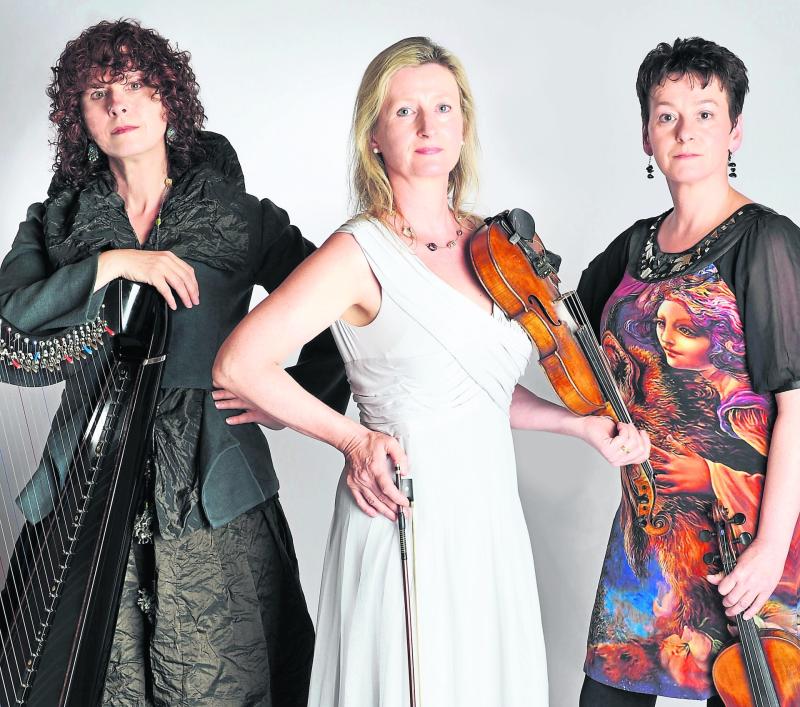 The Casey Sisters perform in the Coleman Centre, Gurteen on June 18 at 8.30pm

The extraordinary Casey sisters will perform in the Coleman Music Centre, Gurteen, Co Sligo on June 18 at 8.30pm.

These renowned sisters from West Cork - fiddler singer and composer Nollaig, harper, and composer Máire, and singer, fiddler and composer Mairéad –received great critical acclaim for their début CD together, Sibling Revelry one of the Folk Albums of the Year.

The Cork Folk Festival commissioned the sisters to write a suite of new music for its 40th anniversary. Corcach: A Journey, which received its premiere in St Fin Barre's Cathedral, Cork, is a 45-minute collection of original·music and song inspired by the city’s·colourful history, ·from its 7th century monastic origins through to its vibrant present. It is hoped to record it in 2022.

A documentary about Máire and Nollaig was first broadcast on TG4 on November 29, 2020 as part of its 'Sé mo Laoch series, recently re-broadcast, and is still available to view on the TG4 Player.