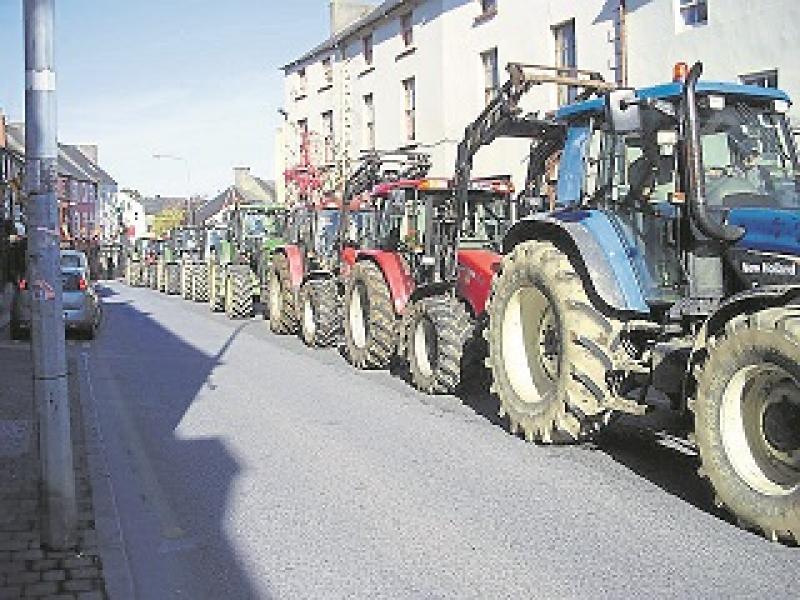 A large turnout of tractors and their drivers are expected to participate in the sixth annual Manorhamilton IFA Tractorcade, which takes place as usual on New Year’s Day, starting from Manor Mart at 2pm on this Monday January 1st, 2018.
The chosen charity from the event is the North West Hospice. The North West Hospice in Sligo is now running for 31 years and it requires a million euro annually in voluntary contributions to operate its services, which are urgently required by many families each year.
After it leaves from Manor Mart on Monday the cavalcade of tractors will do a tour of Manorhamilton going via Main Street, Seán MacDiarmada Street, Castle Street, the Rossinver Road, the Park Road and the New Line.
When it reaches the roundabout at the end of the New Line on the N16 it will continue down the Enniskillen road (N16) as far as Thompson’s Cross, turning left past St. Michael’s Church, Glenfarne and going through onto the Manorhamilton/Kiltyclogher Road at Lissinagroagh after which it will rejoin the N16 at Blackpark before returning to Manorhamilton.
With over 60 tractors expected to participate people are urged to exercise caution and to obey the stewards, as well as the assisting Gardaí, when the event is in progress.
Over the past five years the Manorhamilton IFA Tractorcade has raised several thousand euros for different charities that provide invaluable services to many members of the local community.