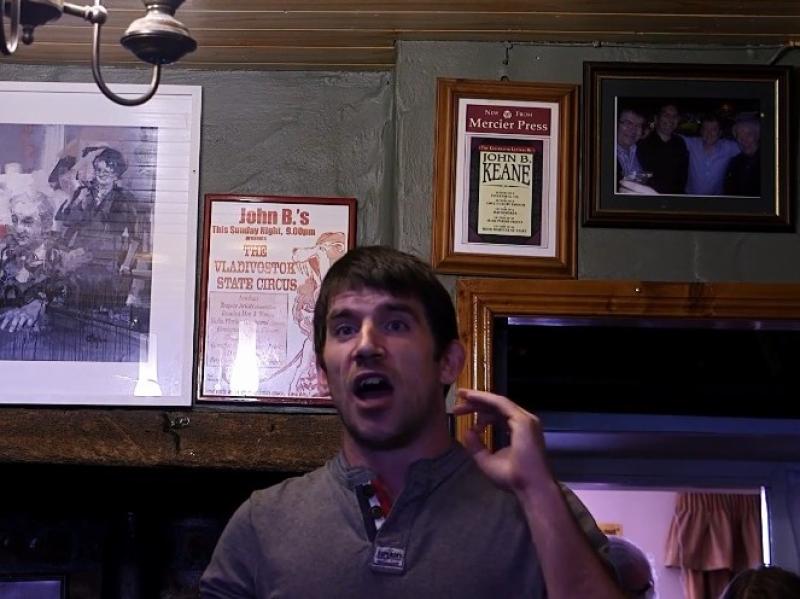 Manorhamilton's Stephen Murphy has gone viral once again after his rendition of his poem 'Before You Push the Chair' that was recited in the renowned John B Keane Bar in Listowel, Co Kerry was posted online recently.

Stephen has long been gathering a reputation for his raw and powerful poetry that has an ability to engage audiences even when he tackles the most difficult of subjects.

In 'Before you Push the Chair' Stephen confronts one of the most challenging issues facing Ireland and in the above video he does so in a manner that leaves the audience captivated ultimately resulting in a deserved standing ovation.

Stephen's work has been praised by President Michael D Higgins who said his poetry is "A precious contribution to our human condition, and joyful too in its possibilities envisaged."