Putting the heart back into cycling in Ireland's hidden heartland 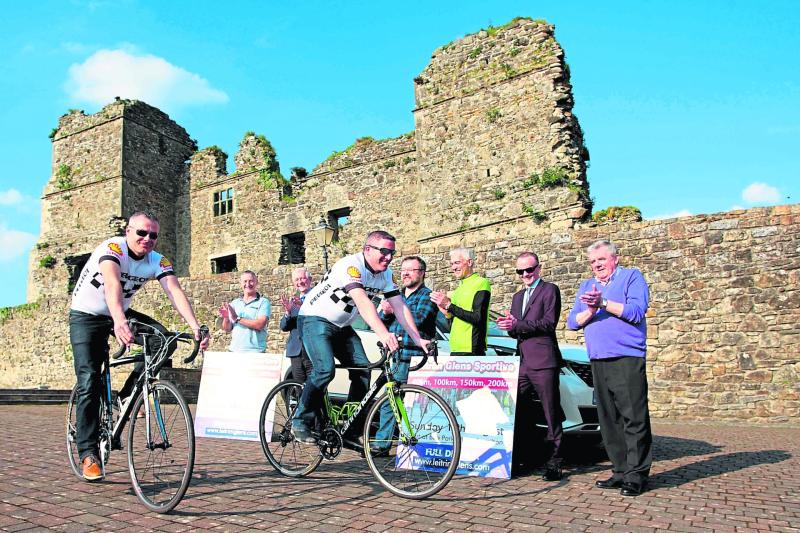 Leitrim Glens Sportive now in its third year is putting the heart back into cycling as well as putting Leitrim on the map for cyclists all around the country with its new signage.

The one day Sportive which takes place on August 19 has increased its range of routes with 40km and 150kms added to its already established, 100 kms and 200km routes catering for both the leisure cyclists out there as well as those who crave a challenge.

This year the Leitrim Glens Sportive will have a special place in its heart as it supports a major regional charity that helps people with Multiple Sclerosis.

The MS North West Therapy Centre based in Sligo caters for people from 9 counties including Leitrim.

Vincent Hunt who has lived with MS for 24 years is the Chair of Voluntary Fundraising with the charity. He likens MS to the insulation of a heating system. When the body attacks the myelin sheath that protect the nerve cells, messages aren’t getting to where they are supposed to get, and that can happen anywhere in the body. He couldn’t feel his legs when he first developed his symptoms.

You can’t underestimate the importance of talking to someone. “When you are diagnosed it’s a big scare” says Hunt who speaks from first hand experience. Doctors were uncertain whether he had a tumour, virus or MS. It took a definitive diagnosis in London in 1994 to find out he had MS.

It was only in London too that he found out about the centre in Sligo right on his doorstep. This experience has made Hunt passionate about spreading the word, so that people can know about the services that the centre has to offer.

The Centre provides services for free including essential supports that don’t involve long waiting lists, of physiotherapy reflexology, massage, aromatherapy and counseling. Clients are asked to support fundraising events or enter a monthly draw if they can.

In 1995 when he walked into the centre there was 80 people been catered for. “Now there’s five times as many,” says Hunt.

A new respite centre in Woodhaven added to their services cost €1.2 million, the majority of which was built through fundraising by the local community. The facility gives both carers and clients a chance for a break or holiday. “Its like a 5 star hotel” he says as well as being “wheelchair accessible for people with disabilities.

The holiday facility also provides recreational options and can organise outings in the local area.

The service provided by the centre is a lifeline for many in the region, being one of only two in the country. Hunt cannot reiterate enough on how the centre has been there for him as a user. Now he gives back managing their two shops in Ballymote and Sligo, as well as helping with their fundraising. “Its my second home” and adds “I am part of the family” says Hunt. "In the centre all clients are supportive of each other like a family”

This year will see Leitrim Glens Cycling Club hold its sportive on behalf of the charity and they will partner up with Kevin Egan cars from Sligo who are putting together a sponsorship package with their cars and head turning jerseys. Sportive participants will also be able to get a chance to see first hand new continental style cycling signs on route achieved through Leader funding, the first of their kind in the country.

Cyclists can register in advance online on  http://www.leitrimglens.com/register or on the day.