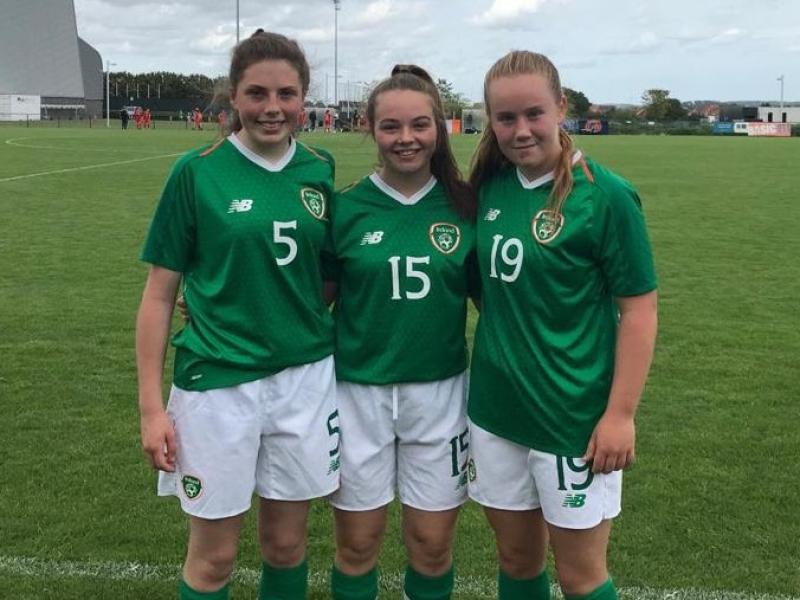 Manorhamilton's Muireann Devaney featured for the Republic of Ireland U17s yesterday in the first of two friendlies against Belgium.

Muireann was introduced as a second half substitute while Sligo Rovers team mate Sarah Kiernan made her international debut and Emer O'Neill was an unused substitute.

The final 6-2 scoreline in favour of Belgium doesn't do justice to Ireland's efforts as they had a second half chance to level matters at 3-3 but when that was spurned Belgium hit Ireland on the counter-attack to establish a two goal lead.

Reflecting on the game Ireland's head coach James Scott said: "Looking at positives, we had seven players make their international debut. A lot of new players in the team so it was a great learning curve for those players and it would have been the first time those players would have been involved in a game of that intensity as well.

"We got the game back to 3-2 just after the break and had a great chance to make it 3-3, but it just went wide. They came down the other end and scored but that is what happens at this level.

"It's great to be able to test ourselves against that quality opposition and I just said to the players there, that is the level we need to get to and aspire to. We've got another game on Wednesday and we'll look forward to testing ourselves against them once again."

INTERNATIONAL: Sarah Kiernan made her Republic of Ireland WU17 debut as she was a second-half sub in a 6-2 defeat against Belgium.

Muireann Devaney also came on in the second-half, while Emer O’Neill was an unused sub.@mcconvilleortho #wu17 pic.twitter.com/U8N1giwcUZ